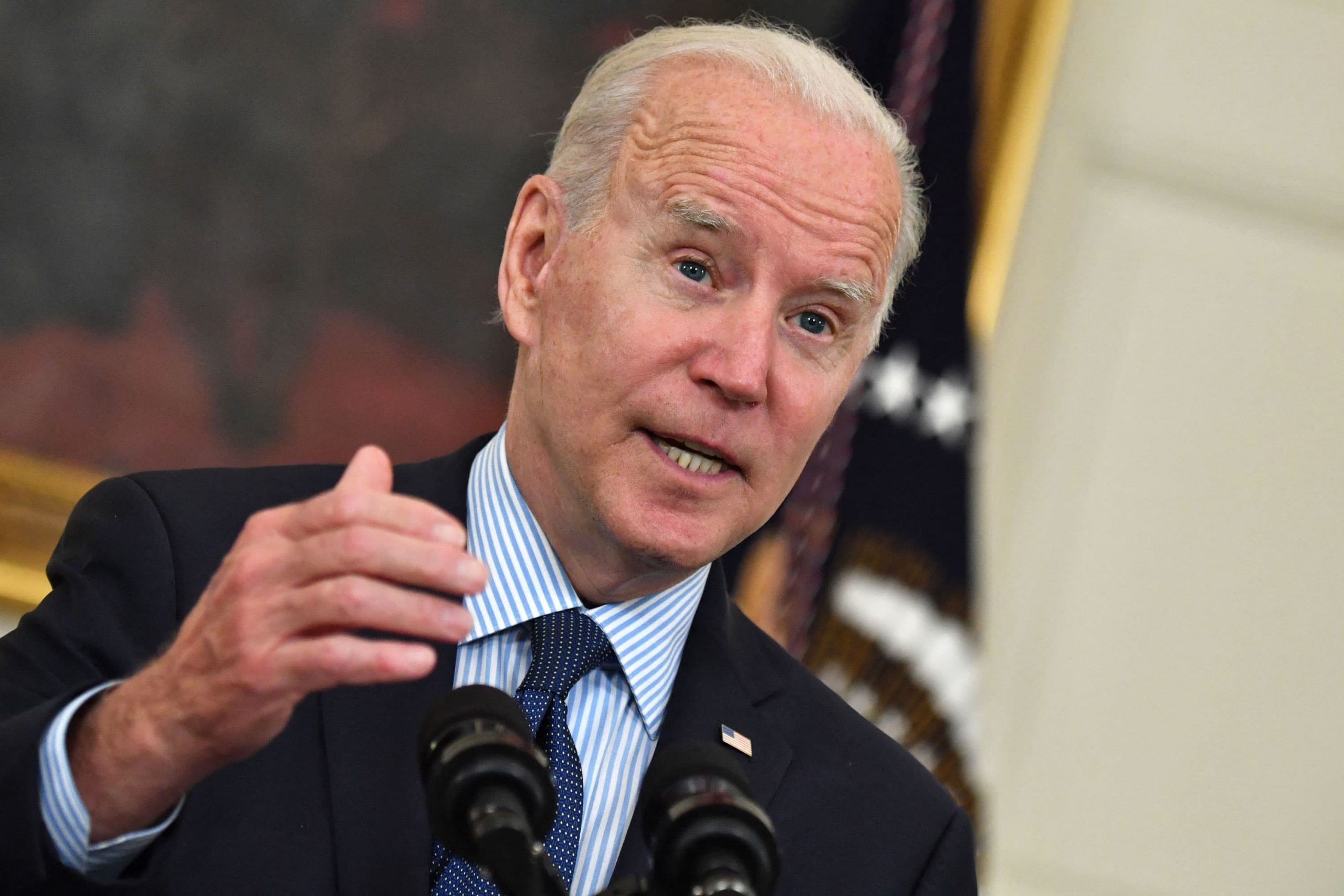 US President Joe Biden speak about the Covid-19 response and the vaccination program in the State Dining Room of the White House on May 4, 2021.

President Joe Biden on Monday urged U.S. companies to boost pay for workers as he outlined the steps his administration is taking to spur hiring after disappointing job creation in April.

The president said his administration will distribute more of the coronavirus relief funds included in Democrats’ $1.9 trillion aid plan as reopening businesses search for employees.

The federal government will start allowing state and local governments to apply for part of a $350 billion relief pool, push to streamline distribution of aid to child care centers and begin sending grants to 16,000 struggling restaurants and bars, among other efforts.

Biden said the White House does not “see much evidence” that the $300 per week federal unemployment benefit in place until September has deterred people from taking jobs, adding that “Americans want to work.”

Even so, he said, anyone “offered a suitable job must take the job or lose their unemployment benefits” unless they have specific concerns related to Covid-19.

The president put the onus on employers who have accepted federal relief to offer good pay, protect workers from the virus and encourage vaccination so Americans feel comfortable taking jobs.

“My expectation is that as our economy comes back, these companies will provide fair wages and safe work environments,” Biden said in remarks at the White House. “And if they do, they’ll find plenty of workers.”

U.S. nonfarm payrolls grew by 266,000 in April, well below expectations of about 1 million jobs created, as the unemployment rate ticked up to 6.1%. The report Friday raised questions about how companies can entice workers in a reopening economy and what role the government should play in encouraging hiring.

Biden downplayed the slow growth, saying the economy is “moving in the right direction.”

Yet the president has said the disappointing data showed the need to increase vaccinations against Covid-19 and pass his infrastructure and economic recovery plans. Democrats have said parts of his proposals, including provisions to expand affordable child care and paid leave, will make it easier for parents to accept jobs.

Republicans and business organizations have questioned the need for the $300 per week enhanced federal unemployment benefit as much of the country prepares to lift economic restrictions. The payments were extended as part of Democrats’ $1.9 trillion pandemic relief package.

Critics of the enhanced benefits contend they discourage Americans from taking jobs that may not pay them as much as unemployment insurance does. A lack of child-care options for job seekers and safety concerns as the virus lingers have likely played a major role, as well.

A White House fact sheet released Monday said “workers may not turn down a job due to a general, non-specific concern about COVID-19 and continue to receive benefits.” People could reject an offer and keep receiving unemployment if they have a child at home who cannot go to school due to the virus, or if an employer does not comply with federal or state health standards, among other reasons, the administration said.

As Democrats draft economic recovery legislation and Biden prepares for negotiations with Republicans, the president’s plans may not get through Congress for weeks or months. The White House may also have to scale back the proposals to win approval in the Capitol, even under special budget rules that would require only Democratic votes.

Another Biden priority that could make employers boost wages — a $15-per-hour federal minimum wage — did not make it into the coronavirus aid package earlier this year. A standalone bill to boost the pay floor faces long odds of Senate approval.