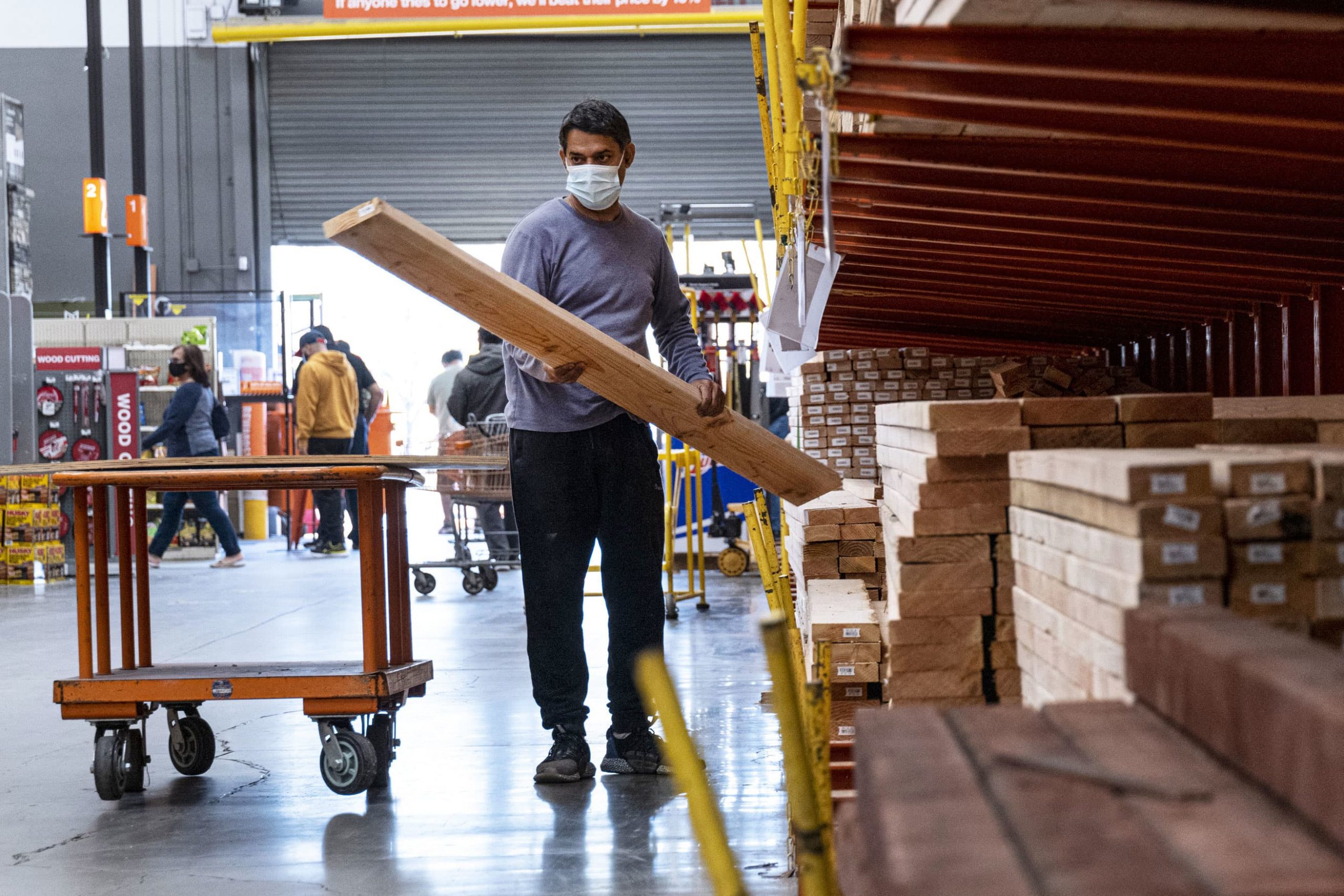 The U.S. economy is trying to restart its engine after tumbling into its deepest recession in generations, but a variety of supply chain constraints are threatening the country’s rebound.

The country faces major shortages in everything from labor to semiconductors, lumber and packaging materials. Not even swimming pools can be counted on this summer with the U.S. running low on chlorine. The scarcity left and right is not only preventing the economy from reaching its full potential, but it’s also raising fears of higher inflation as companies are forced to hike prices amid the low supply.

People swim in a pool at a country club in Bloomfield Hills Township, Michigan, U.S., on Monday, June 8, 2020.

“These shortages, both labor and non-labor, will affect the speed under which the economy recovers,” Barclays head of U.S. economics research Michael Gapen said. “Labor and non-labor inputs are complements in production. You need both. If I can’t get my semiconductors to make my autos, then I don’t necessarily need to hire more labor right now.”

The U.S. labor force participation rate remains well below pre-pandemic levels as many Americans have yet to go back to work. This is partly due to generous unemployment benefits and childcare duty.

Meanwhile, manufacturers are struggling to catch up with a jolt in demand amid supply crunches in components and raw materials. This has stalled the rebound across broad swaths of the economy from housing to services, tech, autos and leisure.

“This is going to be a longer process coming out than when it went in,” Gapen said. “Like the global economy is recovering at an uneven pace, it’s likely that the U.S. economy is going to do the same. There are some kinks to still work out in the system.”

While the labor market is ready to snap back, there appears to be a lack of available workers to keep powering the grand recovery.

Hiring was a huge letdown in April, with nonfarm payrolls increasing by just 266,000, compared to a Dow Jones consensus estimate of 1 million jobs.

“This is a labor market that is 10 million jobs short of where it should be. But unlike the normal shortages that we have, I think this is just as much about a shortage in labor supply as it is about a shortage of labor demand,” said Jason Furman, an economist at Harvard University and a former Obama administration advisor.

Companies are struggling to hire workers at a time when Covid infection risk persists. Federal jobless benefits, as well as child care obligations with many schools still closed, could be preventing many Americans from re-entering the labor force.

The labor force participation rate plunged to its lowest level since 1973 in April 2020 as the pandemic kicked a massive number of workers out of the jobs market. While the rate has edged higher in the following months, it is still stubbornly below pre-Covid levels — 61.7% in April versus more than 63% before March 2020.

“We have job openings at record levels, we have workers voting for their confidence in labor markets with near-record levels of quits,” Furman said. “If you look at April, it appears that there were about 1.1 unemployed workers for every job opening. So there are a lot of jobs out there, there is just still not a lot of labor supply.”

When the Covid-19 pandemic hit, an already red-hot semiconductor industry experienced a demand explosion in products like smartphones and computers, causing an unprecedented supply shock that grips businesses across the board rushing to meet orders.

The semiconductor scarcity has been well documented by executives on earnings calls this quarterly reporting season. At least 70 S&P 500 companies highlighted the chip shortage during their earnings calls over the past three months, according to a CNBC analysis of FactSet data.

Ford Motor said the chip crunch slashed first-quarter vehicle volume by 17%, hitting 2021 free cash flow by $3 billion. CEO Jim Farley warned the impact to production will get worse before it gets better.

Tesla CEO Elon Musk said the electric carmaker suffered “some of the most difficult supply chain challenges” in the firm’s history in the first quarter.

“Insane difficulties with supply chain with parts – over the whole range of parts. Obviously, we’ve heard about the chip shortage. This is a huge problem,” Musk said on an April 26 earnings call.

It’s not just electronics and autos — companies of all types are updating investors on the fallout of the semi crunch. Chips have become such a ubiquitous component to so many products that firms selling medical devices, chemicals, apparel and even tobacco are sounding the alarms, according to the analysis.

Lumber — the wood used to frame a house as well as in cabinets, doors and flooring — saw its prices surging more than 80% this year and up 340% from a year ago. The soaring prices were triggered by a combination of reduced supply amid pandemic shutdowns and surging demand for new homes.

Brooks Mendell, president and CEO of forest industry consulting firm Forisk, said Monday on CNBC’s “Worldwide Exchange” that consumer demand for lumber did not slow down even when many manufacturers were forced to halt operations.

“Beginning last year when Covid and the recession hit, the sawmills slowed down, projects that were expanding mill capacity slowed down,” he said. “But meanwhile, everybody at home kept doing their projects, home demand continued and repair and remodeling just kept cooking along.”

The shortage led to the average price of a new single-family home increase by nearly $36,000, according to an analysis by the National Association of Home Builders.

There is also a major shortage in packaging materials such as plastics, paper and metals, which drove packaging costs up more than 50% since the start of the pandemic, according to data from Mintec Global.

A rapid rise in e-commerce during the lockdown created a surge in demand for paper packaging materials, which tightened supply further amid reduced wastepaper from the retail sector, according to analysts at Mintec.

Supply is also expected to be limited for longer as many paper mills stop for scheduled maintenance in the spring, the analysts said.

Prices for most plastic materials are trending at multiyear highs, with U.S. polypropylene prices more than doubling year over year, according to Mintec. On top of lockdown restrictions at the height of the pandemic, plastic markets were hit by substantial plant outages in the third quarter caused by hurricanes followed by severe winter storms during February.

Mintec also said logistical problems including container bottlenecks and a lack of shipping containers have led to an exponential rise in freight costs.

It’s widely expected that some of the supply chain bottlenecks and increasing price pressures will get passed down to consumers.

“Over the course of 2021, goods price inflation will be above its longer-term trend,” Gapen said.

Economists expect the consumer price index to rise by 0.2% in April from March following a 0.6% gain the prior month. But on a year-over-year basis, the index is expected to look sizzling with a 3.6% jump, according to Dow Jones.

Chlorine had already been more in demand than usual this past year due to pandemic-induced home improvement projects and staycations. Then a chemical fire erupted at one of the country’s major manufacturers of chlorine products in Louisiana, cutting off a key source of supply.

Chlorine prices started to rise after the August fire, data from IHS Markit shows, and are up 72% from January 2019 levels. The plant is not expected to reopen until 2022.

Americans may be forced to seek alternatives this summer such as converting pools to saltwater systems. Those, however, are also in short supply.