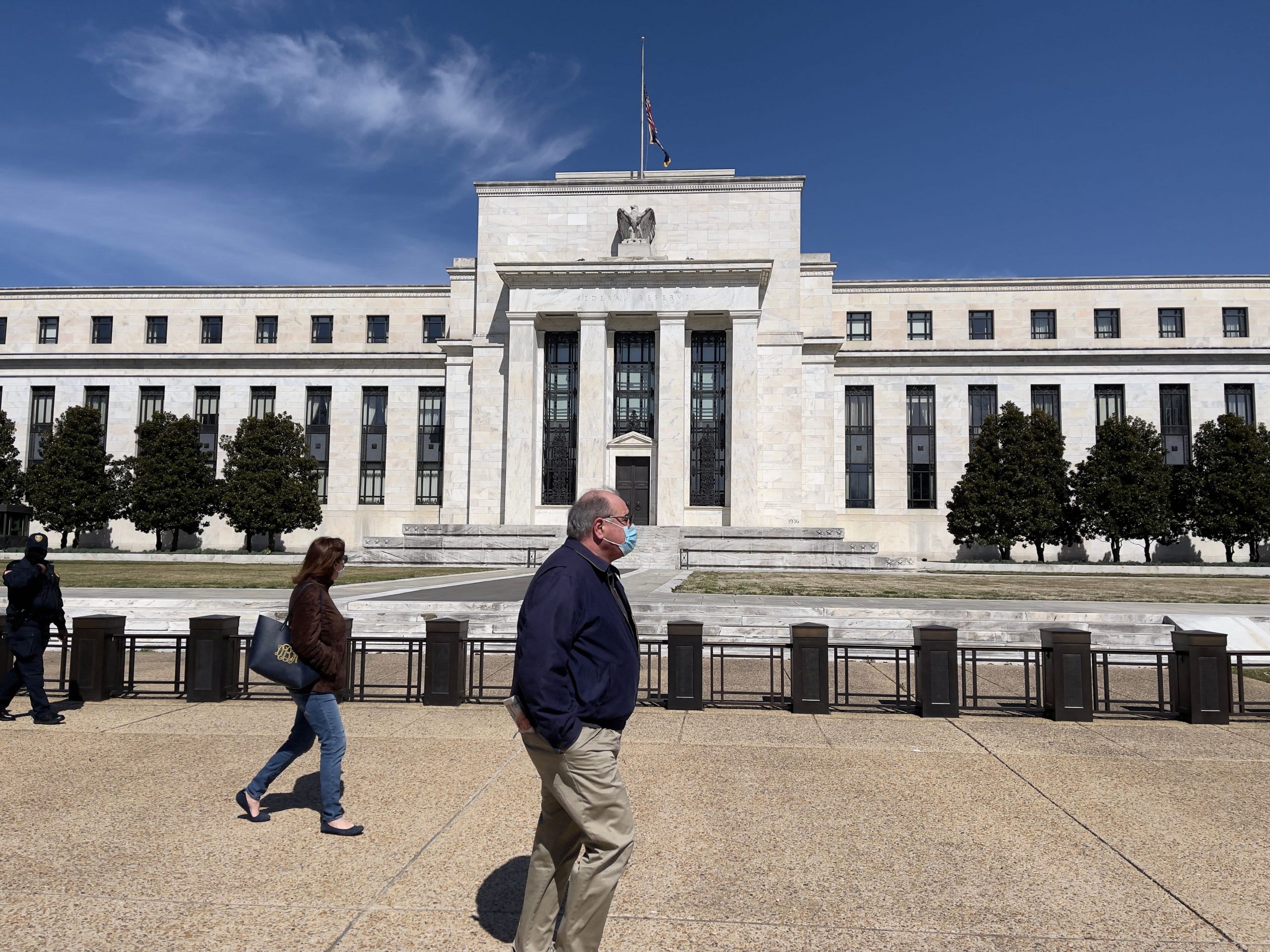 People walk past the Federal Reserve building on March 19, 2021 in Washington, DC.

The Federal Reserve is facing a big summer ahead as markets look for clues about when the ultra-easy policy measures put in place during the pandemic might finally start to unwind.

Investors got their first indication this week when minutes from the central bank’s last policy meeting featured a discussion in which some members said it would be time soon to talk about rolling back at least one of the key tools the Fed has used to guide the economy.

The critical part of the meeting summary released Wednesday noted that “a number of participants suggested that if the economy continued to make rapid progress toward the Committee’s goals, it might be appropriate at some point in upcoming meetings to begin discussing a plan for adjusting the pace of asset purchases.”

To the market’s ears, the passage sparked talk of “tapering,” a word that generally makes investors nervous as it means the Fed will start reducing the $120 billion or so of bond buys it makes each month. That program, also referred to as quantitative easing, has been a lynchpin for markets, which have consistently risen and fallen with the size of the central bank balance sheet for more than a decade.

Fed officials have pledged plenty of warning before an actual tapering happens, so the presence of such talk at the April meeting likely sent the first signal that a reduction in purchase is on the table, with more information to come in the months ahead.

“Everyone knows the critical period is going to be here by fall,” said Jim Paulsen, chief investment strategist at the Leuthold Group.

Market consensus is that the Fed will start dropping breadcrumbs between now and when central bankers gather in August at their annual symposium in Jackson Hole, Wyoming, presented by the Kansas City Fed.

A short history of tapering

The Jackson Hole highlight will be the keynote speech from Chairman Jerome Powell, who last year used the event to lay out a groundbreaking new policy path for the way the Fed approaches inflation.

This year, Powell will be staring down what is likel