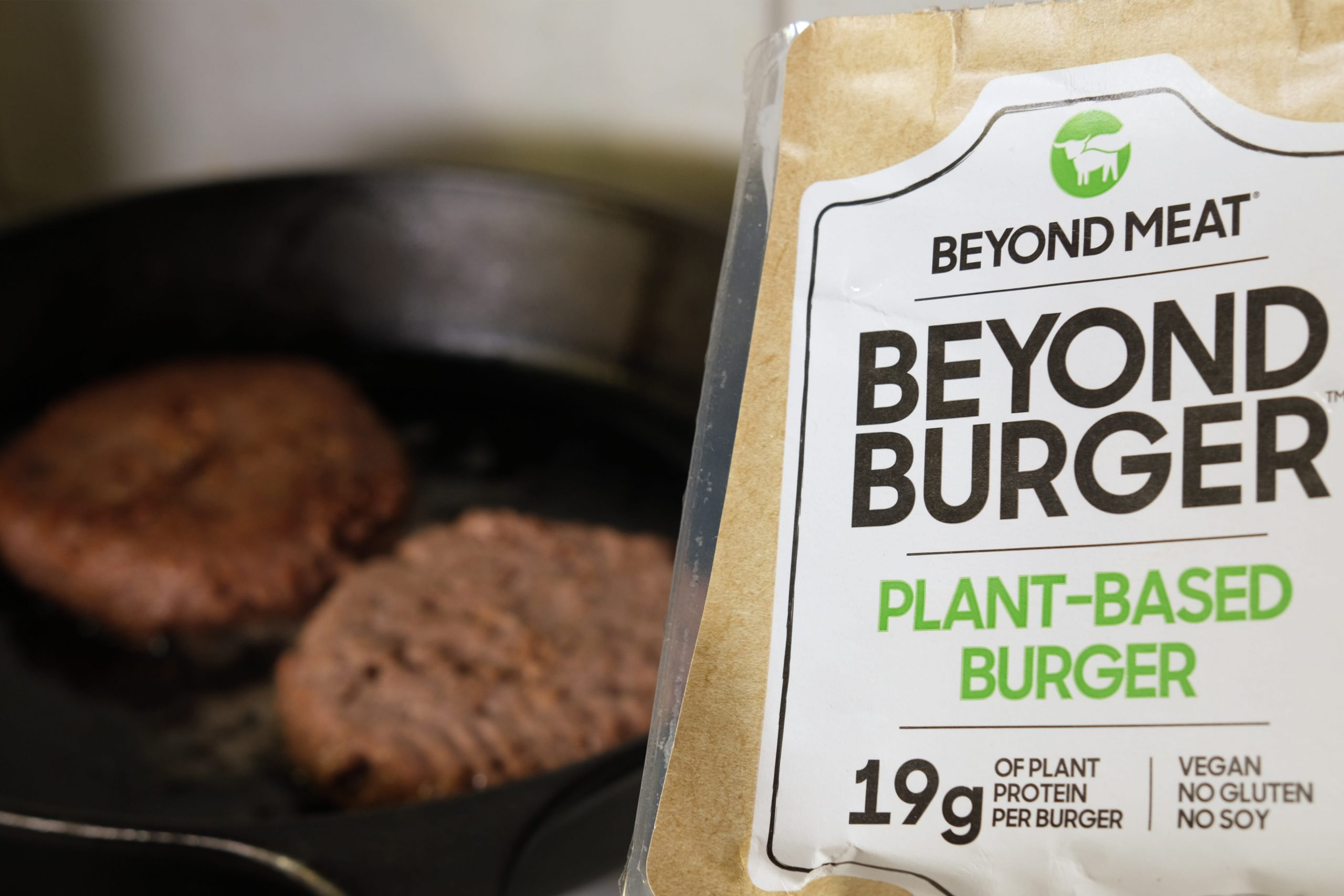 Patties of Beyond Meat Inc.’s plant-based burger Beyond Burger are cooked on a skillet.

Beyond Meat — Shares of the alternative meat company surged around 10% after Bernstein double upgraded the stock to outperform from underperform. Beyond Meat’s stock is down nearly 40% since January, but Bernstein said sales should gain steam again as the economic reopening widens.

Virgin Galactic Holdings – Virgin Galactic shares jumped roughly 19% following the company’s Saturday spaceflight test. The test, which is a step forward for the space tourism company, had previously been delayed for more than six months. At one point on Monday the stock turned positive for 2021.

AMC Entertainment — Shares of the movie theater chain jumped about 12% after the company’s largest shareholder Dalian Wanda Group, a Chinese conglomerate, sold most of its stake in AMC. A Securities and Exchange Commission filing on Friday shows Dalian Wanda sold 30.4 million shares for about $427 million.

Norwegian Cruise Line — Shares of the cruise operator popped about 3% in midday trading after the company announced plans to return cruising in the U.S. this summer.

HP — The tech stock rose about 0.5% after Citi upgraded HP to buy from neutral. The firm said in a note to clients that demand for personal computers should remain strong post pandemic.

Moderna — Shares of Modera edged 1.6% higher after the pharmaceutical company announced a manufacturing agreement Saturday with South Korean biotech company Samsung Biologics. The move will enable Moderna to provide its Covid-19 vaccine outside of the U.S. starting in the third quarter of 2021, the company said.