Black Wall Street was shattered 100 years ago. How the Tulsa race massacre was covered up and unearthed 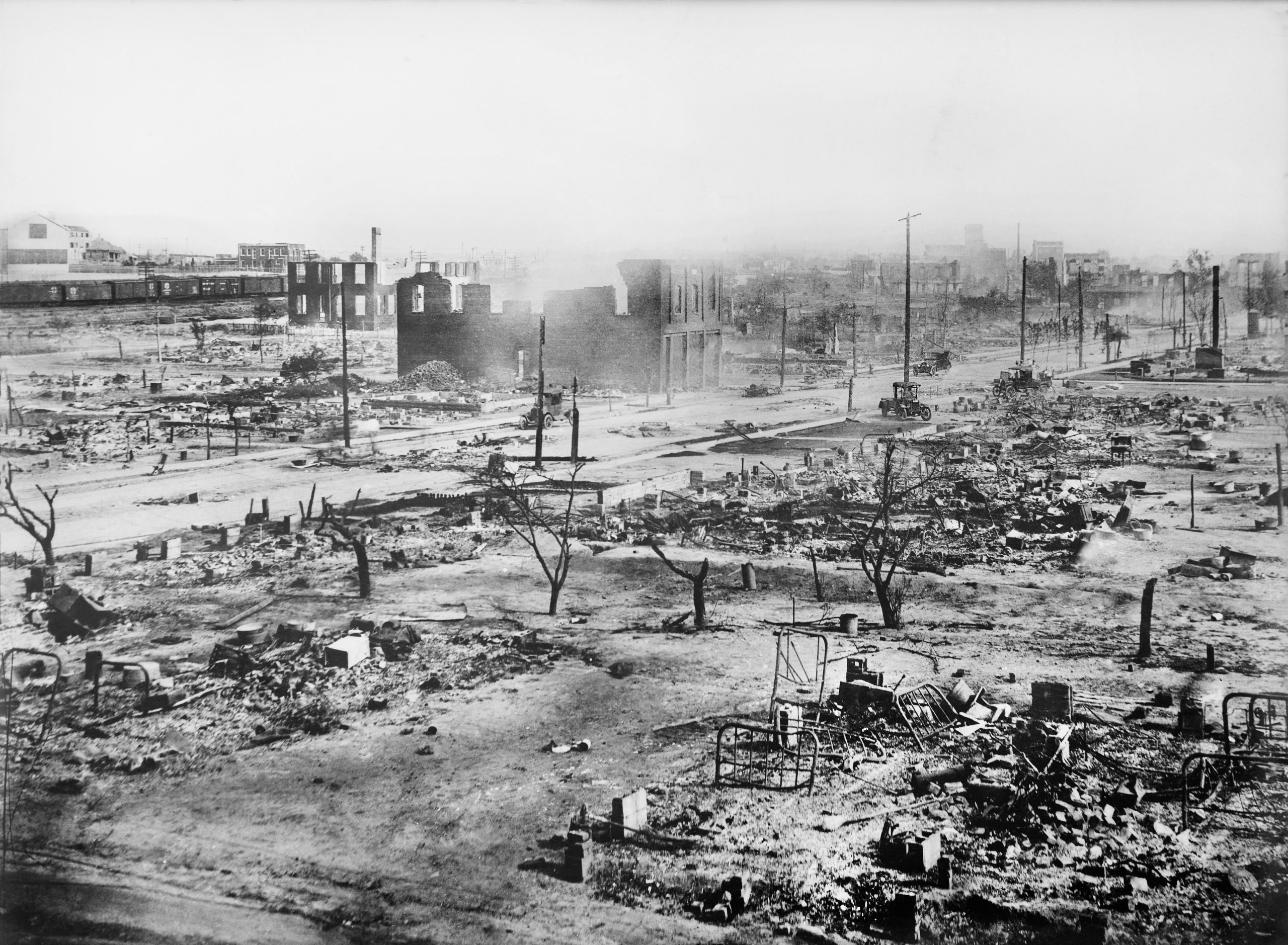 Ruins of the Greenwood District after the massacre of African Americans in Tulsa, Oklahoma, in June 1921. American National Red Cross photograph collection.

A century ago this week, the wealthiest U.S. Black community was burned to the ground.

At the turn of the 20th century, the Greenwood District of Tulsa, Oklahoma, became one of the first communities in the country thriving with Black entrepreneurial businesses. The prosperous town, founded by many descendants of slaves, earned a reputation as the Black Wall Street of America and became a harbor for African Americans in a highly segregated city under Jim Crow laws.

On May 31, 1921, a white mob turned Greenwood upside down in one of the worst racial massacres in U.S. history. In the matter of hours, 35 square blocks of the vibrant Black community were turned into smoldering ashes. Countless Black people were killed — estimates ranged from 55 to more than 300 — and 1,000 homes and businesses were looted and set on fire.