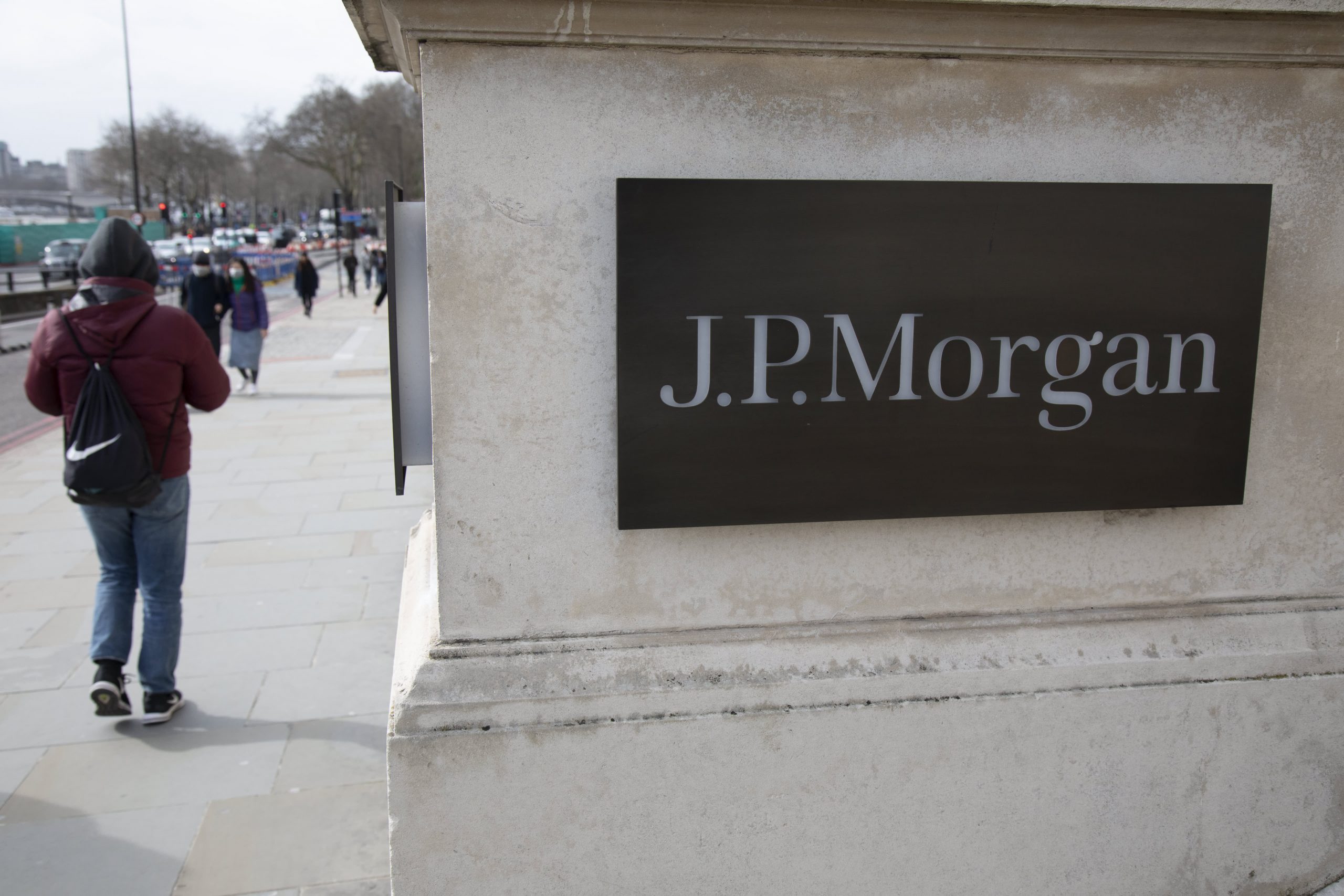 The U.S. banking giant said the deal, which is still subject to regulatory approval, would complement its plans to launch a standalone digital bank brand in the U.K. later this year.

With more than £3.5 billion ($4.9 billion) in assets under management, Nutmeg is one of the U.K.’s largest robo-advisors. The company offers a range of investment accounts, including ISAs, pensions and general investment accounts. Rivals include the likes of Wealthsimple, Moneyfarm and Moneybox.

JPMorgan CEO Jamie Dimon said last year that he would be “much more aggressive” in searching for acquisitions to help the biggest U.S. bank by assets add capabilities. He may have been motivated by the deals that rival Morgan Stanley has made in recent years – spending $20 billion to snap up E-Trade and Eaton Vance.

Dimon has also talked about girding JPMorgan against both fintech players like PayPal and Big Tech firms including Alphabet.

By striking out a digital-first effort in the U.K., the bank can expand outside the U.S., where it has an extensive network of physical branches and leading positions across retail and institutional businesses. Those efforts could eventually be applied beyond the U.K., the bank has said previously.

“We are building Chase in the U.K. from scratch using the very latest technology and putting the customer’s experience at the heart of our offering, principles that Nutmeg shares with us,” Sanoke Viswanathan, CEO of international consumer at JPMorgan, said in the statement.

“We look forward to positioning their award winning products alongside our own, and continuing to support their innovative work in retail wealth management.”

The deal comes months after the two companies announced a partnership that allowed the fintech firm to offer ETFs created with help from JPMorgan, the biggest U.S. bank by assets.

This isn’t the first time JPMorgan has bought a fintech firm after initially partnering with it. In December, JPMorgan said it was acquiring 55ip, a Boston-based start-up that helps financial advisors automate the construction of tax-efficient portfolios.

Nutmeg CEO Neil Alexander said customers should “expect the same level of transparency, convenience and service that helped make us a leading digital wealth manager in the U.K.”

Britain is home to an increasingly crowded retail banking market, with challengers like Revolut, Monzo and Starling gaining a follow