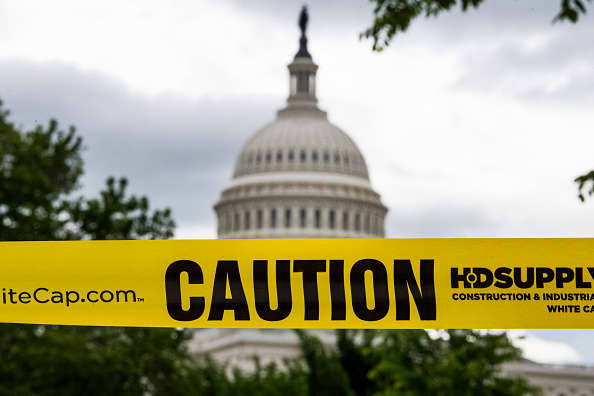 The federal government will be swimming in $3 trillion of red ink by the end of fiscal 2021, according to a Congressional Budget Office estimate released Thursday that swelled 33% from the last forecast.

As a result of multiple stimulus measures aimed at combating the pandemic’s economic impact, Congress will run a budgetary shortfall this year equivalent to 13.4% of GDP, the second-largest level since 1945 and exceeded only by the 2020 spending.

The CBO last released a deficit estimate in February, when it saw a deficit $745 billion smaller than the one projected now. Under the current projections, the $23 trillion portion of government debt held by the public would bump to 103% by the end of the current fiscal year.

The deficit in 2020 totaled $3.13 trillion and already is at $2.06 trillion through the first eight months of the fiscal year. Total government debt is now $28.3 trillion, of which the public holds $22.2 trillion.

“The economic disruption caused by the 2020–2021 coronavirus pandemic and the legislation enacted in response continue to weigh on the deficit (which was already large by historical standards before the pandemic),” the office wrote in a report.

There was some good news: The CBO raised its estimate for gross domestic product to gain 7.4% by the end of 2021 and 2.8% a year through 2025, well above its historical norm. Unemployment also will continue to decline, the report said, until it falls to around 4% in 2022 and remains there for several years.

On inflation, the office sees the personal consumption expenditures index rising by 2.8% this year. The PCE index is the preferred inflation measure for the Federal Reserve, which last week indicated a headline inflation rate of 3.4%, well above its 2% target.