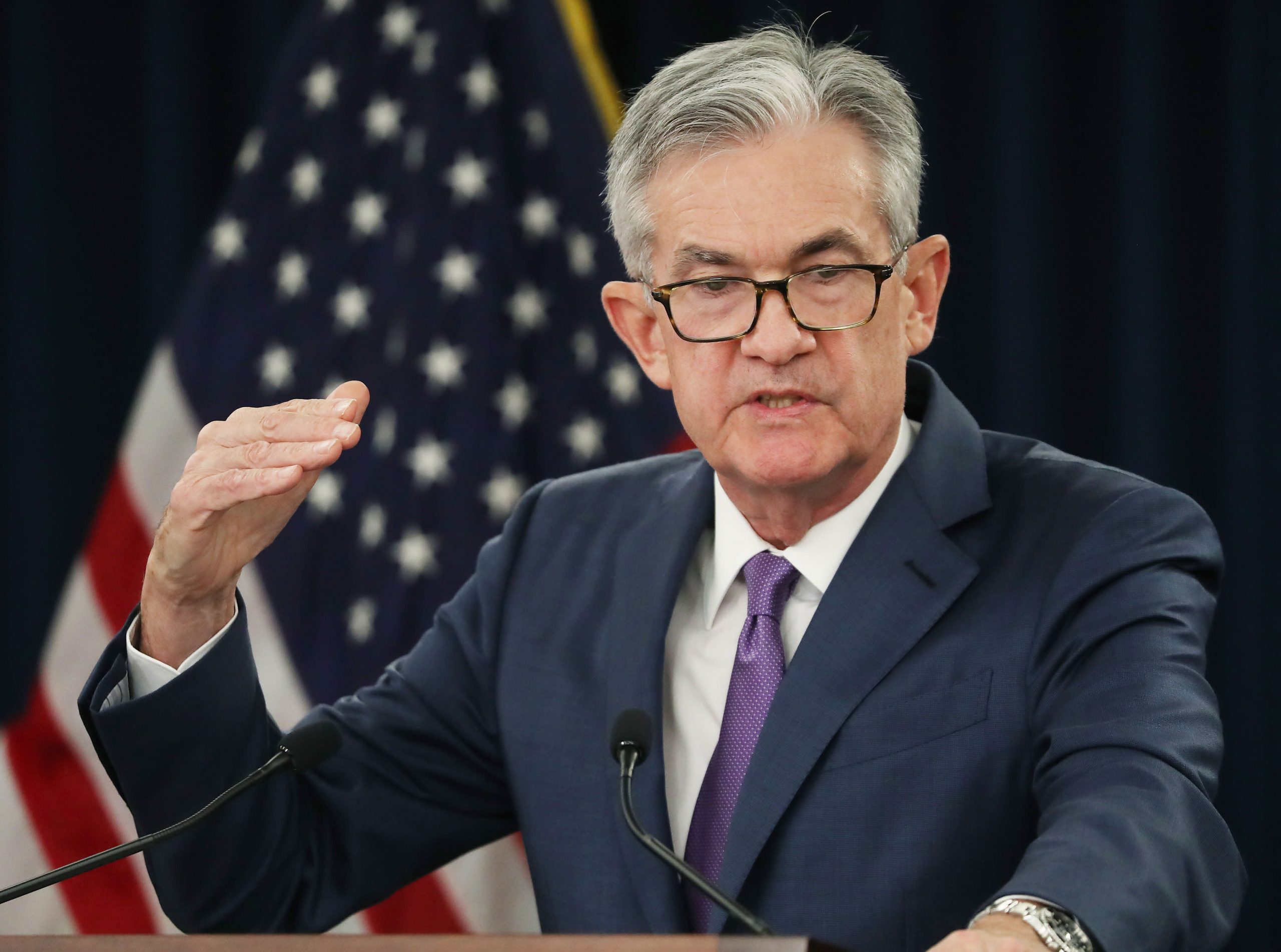 The Federal Reserve on Wednesday held its benchmark interest rate near zero and said the economy continues to progress despite concerns over the pandemic spread.

As expected, the Federal Open Market Committee concluded its two-day meeting by keeping interest rates in a target range between zero and 0.25%.

Along with that, the committee said in a unanimously approved statement that the economy continues to “strengthen.”

Despite the optimism about the economy, Chairman Jerome Powell said the Fed is nowhere near considering a rate hike.

“Our approach here has been to be as transparent as we can. We have not reached substantial further progress yet,” he said. “We see ourselves having some ground to cover to get there.”

“Substantial further progress” on inflation and employment is the benchmark the Fed has set before it will tighten policy, which would mean slowing and ultimately stopping monthly bond purchases and ultimately raising interest rates.. The statement noted only that “progress” has been made, and the FOMC will continue to watch conditions to see how close they get to the Fed’s goals.

The notation that “progress” has been made towards the Fed’s goals on employment and inflation was nevertheless seen as a nod that changes to policy, particularly regarding the monthly bond purchases, could be on the way.

Markets had been watching for the Fed’s views on the spread in the Covid-19 delta variant, but Powell and his fellow officials were relatively sanguine at least in terms of the threat the virus poses to the economy.

Stocks shaved some losses during Powell’s remarks, with the Dow negative but the S&P 500 and Nasdaq in the green.

Powell noted the rising threat that the pandemic is posing but said he does not see it having a major economic impact.

“What we’ve seen is with successive waves of Covid over the past year and some months now, there has tended to be less in the way of economic implications from each wave,” Powell said at his post-meeting news conference. “We will see if that is the case from the delta variety.”

“We’ve kind of learned to live with it,” he said later.

In a separate move, the Fed said it would establish two standing repo facilities, one for domestic markets and the other for foreign and international authorities. The facilities allow institutions to exchange high-quality collateral, primarily Treasurys in the case of the domestic offering, for reserves.

With the Fed likely on hold relative to interest rates at least until late-2022, investors have been looking for clues as to when the monthly bond purchases might start to be pulled back.

The central bank currently is buying at least $120 billion a month in bonds, with at least $80 billion going to Treasurys and another $40 billion floor on mortgage-backed securities. Critics say the Fed&#8217