Sterling was lifted very briefly after BoE policy decision, but there was again no follow through buying. Dollar also pays little attention to jobless claims. Overall, the markets are staying in consolidative mode, and would probably stay so before tomorrow’s non-farm payrolls report. As of now, Kiwi is the strongest one for the week followed by Aussie. Canadian is the weakest, followed by Euro.

Technically, we’d continue to pay attention to Dollar pairs. In particular, breaks of 110.58 resistance in USD/JPY and 0.9116 support turned resistance in USD/CHF are needed to confirm a Dollar come back. Otherwise, selling of the greenback could still come back any time. Meanwhile, break of 1.0907 resistance in EUR/USD would suggest that the Dollar selloff is taking off.

Also released, US trade deficit widened to USD -75.7B in June, versus expectation of USD -72.5B.

Canada trade balance reported CAD 3.2B surplus in June, versus expectation of CAD 0.4B.

BoE left Bank rate unchanged at 0.10% by unanimous vote. Asset purchase target was held at GBP 895B, by 701 vote. Michael Saunders was the only MPC member who voted for tapering to GBP 850B. BoE noted that the Committee will focus on “medium-term prospects for inflation”, but “will not put undue weight on capacity pressures that are frictional in nature and likely to be temporary.” Though, there remain “two-sided risk” around central path for medium term inflation and risk management considerations “continue to have some force”.

BoE also said that GDP is expected to grow by around 3% in Q3, with just a “small negative impact from recent developments in the pandemic”. GDP is projected to “recover further over the remainder of the year”, and reaches its prepandemic level in 2021 Q4. CPI inflation is projected to “temporarily” rise to 4% in Q4, but that falls back to close to the 2% target.

In the Monthly Economic Bulletin, ECB said Eurozone economy is “on track for strong growth” in Q3. Manufacturing is expected to “perform strongly” despite supply bottlenecks. Reopening is supporting a “vigorous bounce-back” in services sector. However, Delta variant “could dampen this recovery in services, especially in tourism and hospitality.”

Economic activity is expected to return to pre-crisis level in Q1 next year. But there is “still a long way to go” before the damage is offset. Thus, “significant policy support remains essential”. It added, “an ambitious and coordinated fiscal policy should continue to complement monetary policy in underpinning confidence and supporting spending”.

Australia trade surplus widened to AUD 10.2B in Jun 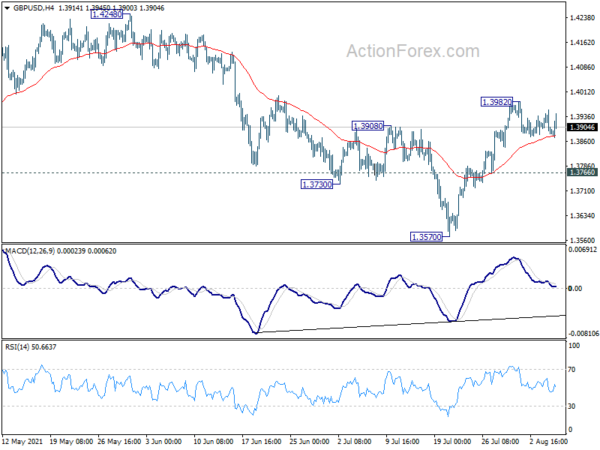 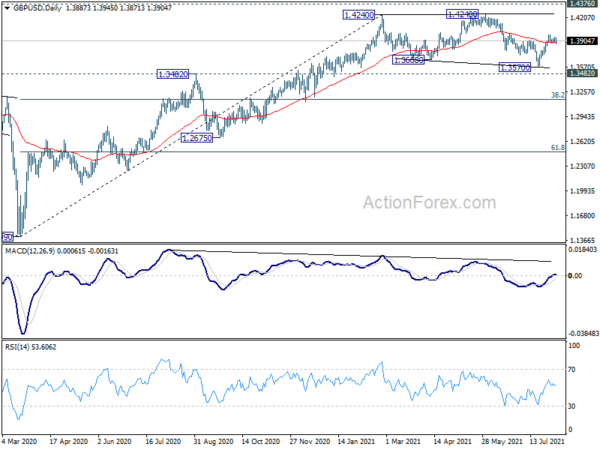