While the currency markets are rather quite, big surprise is found in gold price, which smashed to as low as 1684, hitting the lowest level since March. Silver also tumbled to as an eight-month low of 22.5. The move was, for certain, exaggerated by the ultra thin Asian morning. Yet, the near term bearishness is there as markets are starting to take the expectations of Fed tapering seriously. Attention will turn to comments from Fed officials this week to get a better view on the hawk/dove split in the FOMC.

Technically, 1676.56 support could provide a floor to Gold for now. But there is little prospect to reclaim 1800 handle. We’d likely see some sideway consolidations first. But a strong break of 1676.56 could be a sign of strong Dollar buying. If that happens, we’d turn our attention to EUR/USD, to see if it break through 1.1602/1703 support zone in tandem. 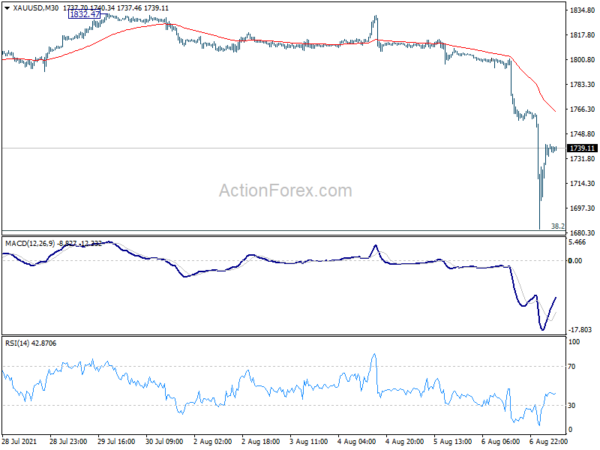 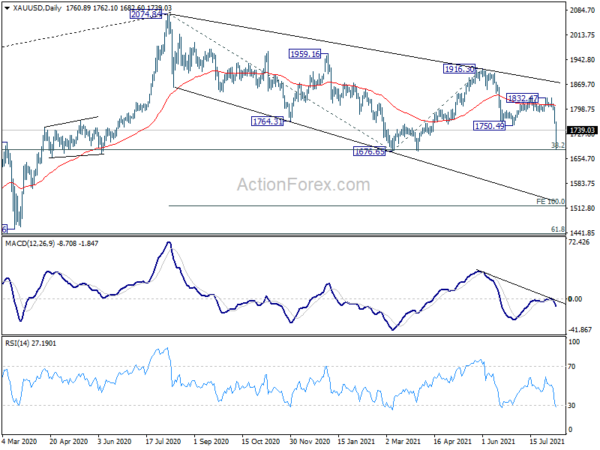 Bundesbank Weidmann: I do not rule out higher inflation rates

He also said that the emergency asset purchase program, known as PEPP, must end when the Covid-19 crisis is over. “The first P stands for pandemic and not for permanent. It’s a question of credibility,” he added.

On the plan of stimulus exit, “the sequence would then be: first we end the PEPP, then the APP is scaled back, and then we can raise interest rates,” he said.

UK GDP, German ZEW, US CPI and Fedspeaks to be watched

The upcoming week is relatively light in terms of data flow. UK GDP would likely catch most attention. US CPI will also be watched, but it’s a bit early to judge how “transitory” inflation is. Meanwhile, Eurozone Sentix investor confidence and Germany EW economic sentiment would provide some insights on the sustainability of current recovery.

The main focuses would indeed be on a number of Fed speaks. Markets could be either to hear FOMC members’ view on the timing of tapering, given the strong job data released last week.

Intraday bias in USD/JPY remains on the upside for 110.58 resistance. Decisive break there will confirm that correction from 111.65 has completed with three waves down to 108.71. Stronger rise would then be seen to retest 111.65 high. On the downside, though, below 109.39 minor support will bring retest of 108.71 support instead. 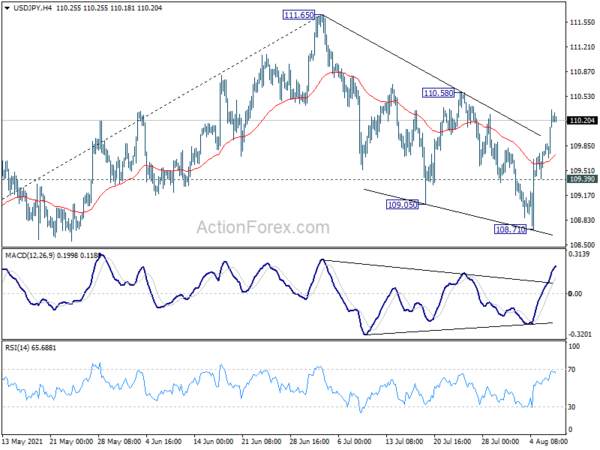 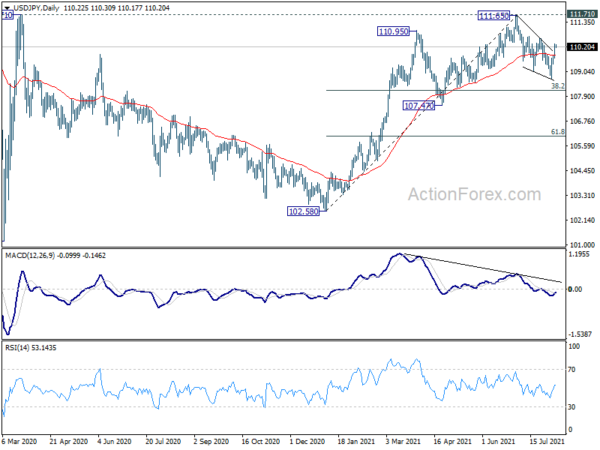