Technically, as discussed in prior reports, Dollar’s prior rally were mainly against Euro, Swiss Franc and Yen. Indeed, GBP/USD, AUD/USD and USD/CAD are all holding in familiar range. Focus will now turns to 1.3982 resistance, 0.7443 resistance and 1.2421 support, respectively, as Dollar is turning soft. Additionally, we’ll keep an eye on 81.64 resistance in AUD/JPY. Break will resume the rebound from 79.82, and signal a comeback in the Aussie. 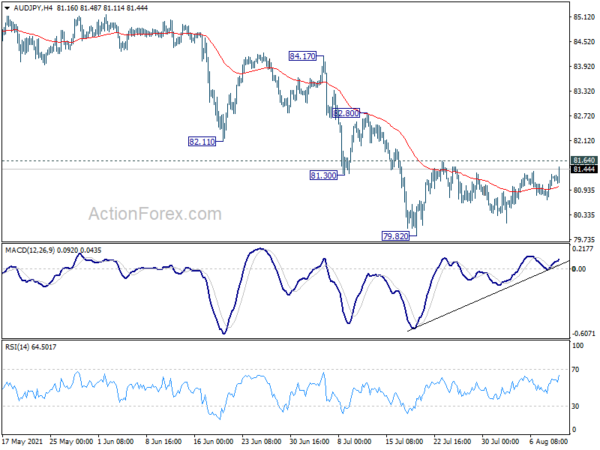 US CPI rose 0.5% mom in July, matched expectations. Over the last 12 months, CPI rose 5.4% yoy, unchanged from June’s reading, above expectation of 5.3% yoy.

Fed Barkin: We’ll get there to taper in the next few months

Richmond Fed President Thomas Barkin said “we’re closing in” and he’s “very support of tapering and moving back toward a normal environment”. However, it’s credible to think “we will get there in the next few months” and he didn’t want to commit to a timetable yet.

“I would like to be at a normal level of participation in the asset markets and a normal level of rates,” Barkin said. But “I also think that as a committee, when you put out forward guidance you think about it carefully and then do your best to live to that.”

Australia Westpac-MI consumer sentiment dropped -4.4% to 104.1 in August, down from July’s 108.8. It’s now at the lowest point in a year, but was well above the pandemic trough, and even above the levels over the twelve months prior to the pandemic.

Westpac said: “The virus situation locally is clearly troubling, but consumers appear reasonably confident that it will come back under control, and that once it does, the economy will see a return to robust growth.”

Westpac expects RBA to leave policy unchanged at next meeting on September 7. It added, “given its decision to sit pat in August despite a sharp deterioration to the near-term outlook, the hurdle for RBA action looks to be very high”. It also maintain the forecast that RBA would start raising the case rate in Q1 of 2023. 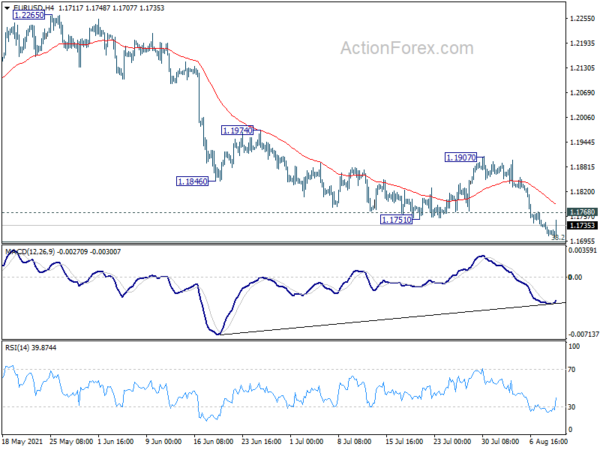 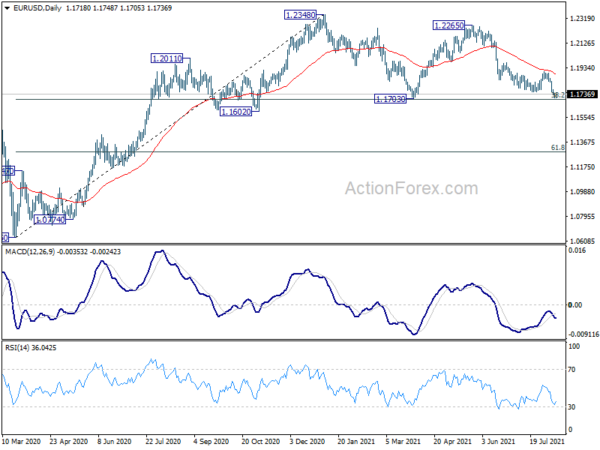