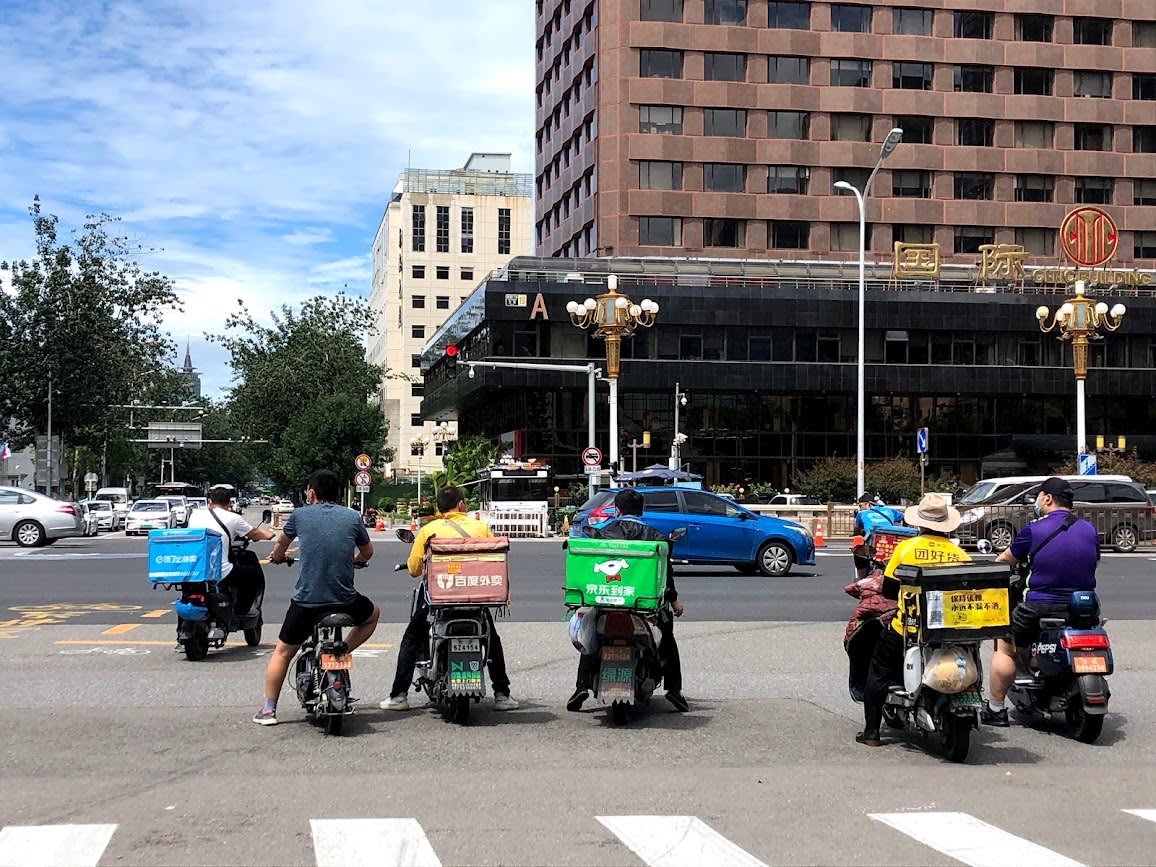 Delivery workers wait for the light to turn green at a major intersection in Beijing on July 30, 2021.

BEIJING — Investors in Chinese companies were caught off guard this summer by Beijing’s actions against homegrown tech giants, including comments about overseas-listed shares.

One of the surprises was a mandate in late July that Chinese education businesses should restructure and remove investment from foreigners. A separate order earlier last month called for app stores to remove Chinese ride-hailing app Didi — just days after its massive IPO in New York.

Didi shares have dropped more than 30% since the listing. The KraneShares CSI China Internet ETF (KWEB), whose top holdings include U.S.-listed stocks Alibaba and JD.com, has fallen 29% over the last 60 trading days.

“It’s probably important, especially for international investors to note, there is a big and deep change of philosophical thinking on the economic policy, what’s more important in China’s economy,” said Zhu Ning, professor of finance and deputy dean at the Shanghai Advanced Institute of Finance. “Foreign investors need to understand and (brace) for that.”

It may sound like internet platforms provide us with more opportunities, but it also puts more financial burdens on us.

In a “very big shift,” Zhu pointed to the Chinese Communist Party’s political pledge to deliver “common prosperity” — moderate wealth for all, in contrast to the country’s growing income inequality. That contrasts with ensuring that at least some “get rich first,” Zhu said.

Efforts to achieve this pledge have accelerated in the last 12 months.

The Chinese government shielded Alibaba from foreign competition for years, until the company grew so large under its founder Jack Ma that authorities abruptly suspended its affiliate Ant Group’s massive IPO in November and fined Alibaba 18.23 billion yuan in April.

Resentment toward tech companies is also growing in China, espec