USD, JPY and CHF in Range Against Each Other, AUD and CAD Heavy

Dollar, Swiss Franc and Yen are taking turns to be the strongest, with the greenback having a little upper hand. But they’re kept in range against each other. Commodity currencies remain the weakest, with Aussie additionally pressured by strict lockdowns, while Loonie is dragged down by falling oil prices. Euro and Sterling are mixed in the middle. Stock traders appear to be relatively indecisive though, in particular in the US. S&P 500 and NASDAQ managed to reverse all initial decline to closed up. However, major Asian indexes are rather weak, especially in Hong Kong and China.

Technically, the overwhelming rally in Dollar this week is, to a certain extent, not overwhelming enough. Gold is just stuck in range around 1780 for now. Considering that it’s close to 55 day EMA (now at 1979.58), it’s actually rather resilient. To confirm more sustainable rise in the greenback, especially against the equally strong Swiss Franc and Yen, we’d prefer to see firm break of 1770.68 support in Gold to indicate rejection by 1800 handle. Otherwise, we’d maintain a bit of cautiousness in USD/CHF and USD/JPY, as well as EUR/USD. 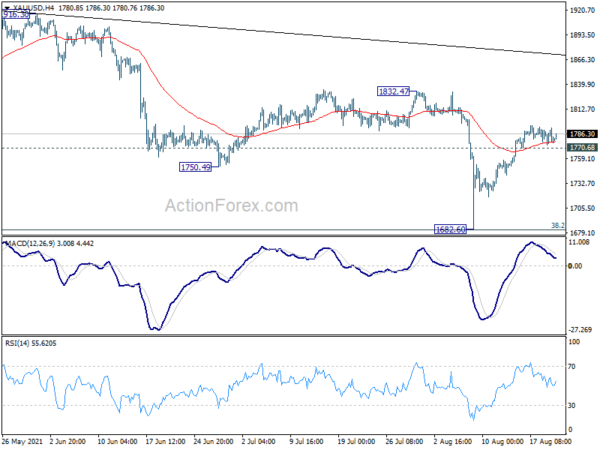 UK Gfk consumer confidence dropped slightly from -7 to -8 in August, below expectation of -6. “Against a backdrop of cooling headline inflation and soaring house prices, the U.K. consumer confidence index is stable at minus 8 this August,” Joe Staton, GfK’s client strategy director, said.

“Expectations for our personal financial situation for the coming 12 months are holding up and this positivity bodes well for the economy going forward this year and next,” Staton said. The index measuring changes in personal finances over the past 12 months is up one point at 0.

Sterling is the weakest European major for the week, and is trading just better than commodity currencies. GBP/CHF drops through 1.2498 support to resume the choppy fall from 1.3070. Deeper decline is now expected as long as 1.2640 resistance holds. Such decline is seen as a correction to up trend from 1.1107. Next target is 38.2% retracement of 1.1107 to 1.3070 at 1.2320. Nevertheless, we’d look for strong support 1.2259 resistance turned support to bring rebound, at least on first attempt. 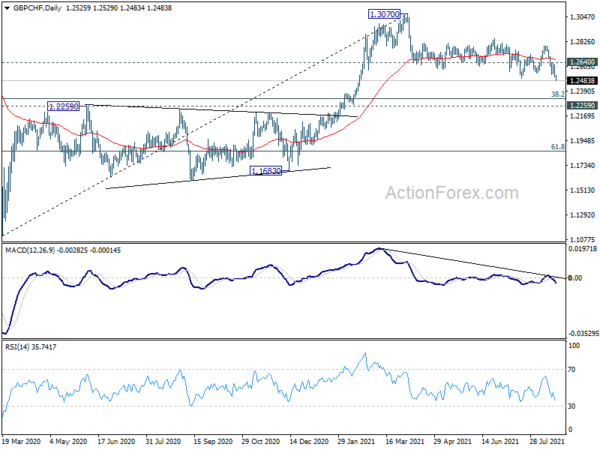 AUD/USD to draw strong support from 0.7 on next fall

Australian Dollar remains broadly pressured today. New South Wales reported another 644 new coronavirus infections and 4 deaths. Greater Sydney’s lockdown will be extended until the end of September. That is, the lockdown, which has already lasted for 8 weeks, will run for at least 13 weeks. Also, a curfew will be introduced for 12 local government areas of Sydney, as people there must stay stop between 9pm and 5am. 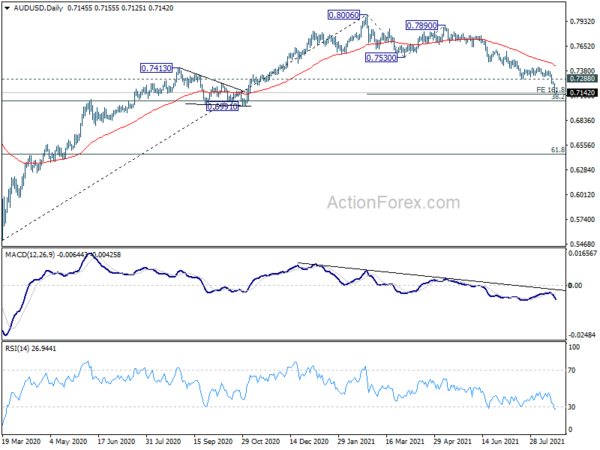 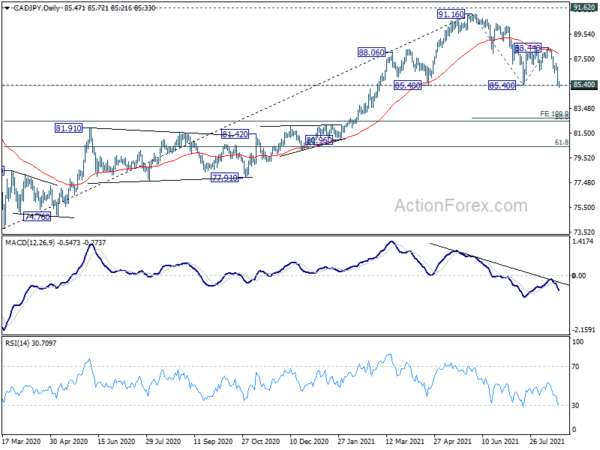 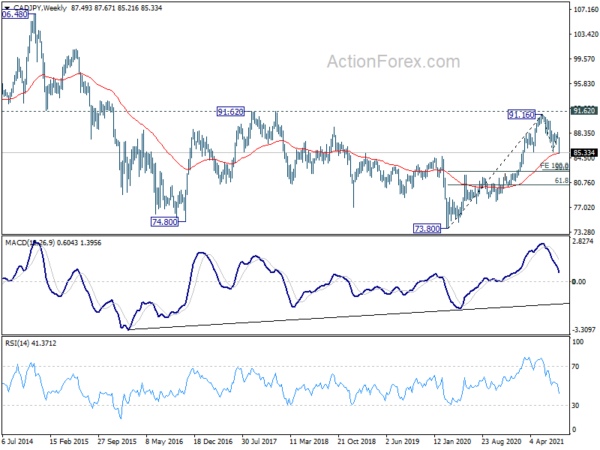 Japan CPI core dropped back to negative -0.20% yoy in July, down from 0.2% yoy, but beat expectation of -0.4% yoy. UK retail sales and public sector net borrowing will be released in European session. Germany will release PPI. Later in the day, Canada new housing price index and retail sales will be featured. 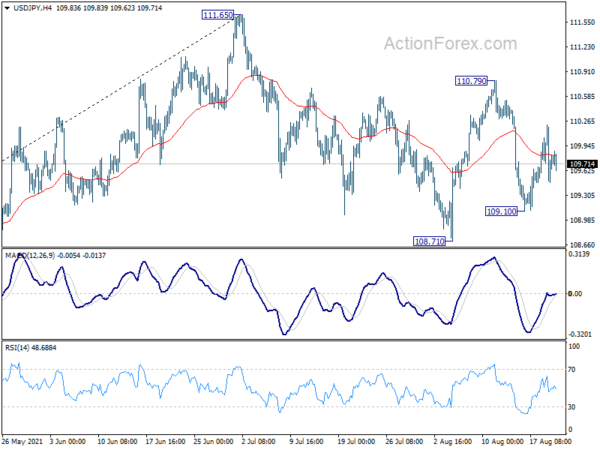 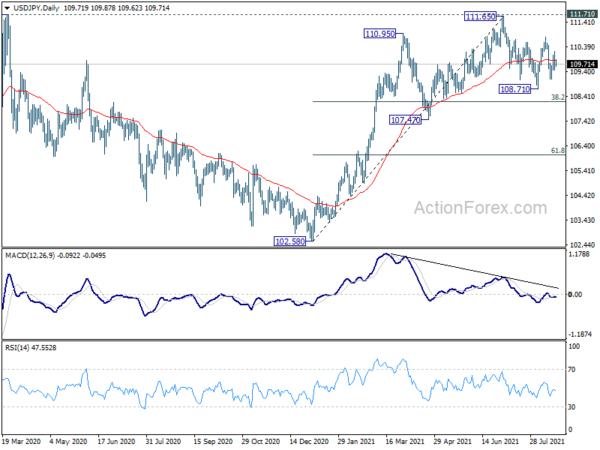