New Zealand Dollar rises broadly today after a top RBNZ official indicated that the decision to refrain from rate hike was mainly due to communication difficulty. Instead, the central bank is actively considering a 50bps hike. Strong rebound in Asian stocks also supported other commodity currencies, but positive sentiment is not much carried through to European session. For the moment, Dollar and Euro are the softest ones. But Euro could eventually decide to leave the greenback behind if Gold could extend its rebound above 1800 handle.

Technically, NZD/JPY’s break of 76.15 minor resistance should indicate short term bottoming at 74.54. The question is whether the rebound could power through 77.91 resistance to indicate completion of the correction pattern from 80.17. Also, to confirm such a bullish turn in Kiwi, we’d also like to see break of 0.7087 resistance in NZD/USD. Before, we’ll stay a bit cautious on New Zealand Dollar first. 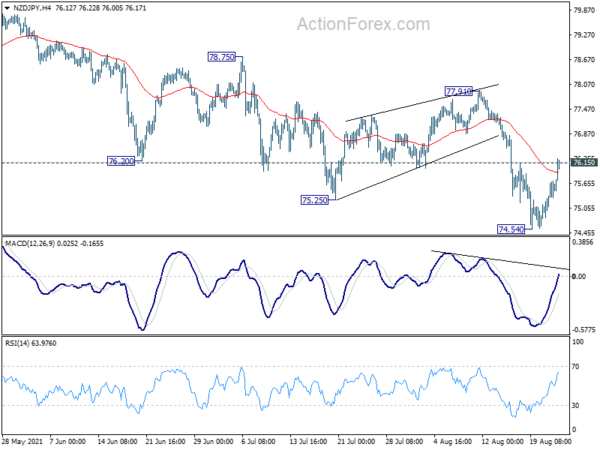 Germany GDP growth was finalized at 1.6% qoq in Q2, revised up from 1.5% qoq. In, seasonally and calendar-adjusted gross value added increased by 1.0%. Individual sectors showed diverging trends: Up 3.8% qoq in public services, education, health; up 1.1% qoq in trade, transport, accommodation and food services; up 0.1% qoq in construction; but down -1.3% in manufacturing.

RBNZ Assistant Governor Christian Hawkesby told Bloomberg that the decision to stand pat on OCR last week was mostly due to communications problem. It’s hard to explain the case when if the rate hike was delivered on the same day as New Zealand returned to pandemic lockdown.

He added that the decision was not due to risks and the policy decisions “won’t be tightly linked” to COVID -19. Demand as proven to be more resilient than anticipated.

Most surprisingly, Hawkesby also indicated that the central bank has considered a 50bps rate hike. “A 50 basis point move was definitely on the table in terms of the options that we actively considered,” he said.

New Zealand retail sales volume rose 3.3% qoq in Q2, above expectation of 2.0% qoq. 11 of 15 industries reported growth, and the largest increases were in electrical and electronic goods retailing (up 6.9%), food and beverage services (up 5.6%), motor vehicle and parts retailing (up 3.1%), pharmaceutical and other store-based retailing (up 7.5%), and accommodation (up 11.4%).

“Most retail industries saw increases in spending, with rises across all regions. Spending on big ticket items such as electrical goods, housewares, and vehicles was a priority for many consumers during this June quarter,” retail trade manager Sue Chapman said. 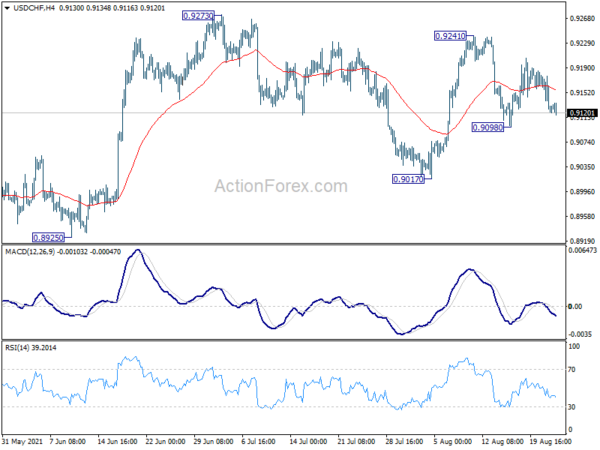 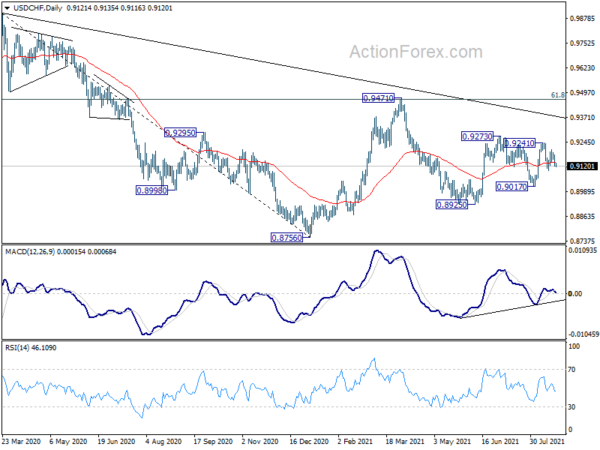