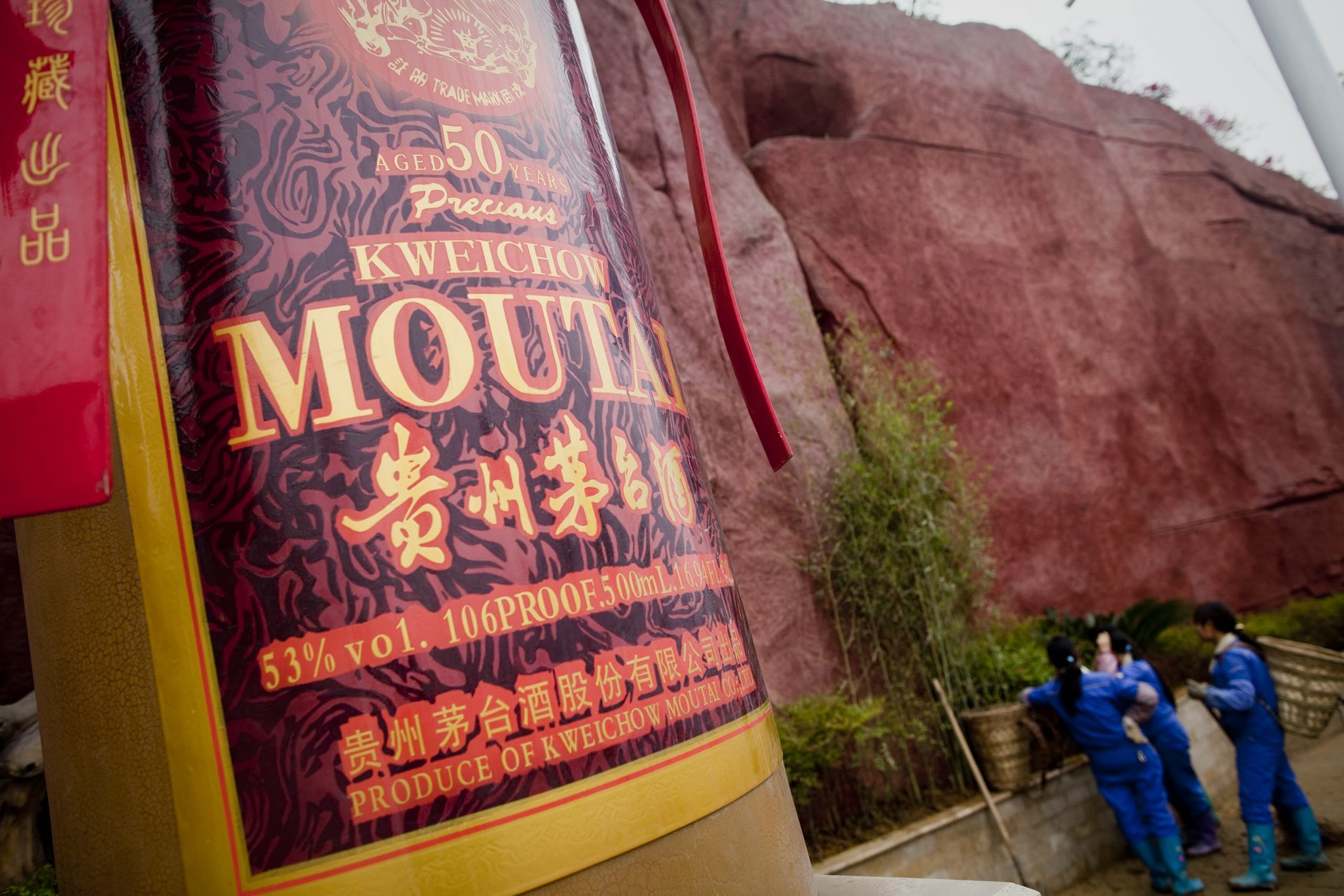 Signage for China Kweichow Moutai Distillery Co. baijiu liquor lines a road at the company’s facility in the Maotai section of the Renhuai District in Zunyi, Guizhou Province, China, on Thursday, April 7, 2011.

BEIJING — Kweichow Moutai and other Chinese liquor stocks fell Thursday, on track for five-day losses in the wake of reported new regulation on the industry.

The reports come as the central Chinese government has issued a raft of new announcements in recent months, some catching investors by surprise. For example, authorities ordered app stores to remove Chinese ride-hailing app Didi, just days after its massive IPO in the U.S. Shares have fallen 41% since.

Underlying Beijing’s rush of actions — to tackle monopolistic practices among tech companies, increase data security and prevent “disorderly expansion of capital,” among others — is a theme of “common prosperity.” The vague term has emerged in political speeches as a slogan for supporting moderate wealth for all, rather than just a few.

In the traditional Chinese “baijiu” liquor industry, high-end brand Kweichow Moutai is the most expensive stock traded on the mainland A share market. Moutai is preferred by many Chinese for sealing deals at business dinners, where social drinking is ingrained.

On Thursday, state-owned Securities Times reported, citing trade publications, that market leader Moutai is trying to stabilize prices for its products ahead of the major holidays in the next two months and the price for a bottle had fallen by as much as 300 yuan ($46.40) in the last day.

Prices for Moutai bottles have soared along with the company’s share price, to about the equivalent of a few hundred U.S. dollars. In June, a crate of Moutai from 1974 even sold for 1 million pounds ($1.37 million) at a Sotheby’s auction.

Moutai shares fell more than 4% Thursday, bringing five-day losses to more than 1.5%. Baijiu stocks had climbed earlier this week ahead of Thursday’s losses.

Other major baijiu manufacturers like Wuliangye and Luzhou Laojiao fell more than 4% each, on track for sharper losses over the last five trading days.

Meeting attendees said regulators focused on cooling down an overheated market — whether it was capital trying to ride the growth of the traditional Chinese liquor market or soaring Moutai prices — according to Damon Zhang, assistant portfolio manager for global capital investment at China Asset Management Co.

The market regulator did not immediately respond to a CNBC request for comment.

Zhang said in a phone interview Wednesday he expects demand for baijiu will remain “healthy” and that regulation is meant to support long-term growth. Even though a crackdown in 2012 and 2013 on corruption cut down on some demand for baijiu, he said those conducting business deals and ordinary people still enjoy the liquor during holidays like the Lunar New Year.

“We think distributors’ aggressive stockpiling, which is encouraged by expectations of baijiu manufacturers’ price hikes, has caused unhealthy channel inventory (over 3 months per our distributor survey),” the analysts said. “We believe the regulation will aim to stop price speculations and therefore prevent further stockpiling behaviors of distributors.”