The overall markets continue to tread water in early US session. Two Fed officials expressed their support for tapering, but investors are probably still waiting for Chair Jerome Powell’s Jackson Hole speech to take action. There is also little reaction to stronger than expected PCE inflation data. Commodity currencies are still the strongest ones for the week while Yen, Swiss Franc and Dollar are the weakest. We’ll see if the positions change in the final hours.

Technically, we’ll keep an eye on Gold to double confirm Dollar’s next move. The retreat from 1809.35 was contained comfortably above 1744.14 minor support, maintaining mild near term bullishness. Break of 1809.35 will target 1832.47 resistance. Firm break there would be a strong sign of near term bullish reversal and target 1916.30 resistance that. That could affirm Dollar selloff if happens. 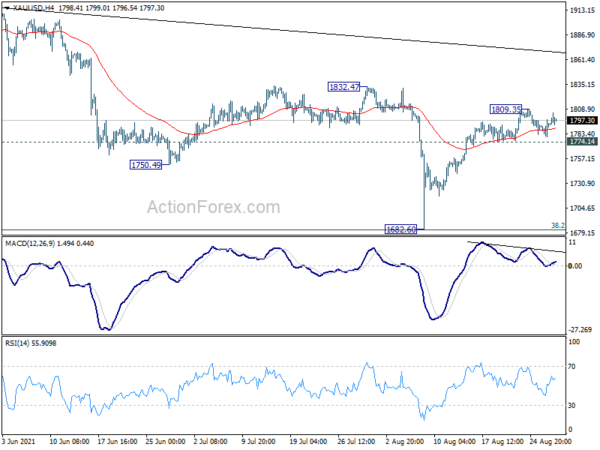 Boston Fed President Raphael Bostic he’s “comfortable with an October timeline” for starting tapering if August job growth could match the near 1m number as with the previous two months. Also, once the tapering starts, he was “definitely looking to get this done as quickly as possible”, and put a full end to the asset purchases “toward the end of Q1” of 2022.

He also said that the spread of the Delta variant had not changed his economic outlook in any fundamental way. “What I have seen is some suggestion that things are slowing down, but they are still just slowing from extremely high levels. I have not seen big changes in the underlying dynamic,” Bostic added.

Fed Harker still supportive of moving the taper along

He said the Fed has achieved “substantial further progress on inflation” already. There is “some evidence that inflationary pressure “may not be so transitory”. Meanwhile, the job market is changing the people’s thinking about what a job is has changed too.

US PCE inflation accelerated to 4.2% yoy in Jul, core PCE unchanged at 3.6% yoy

Also released, goods trade deficit narrowed to USD -86.4B in Jul, below expectation of USD -90.8B.

Ben James, Director of Quarterly Economy Wide Surveys, said: “Lockdowns and stay-at-home orders in many parts of Australia continued to impact retail trade in July, with many non-essential retail businesses closing their physical stores. In particular, the first full month of lockdown in New South Wales, following the Delta outbreak in June, saw retail turnover in the state fall 8.9 per cent. This was the largest fall of any state and territory since August 2020.” 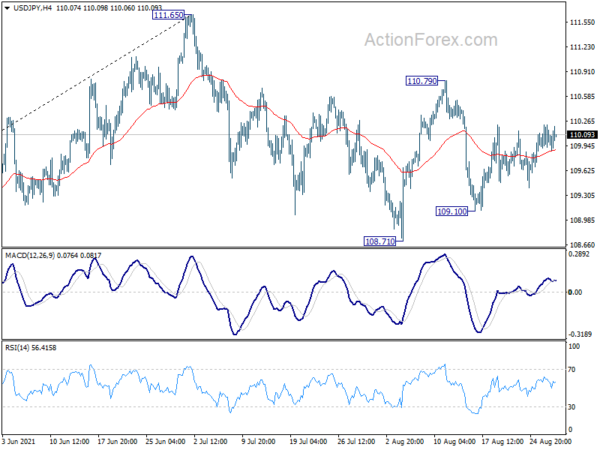 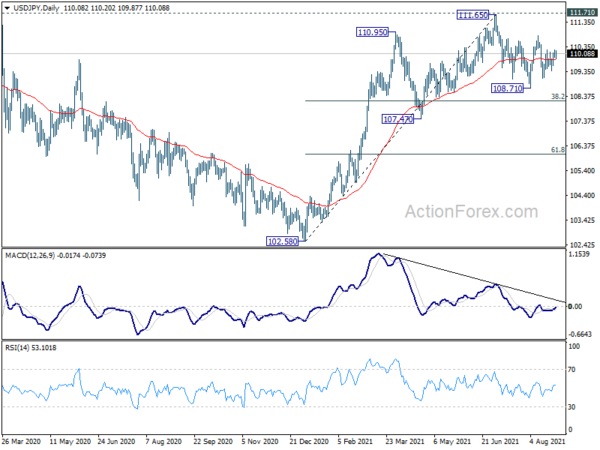