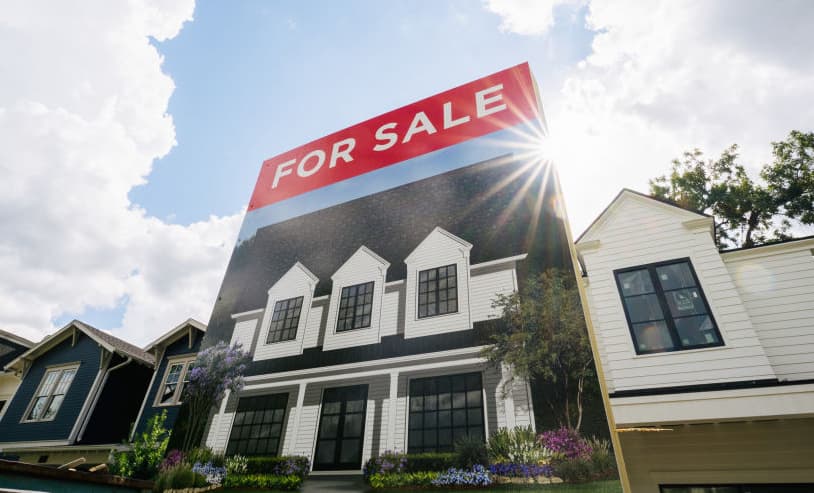 Trends in home prices and consumer expectations that were part of data releases Tuesday pointed to more inflationary issues on the horizon for the U.S. economy.

The S&P/Case-Shiller index, which measures home prices across 20 major U.S. cities, rose 1.77% in June, bringing the year-over-year gain to a staggering 19.1%. That’s the largest jump in the series’ history going back to 1987.

For perspective, the biggest annual gain in prices prior to the subprime meltdown and 2008 financial crisis was the 14.4% increase in September 2005.

At the same time, The Conference Board reported that consumer inflation expectations ticked higher again, with respondents to the survey now seeing the metric running at 6.8% 12 months from now. That’s up a full percentage point from a year ago, or 17.2% on a relative basis.

Both metrics sent important warning signs: Shelter costs make up an outsized portion of most inflation gauges – about one-third of the headline consumer price index and even more of the core reading, for example – while inflation expectations are considered a key indicator of how high price pressures will run.

“Every time you hear that inflation is transitory remember that double house price inflation hasn’t yet shown up in the indexes. Housing represents 40 percent of the core CPI,” former Treasury Secretary and Obama White House economic advisor Larry Summers said in a recent tweet.

The latest inflation-related readings come just days after a vigorous effort from Federal Reserve Chairman Jerome Powell to defuse concerns over price pressures. Summers has been one of the most vigorous voices cautioning about inflation, but they’re beginning to arise within the Fed itself and other economists.

Economists Xiaoqing Zhou and Jim Dolmas wrote that rising housing prices are usually a leading indicator for rents, which account for most of the shelter costs in the CPI calculations. The correlation, they said, hits with about an 18-month lag time, meaning that rising housing costs now promise heavier rent burdens in the years to come.

The bottom line is that they see rent and owners equivalent rent to steadily increase, with both hitting 6.9% by 2023. That would tack on about 0.6% to the overall inflation reading as measured by the core personal consumption expenditures price index, the Fed’s preferred gauge.

Wall Street backs the Fed, even if Main Street doesn’t

Still, many Wall Street economists think the Fed is correct in anticipating that inflation will cool as temporary factors like supply chain glitches and shortages of goods and labor subside.

“We think [inflation] expectations are close to peaking, and they should fall over the next few months as the moderation in oil prices feeds into retail gas prices,” Pantheon Macroeconomics chief economist Ian Shepherdson wrote.

Indeed, economists tie consumer inflation expectations closely to volatile issues such as prices at the pump, which have nudged lower by a few pennies over the past couple weeks but are more than 41% higher than a year ago, according to the Energy Information Administration.

It’s not just energy, though, and it’s not only mom-and-pop consumers who are leery of persistent price increases.<