Dollar Paring Some Losses, Aussie Retreats Ahead of RBA

Trading in the currency market is rather subdued today and markets will stay quiet with US and Canada on holiday. Dollar is paring some of last week’s large losses but upside momentum is weak. On the other hand, Australia Dollar is turning slightly weaker as tomorrow’s RBA policy decision is awaited. The reaction in Aussie could be wild as it’s unknown whether RBA would maintain the tapering plan, or delay it, or reverse and increase in.

Technically, we’d pay attention to AUD/USD in the upcoming Asian session. As long as 0.7394 minor support holds, we’d expect rise form 0.7105 to extend to 0.7530 support turned resistance. Sustained break there would open the bullish case for retesting 0.8006 high. However, break of 0.7394 minor support will mix up the near term outlook and bring pull back first. 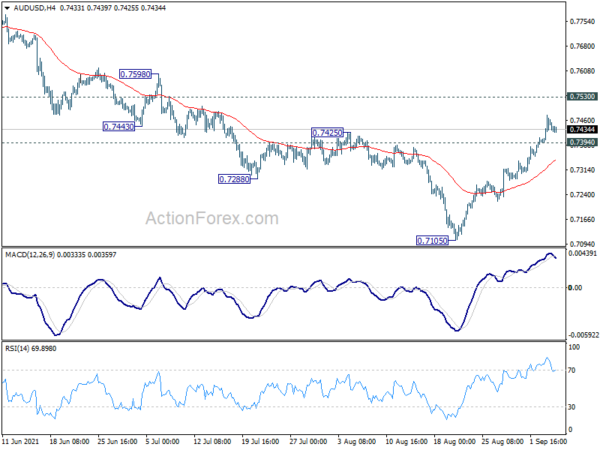 Eurozone Sentix Investor Confidence dropped to 19.6 in September, down from 22.2, slightly below expectation of 19.7. That’s the fourth decline in a row and the lowest reading since April, 2021. Current situation index was unchanged at 30.8. Expectations index dropped from1 4.0 to 9.0, lowest since May 2020.

Sentix said: “The momentum of the global economy is slowing. The expectation scores of most regions in the sentix business cycle indices are falling for the fourth or fifth time in a row. The expectation values are still positive, but the zenith of the economic recovery since the lockdowns last autumn has been passed. This is also evident in the assessments of the economic situation, which have only improved slightly in a few regions. In the important region of Asia ex Japan, on the other hand, we measure a noticeable decline”.

From Germany, factory orders rose 3.4% mom in July, well above expectation of -1.0% mom.

UK PMI construction dropped to 55.2 in Aug, begins to feel the impact of supply chain disruption

UK PMI Construction dropped to 55.2 in August, down from July’s 58.7, below expectation of 56.9. Markit said new order growth eased to a five-month low. All three monitored segments recorded softer rise in activity. But rise in input prices was second-fastest amid severe supply chain disruption.

Usamah Bhatti, Economist at IHS Markit: “Evidence that the UK construction sector began to feel the impact of ongoing supply chain disruption was widespread midway through the third quarter of 2021. Growth rates for overall activity as well as the three monitored subsectors eased further from the recent highs earlier in the summer. Similarly, new business inflows have continued to increase at a marked pace, yet even here the rate of growth has eased to a five-month low. 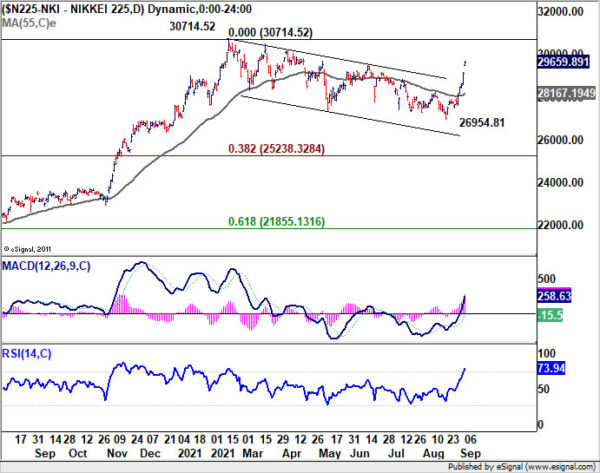 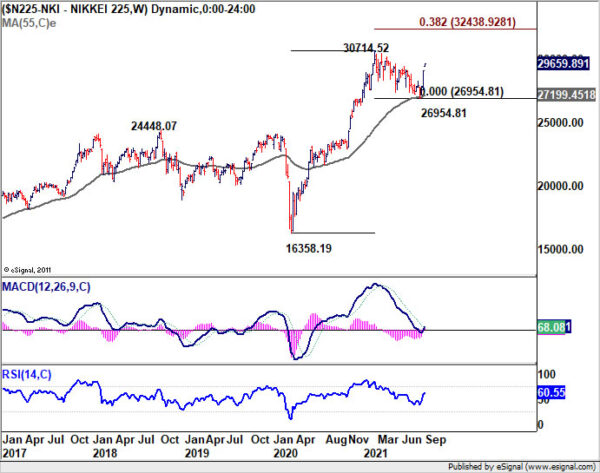 Intraday bias in EUR/USD is turned neutral as it retreated after failing to sustain above 1.1907 resistance. Further rise will remain mildly in favor as long as 1.1792 support holds. Sustained break of 1.1907 will indicate that fall from 1.2265, as well as the consolidation pattern from 1.2348, have completed. Near term outlook will be turned bullish for 1.2265/2348 resistance zone. However, on the downside, rejection by 1.1907 followed by break of 1.1792 support will dampen the bullish case, and turn bias back to the downside for 1.1663 support instead. 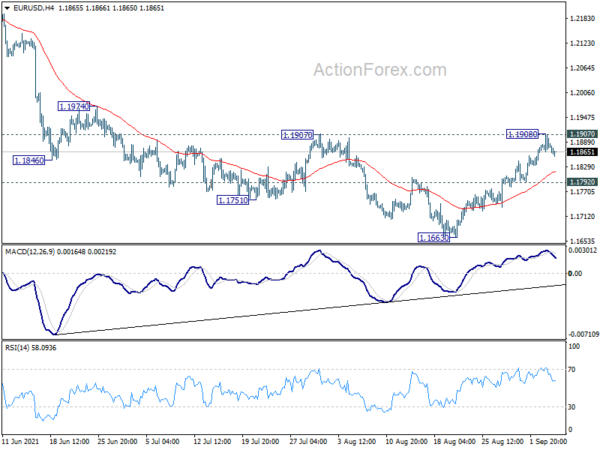 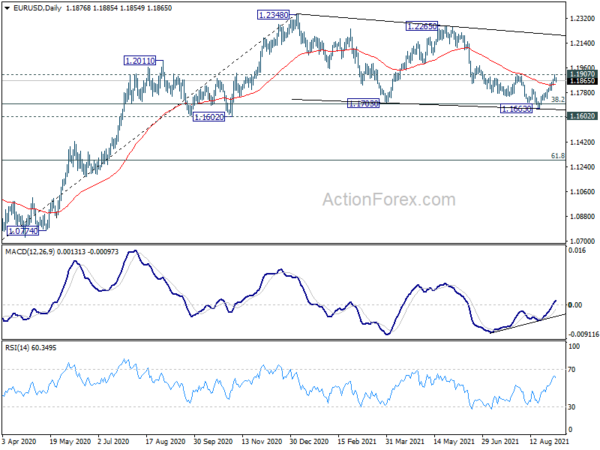