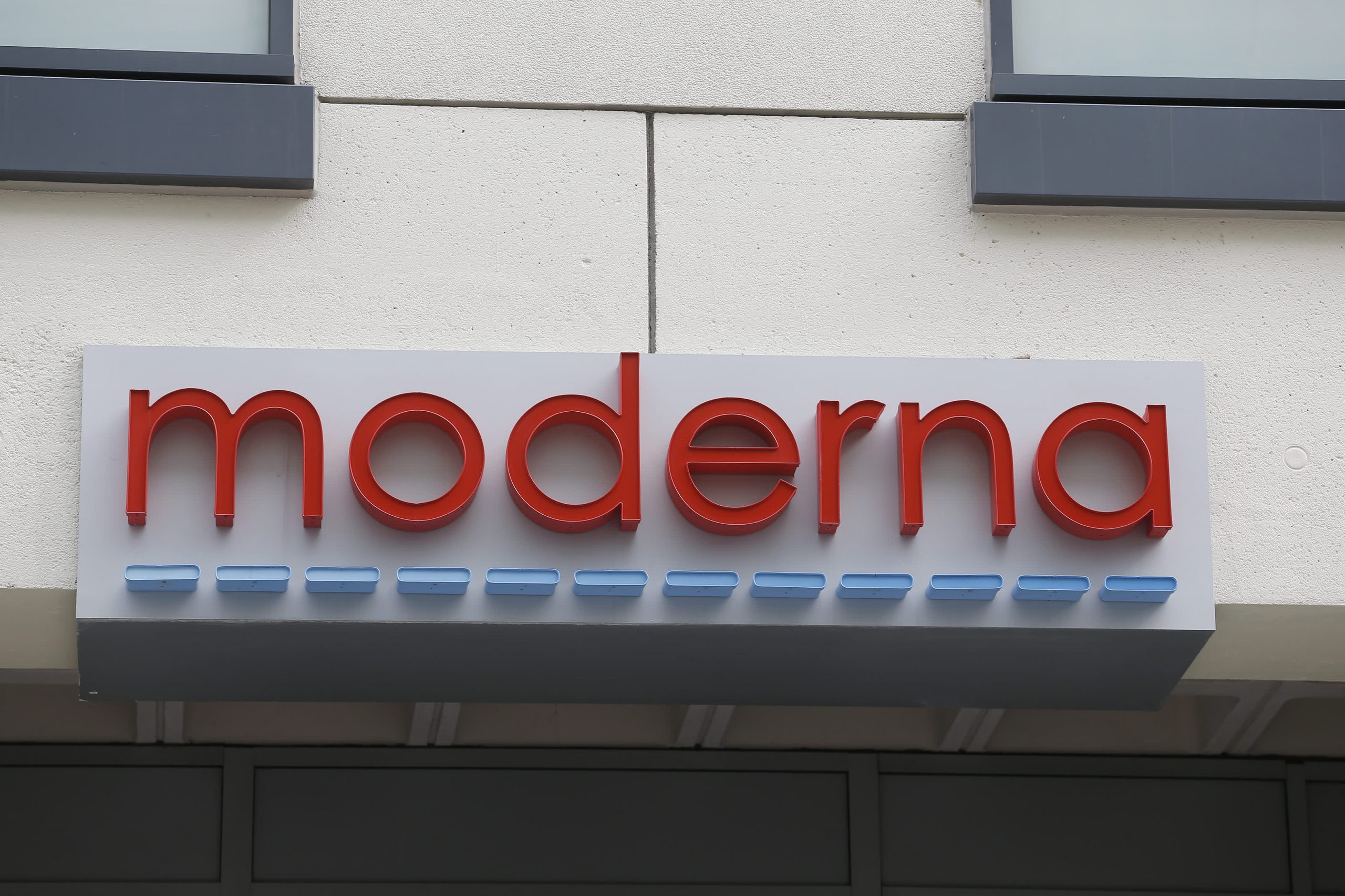 Moderna’s sign is seen outside of their headquarters in Cambridge, MA on March 11, 2021.

Thermo Fisher Scientific — The maker of scientific equipment saw shares jump more than 6% after it said earnings and revenue for 2022 will be much higher than analysts currently expect as demand booms amid the pandemic.

Moderna — The vaccine maker’s shares lost nearly 2.5% as the Food and Drug Administration vaccine advisory committee prepares to enter discussions on Friday afternoon about a Covid-19 booster shot that would be offered to the general public and vote on the Pfizer-BioNTech shot.

Invesco — Shares of the asset manager jumped 5% after the Wall Street Journal reported that the company is in talks to merge with State Street’s asset management unit. The report, citing people familiar with the matter, said a deal is not imminent and might not happen at all.

U.S. Steel — U.S. Steel fell 8% after it revealed plans to build a new steel mill whose construction would start in 2022 with plans to have it operating in 2024. Demand for steel has been high, with prices about quadrupling since summer 2020. The shares are up 40% this year.

Zumiez — Shares of Zumiez rallied more than 8% after the skateboard apparel retailer announced a share repurchase of up to $150 million.

Diamondback Energy — Energy producer Diamondback saw shares rise more than 3% after it announced a $2 billion stock buyback late Thursday as part of its accelerated plan to return 50% of free cash flow to shareholders in the fourth quarter.

Cree — Cree fell nearly 3% after Bank of America downgraded the stock to underperform from neutral, saying it sees “limited” ups