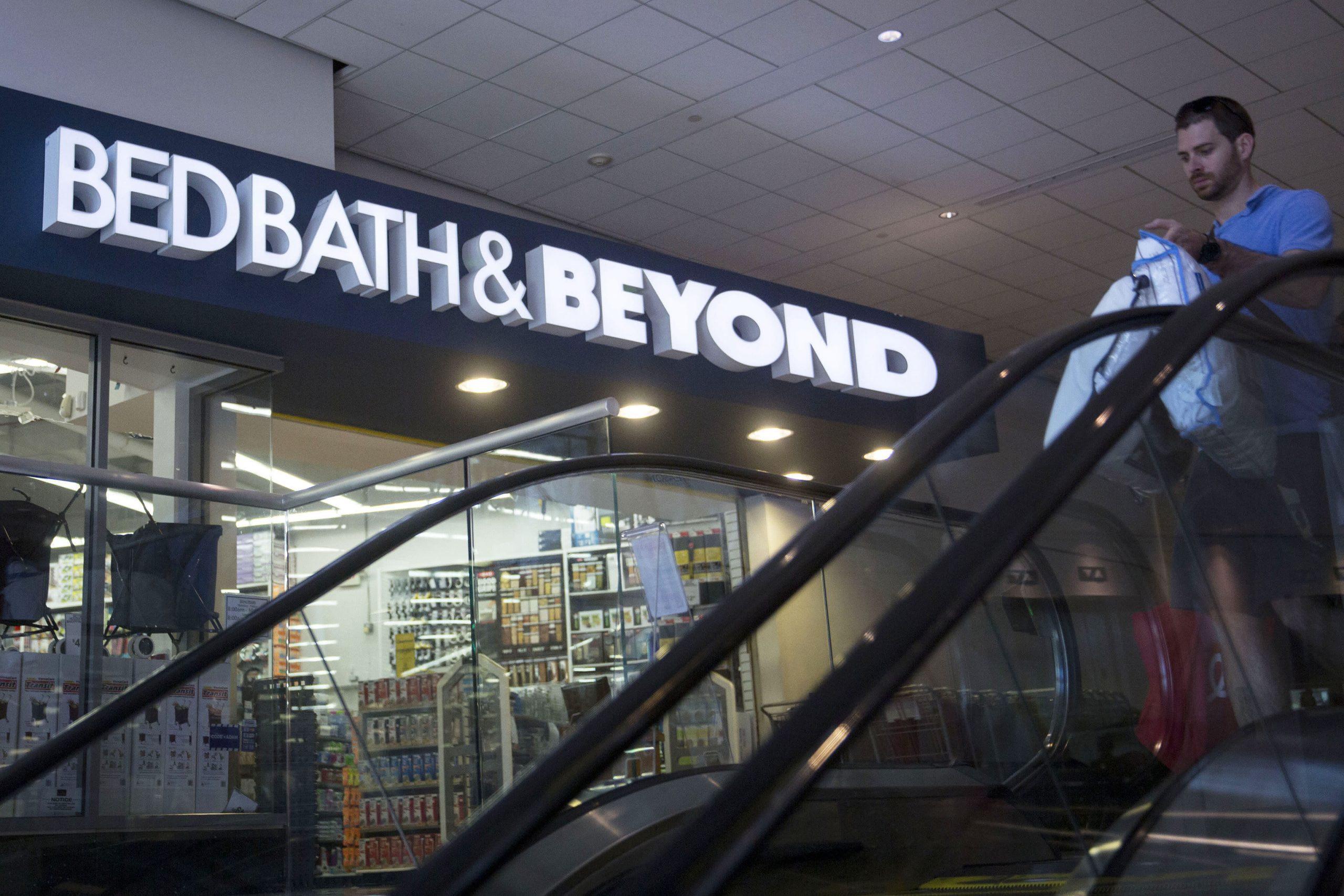 A shopper walks past a Bed Bath & Beyond Inc. store

Bed Bath & Beyond – Shares of the big-box retailer plunged 22% after the company slashed its revenue and earnings outlook amid supply chain challenges and inflation. Bed Bath & Beyond cited a steep drop-off in shopper traffic in August. The stock has wiped out its jaw-dropping meme-stock rally in 2021, falling over 4% on the year. Other retail stocks including Gap, Newell Brands and Bath & Body Works declined as well.

Kohl’s – Kohl’s shares sunk over 12% after Bank of America double-downgraded the stock to an underperform rating from buy, citing persistent supply chain problems. The firm also slashed its price target to $48 per share from $75.

CarMax – Shares of the used vehicle retailer tanked more than 12% after reporting disappointing quarterly earnings. CarMax reported earnings of $1.72 per share, while analysts expected earnings of $1.90 per share, according to Refinitiv. Used car same-store sales rose 6.2%, lower than the 7.3% forecast.

Virgin Galactic – Virgin Galactic shares soared more than 12% a day after the Federal Aviation Administration cleared the space travel company to resume launches after concluding a probe of an incident during a flight July 11. The FAA determined Virgin Galactic’s flight deviated from its assigned path and had not communicated the change to the agency as required.

Philip Morris International, Altria – Shares of Philip Morris and Altria fell about 5% and more than 6%, respectively, after the U.S. International Trade Commission ordered the two companies to stop the sales and imports of their Iqos tobacco device. The agency made the ruling due to a claim by rival R.J. Reynolds that the Iqos product infringed on its patents. The case is moving to administrative review.

Lordstown Motors – The electric truck maker’s shares jumped about 8% after Bloomberg reported it’s close to a deal to sell its Ohio car factory for an undisclosed amount to Taiwan’s Foxconn Technology. Lordstown had bought the plant from General Motors less than two years ago.

Paychex – Payroll services company Paychex saw its share price increase about 5% after it reported strong quarterly earnings and revenue as clients’ employees began returning to in-office work. It also raised its business outlook for the year.

Advanced Micro Devices – Shares of AMD gained 2.5% after the semiconductor company announced it would expand its collaboration with Google Cloud.

Starbucks – Shares of Starbucks fell 1.7% after Atlantic Equities downgraded the coffee chain stock to a neutral from outperform. The firm said wage inflation and growth concerns in China could weigh on Starbucks’ profit.