The forex markets turn into consolidative mode in Asian session. Yen recovers mildly, digesting the recent steep selloff. But there is no clear sign of bottoming in the Japanese currency yet. Commodity currencies are also retreating mildly, following some mild selloff in stocks. Euro and Dollar are mixed while Gold is struggling in tight range around 1750. WTI crude oil is also paring some gains but stays firm above 80 handle.

Technically, as Yen crosses are probably turning into consolidation, focus will be turned to interplay between Euro and Sterling. Some movements could be triggered in EUR/GBP buy UK job data and German ZEW today. EUR/GBP has lost some downside momentum after edging lower to 0.8471, kept well above 0.8448 low. Recovery from the current level and break of 0.8525 minor resistance would bring stronger rebound. The question is, if that happens, whether EUR/USD would rebound through 1.1539 minor resistance, or GBP/USD would drop through 1.3542 minor support. 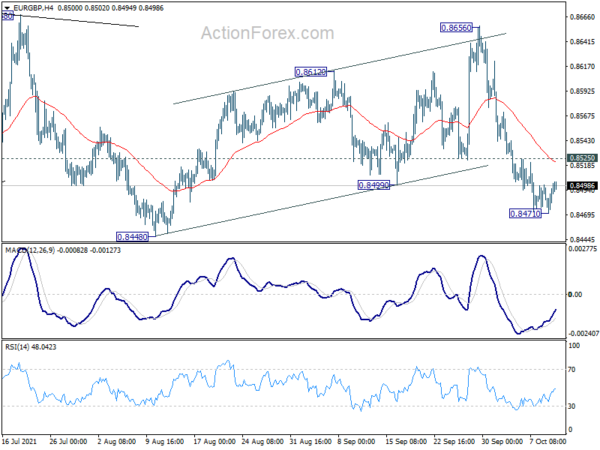 Some analysts noted that the surge in wholesale prices would be absorbed mainly by businesses, with little impact on consumers. But according to a BoJ survey published on Monday, 68.2% of Japanese households are expecting prices to rise a year from now, up from 66.8% three months ago. Median projection of inflation a year from now rose to 3.0%, up from June’s 2.0%.

Australia NAB business confidence jumped to 13, but condition tumbled to 5

NAB said, “Interpreting this month’s results really depends if you are an optimist or a pessimist. Businesses are really looking forward to reopening, and confidence increased markedly on the back of NSW and Victoria’s reopening roadmaps. The rise in confidence suggests they see the roadmaps that have been announced as sufficient to allow activity to really rebound in the coming months.”

“Still, confidence is more about hope for the future than what is happening in the present. On that front, conditions really deteriorated which shows that lockdowns are taking a toll, despite the resilience the economy has shown through this period.”

UK employment and Germany ZEW economic sentiment are the main focuses for today. 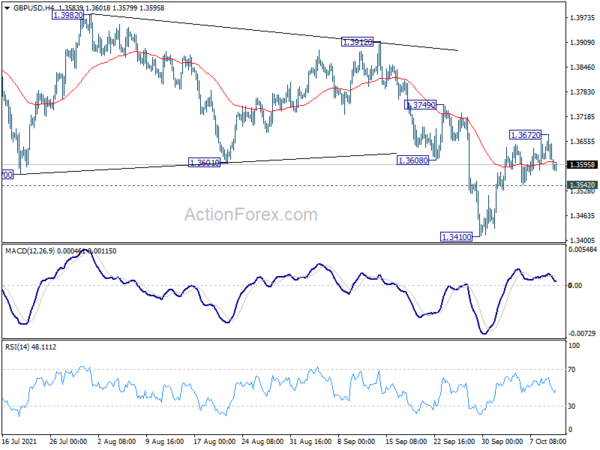 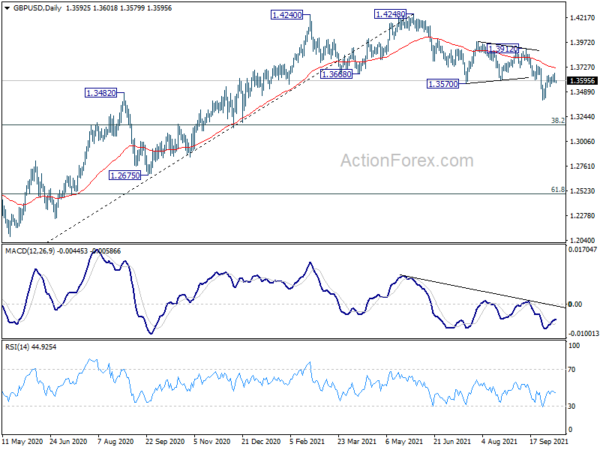