Dollar rises sharply in early US session after much stronger than expected consumer inflation data, which hit multi-decade high. For now, New Zealand Dollar is the worst performer today, followed by Sterling and then Euro. Yen is retreating against the greenback but stays steady against others.

Technically, despite notable rally, Dollar is generally still stuck in range at the time of writing. To confirm underlying momentum in the greenback, we’ll need to see break of 1.1512 support in EUR/USD, 1.3423 support in GBP/USD, 0.9174 resistance in USD/CHF, and 113.65 minor resistance in USD/JPY.

US initial jobless claims dropped -4k to 267k in the week ending November 6, slightly above expectation of 266k. Four-week moving average of initial claims dropped -7k to 278k. Both were lowest since March 14, 2020.

GCEE projects German economy to grow 2.7% this year and 4.6% next

In the latest annual report, the German Council of Economic Experts said, “a variety of bottlenecks on the supply side are disrupting global value chains and, combined with the pandemic-related restrictions that are still in place, are holding back growth.”

It forecasts Germany GDP to grow 2.7% in 2021 and 4.6% in 2022. And that subject to “significant risks” including “return of extensive measures to stop the spread of the coronavirus or persistent supply and capacity bottleneck”.

The GCEE projections an inflation rate for Germany of 3.1% in 2021 and then 2.6% in 2022. “Longer-lasting supply-side bottlenecks, higher wage settlements, and rising energy prices pose a risk, however, that what are in fact temporary drivers of prices could lead to persistently higher inflation rates,” it said.

“Fiscal policy needs to normalise following the crisis. Public finances have to be made more sustainable and crisis-resilient again,” says Volker Wieland, member of the GCEE. “The best way for monetary policy to contribute to sustainable economic growth is by maintaining price stability. A normalisation strategy should be published for this purpose.”

Australia Westpac Consumer Sentiment rose 0.6% to 105.3 in November, up from 104.6. Looking at some details, the index on economic conditions for the next 12 months improved from 103.2 to 106.6, as reopening of major cities looked to have shored up confidence. Unemployment expectations index dropped notably from 107.1 to 95.3, as more consumers expect unemployment to fall than rise.

Westpac expects RBA to continue with the current AUD 4B per week asset purchases to continue as planned till February, and then reduce it to AUD 2-3B until next most likely review in May. Yet, if RBA assess that the pace of achieving its targets is satisfactory, it could decide to cut taper to ADU 2B per week and Fed, and than end the program altogether by May.

ANZ said: “Overall, the survey shows an understandable wariness as we move into a COVID-endemic world. The one certainty is that costs are through the roof.” 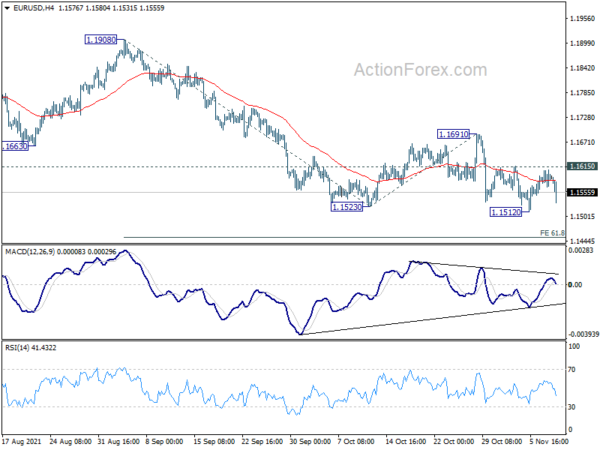 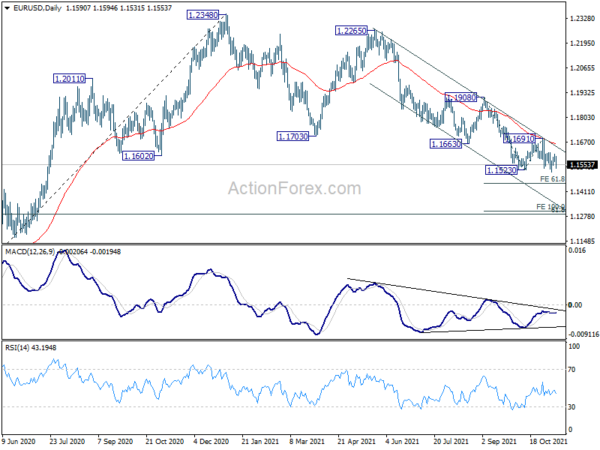