Euro Soft But No Fresh Selloff Yet

Euro stays generally soft today even though there is no follow through selling yet. It’s reported that Germany’s acting Chancellor Angela Merkel urged in a CDU meeting tougher restrictions to combat the fourth wave of coronavirus infection. But the news was shrugged off as the markets have probably priced in a return to lockdown in Germany already. As for today, Yen and Sterling are the softer ones with Euro. Commodity currencies are firm on positive market sentiment in the US, with NASDAQ likely to extend record run at open.

Technically, we’d maintain that Euro bears are probably still waiting to press the button on selling EUR/USD firmly away from 1.125/30 support zone. Thus, the movements in Euro against other relatively limited. One exception is EUR/AUD, which is apparently heading back to 1.5446 minor support. Break there will bring retest of 1.5354 low and could help drag Euro down elsewhere. 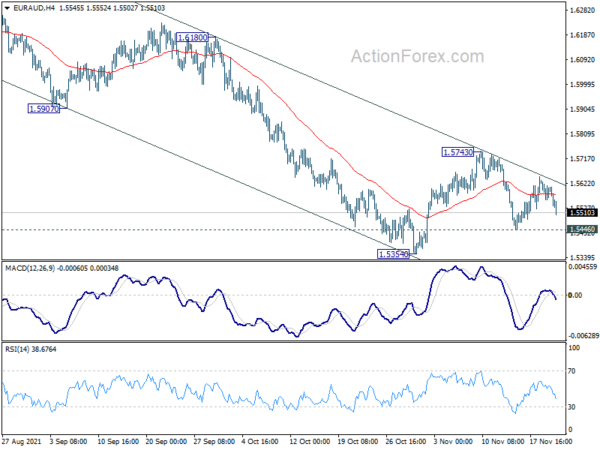 Bundesbank: German inflation to be just under 6% in Nov

Bundesbank said in the monthly report that inflation rate will rise to “just under 6 percent in November”. Inflation is expected to “decline noticeably in January when statistical special effects (especially the VAT base effect) expire. “But it could still be well over 3 percent for a long time,” it added.

It also expects “a breather in the economic recovery” in autumn. Industrial is likely to “continue to be burdened by delivery problems”, and thus, “dampen overall economic growth”. Risks from an intensified pandemic would exist throughout the winter half-year. “As things stand at present, the macroeconomic effects are likely to be less severe than in previous pandemic waves,” it said.

Gold edges lower today and break of 1841.28 support suggests that a short term top was formed at 1877.05 already. It’s possible that whole rebound from 1682.60 has completed with three waves up to 1877.05. That means, such rise is just the third leg inside the corrective pattern from 1676.65. More importantly, that in turn argues that larger corrective pattern from 2074.84 high is still unfolding. 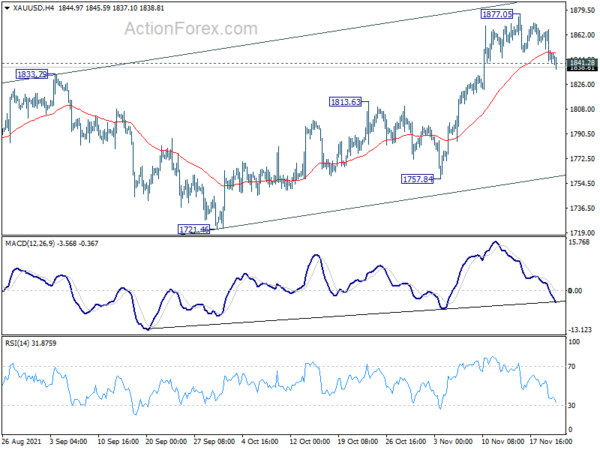 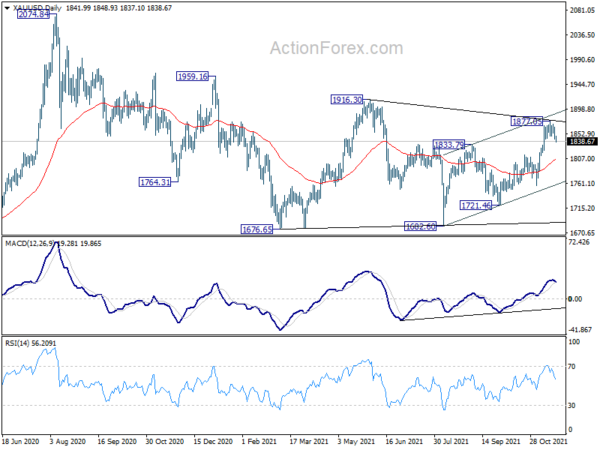 Intraday bias in EUR/USD remains neutral first and outlook is unchanged. On the downside, break of 1.1249 and sustained trading below 1.1289 long term fibonacci level will carry larger bearish implications. Deeper fall would then be seen to 161.8% projection of 1.1908 to 1.1523 from 1.1691 at 1.1068 next. Nevertheless, break of 1.1384 minor resistance will now indicate short term bottoming, and turn bias back to the upside for rebound. 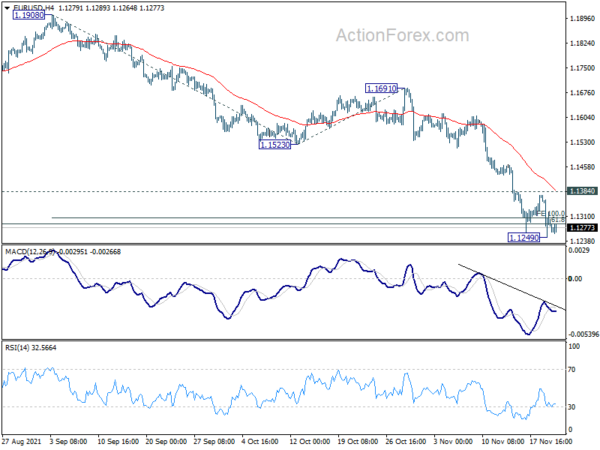 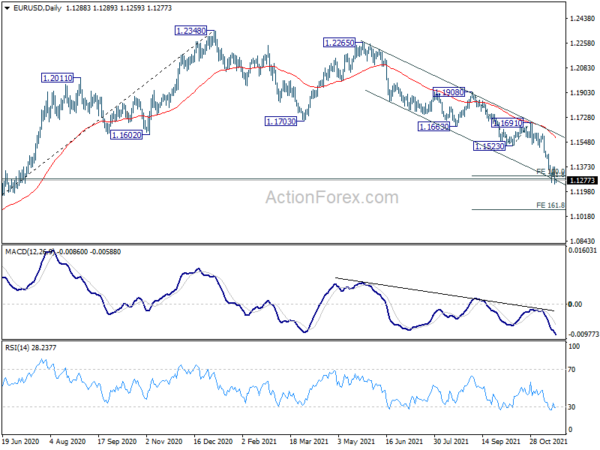