Yen and Franc Consolidate as Market Sentiment Stabilized for Now

The forex markets are staying in consolidative mode today as overall market sentiment stabilized. Major European indexes are paring some of last week’s losses while US futures also point to higher open. But it remains to be seen if it’s just a dead cat bounce, or a reversal. Canadian and Australian Dollar are currently the stronger ones for today, while Euro, Yen and Swiss Franc are the softest.

Technically, in addition to Yen crosses, we’d also pay attention to Franc crosses to gauge overall sentiment. In particular, GBP/CHF is now close to 1.2259 key resistance turned support level. Sustained break of this level will argue that medium term rise from 1.1107 is finished and could prompt downside acceleration. Nevertheless, rebound from current level, followed by break of 1.2549 resistance will turn near term outlook bullish again. 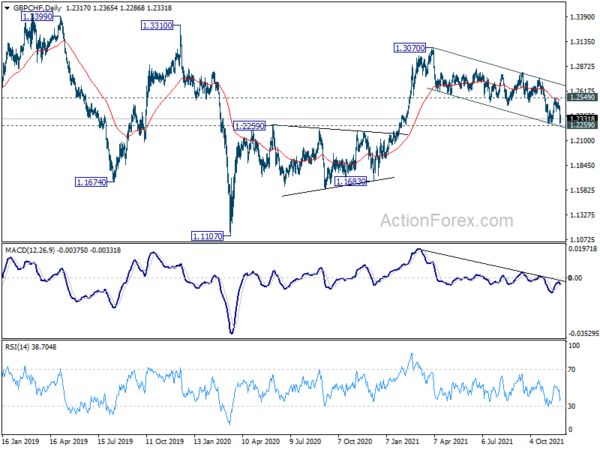 Vice-President Luis de Guindos said in Madrid today, “economic situation is marked by a high degree of uncertainty with “outbreaks of infections” and “appearance of new variants.” He warned that potential withdrawal of policy support measures has to be taken very carefully. It’s important for monetary policy keep all options open.

De Guindos reiterated that factors behind inflation are of “transitory nature. And he expects inflation to start falling next year.

Separately, Governing council member Francois Villeroy de Galhau “obviously, we must monitor closely the latest COVID developments, and the new Omicron strain”. But he also noted, “the economic effects of the successive waves have proven so far to be less and less damaging, and this one shouldn’t presumably change the economic outlook too much.”

ECB Schnabel: November will prove to be the inflation peak

ECB Executive Board member Isabel Schnabel said “November will prove to be the peak” of inflation. She added, “We predict inflation will fall back below 2%” target.

“I can very well understand that many people have worries,” she told Germany’s ZDF national television broadcaster in a live interview. “We must understand that this has to do with an extraordinary economic situation”, repeating the factors including base effects and rise in energy costs and raw materials prices.

In a WSJ interview, RBNZ chief economic Yuong Ha said the central bank would have raised interest rate even if Omicron was know before the meeting last week.

He said New Zealand is now “transitioning into a new Covid protection framework” and people are “getting used to the idea of living with Covid”. Hence, Omicron doesn’t change the outlook. “It probably just reinforces the downside risks we saw in the projections,” he said.

RBNZ will be in a better place to assess Omicron’s economic impact at next meeting in February. “If Omicron turns out to be a massive game changer, that might be kind of like August where we just took a pause,” Ha said. 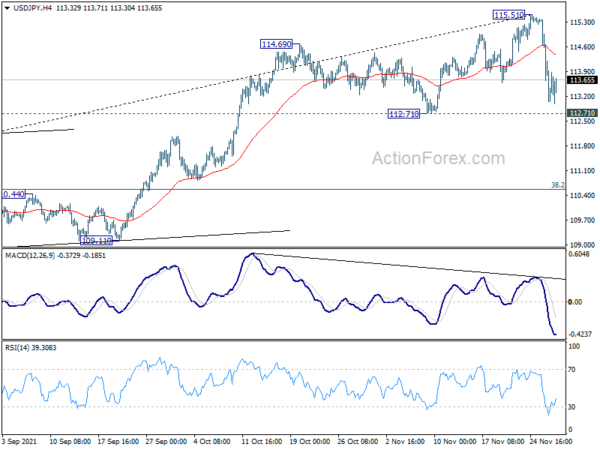 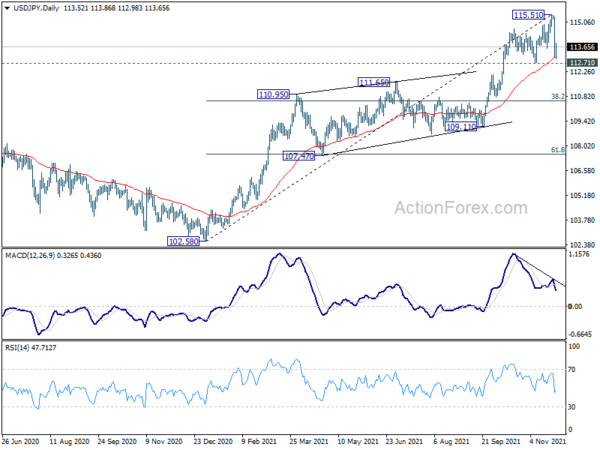