Australian Dollar rides on solid risk-on sentiment and rallies broadly today. US futures point to higher open while S&P 500 would extend record run. Swiss Franc is surprisingly firm too but it’s helped by selloff against Euro, together with Sterling. Dollar is currently the worst performing, together with Canadian and Yen while Euro is not too far away. 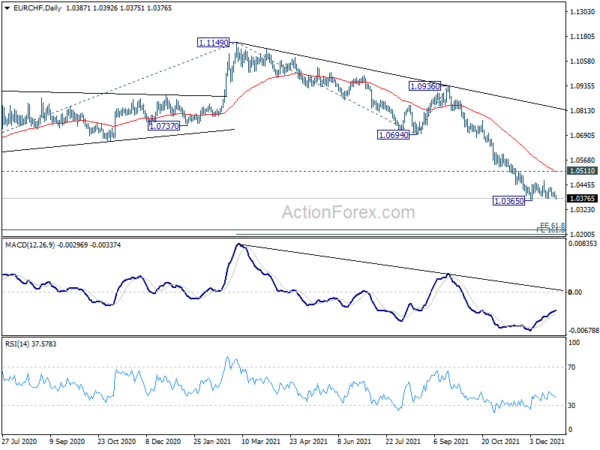 Bitcoin could be heading back to 45560 support

We’re viewing Bitcoin’s price actions from 41908 spike low as a corrective pattern. Even in case of another rise, strong resistance should be see from 53299 support turned resistance to limit upside. Indeed, break of 45560 support will argue that fall from 68986 is resuming through 41908.

Today’s fall has pushed Bitcoin back below 50k handle and 4 hour 55 EMA. We’ll now monitor if there is more downside acceleration to push it through 45560 to trigger the above bearish case. 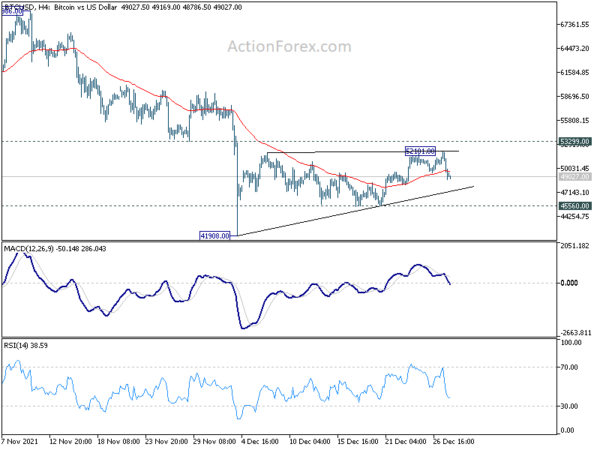 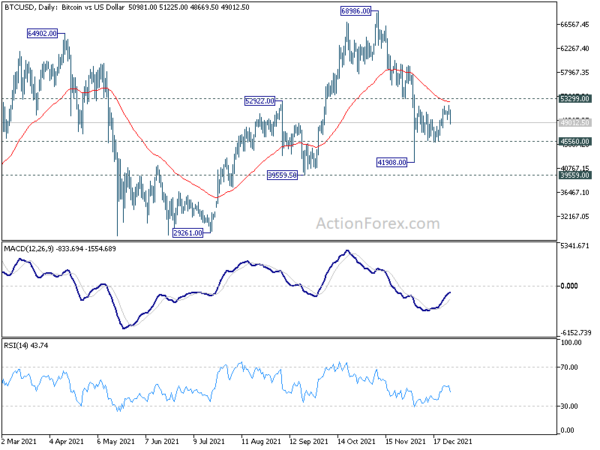 Oil prices follow broad based risk-on sentiments and jumped higher this week. Investors seem to be getting Omicron worries behind, as the health impacts of infection look much milder than feared.

For now, we’re viewing the pattern from 85.92 has a sideway corrective pattern, with range set between 61.90 and 85.92. Hence, we’d not expecting a break of 85.92 any time soon. Instead, there should at least be one more falling leg to complete the pattern. Let’s see. 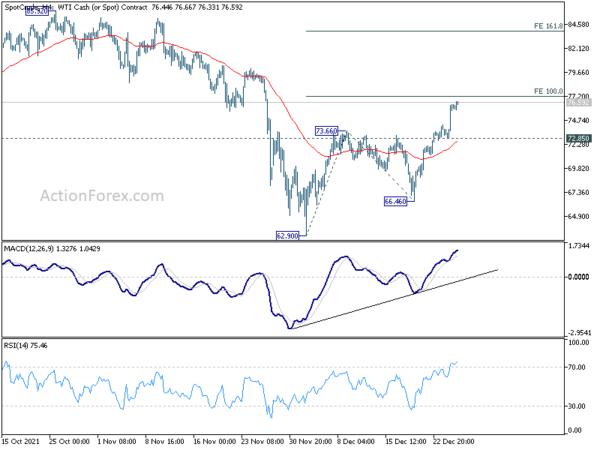 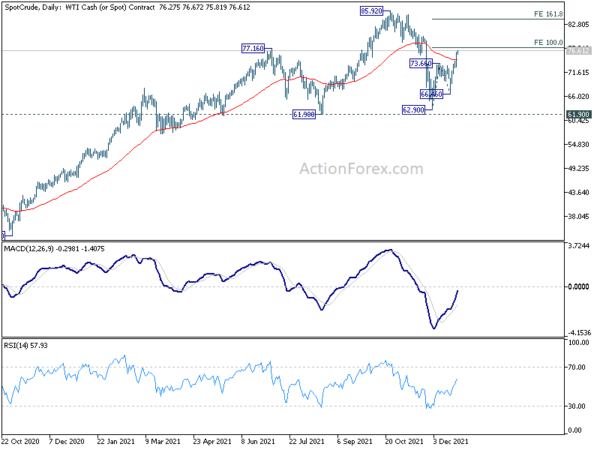 Based on a poll of manufacturers, the Ministry of Economy, Trade and Industry expects output to advance 1.6% in December and climb 5.0% in January.

Also released, unemployment rate edged up to 2.8% in November, from October’s 2.7%. 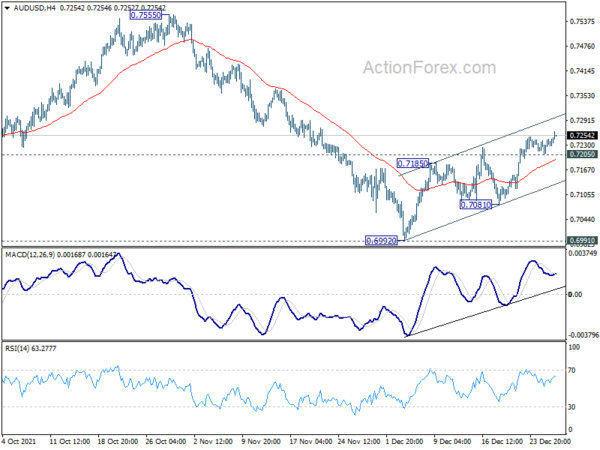 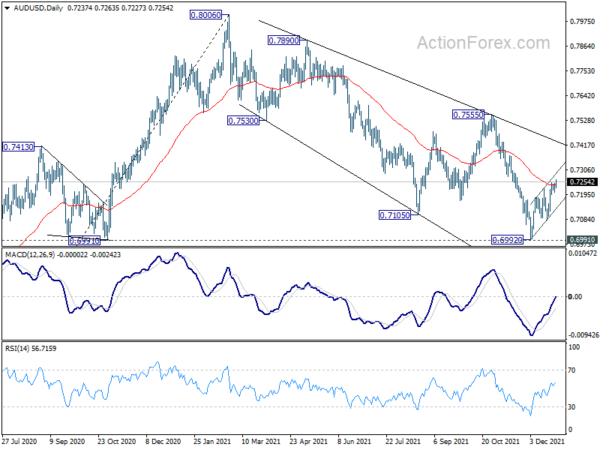