Risk-on sentiment is somewhat taking a breather as S&P closed slightly lower after making new high. But Yen remains overwhelmingly the worst performing one for the week, followed by Kiwi and then Euro. On the other hand, Sterling is currently the strongest one together with Swiss Franc, thanks additional to Euro’s weakness. Aussie is firm too while Dollar is mixed.

Technically, both Aussie and Canadian appear to be losing momentum against Dollar. Break of 0.7205 minor support in AUD/USD and 1.2846 minor resistance in USD/CAD would signal that Dollar is coming back against commodity currencies, probably as risk-on sentiment recedes further ahead of new year holiday. 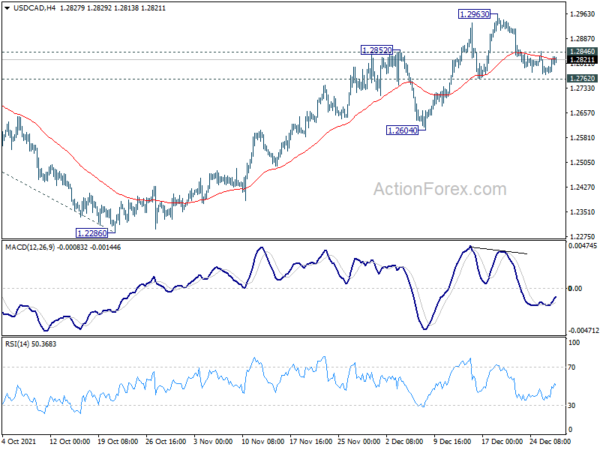 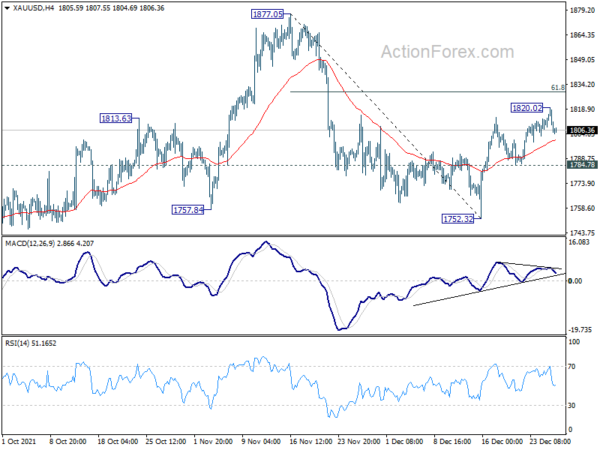 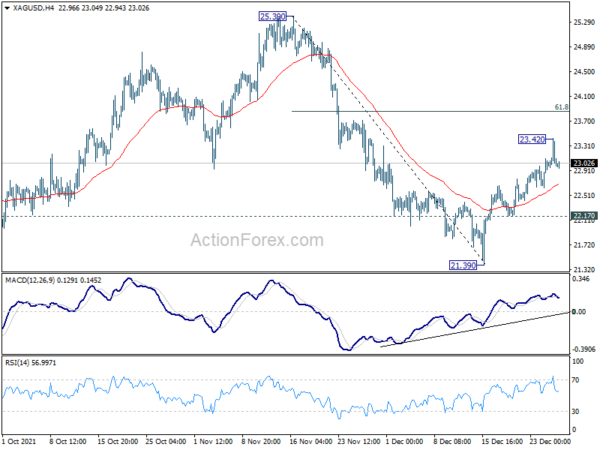 CHF/JPY to break through 125.48 to resume up trend

The bigger question is whether there would be more upside acceleration after breaking through 125.48. The key channel is the long term channel resistance. Sustained break there could easily send CHF/JPY to 100% projection at 130.07. And that would be a strong signal of Yen weakness elsewhere. Nevertheless, rejection by the channel resistance will just keep the selling in Yen steady. 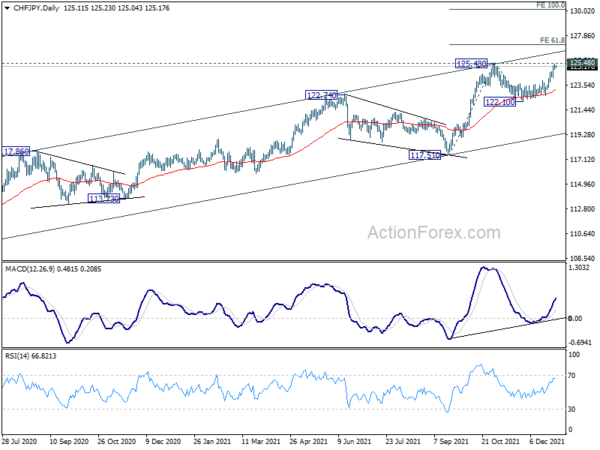 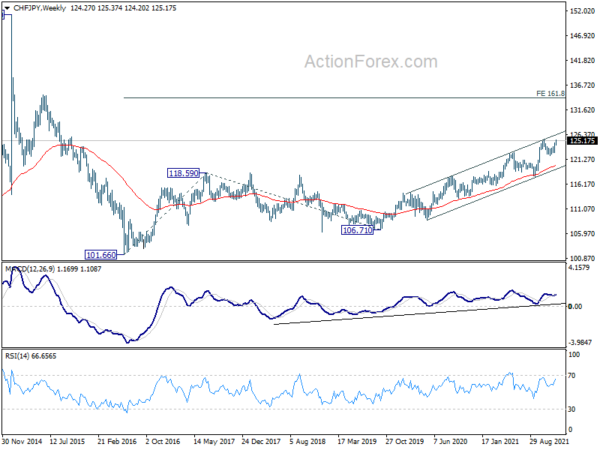 GBP/JPY is losing some upside momentum as seen in 4 hour MACD. But further rise is expected with 153.02 minor support intact. Firm break of 154.70 should confirm the bullish case that correction from 158.19 has completed at 148.94, after defending 148.93 key support. Further rally should then be seen to retest 158.19 next. On the downside, however, break of 153.02 minor support will mix up the near term outlook and turn intraday bias neutral again first. 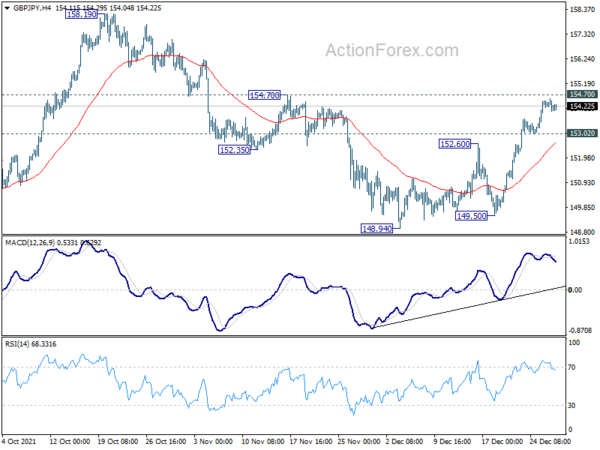 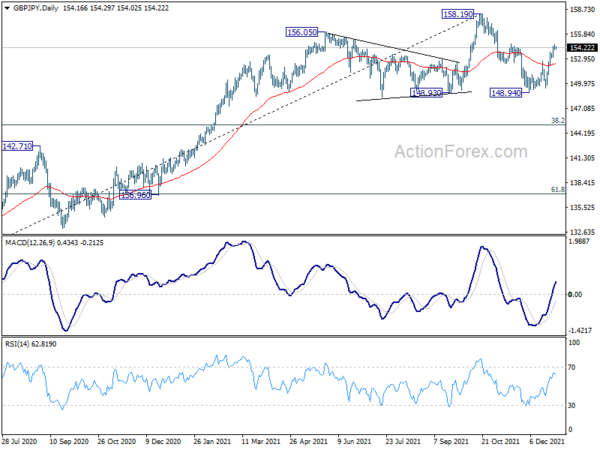