Canadian Dollar is trading as the strongest one for today, and remains firm after stronger than expected manufacturing sales data. Dollar is currently following, with help by rebound against Yen. Sterling is also slightly weaker, following Yen. Other currencies are mixed for now. Overall, trading is rather subdued with US on holiday.

Technically, while Canadian Dollar is firm, it’s currently still engaging in consolidation against Dollar. Further decline is expected with 1.2619 resistance intact. Break of 1.2452 will resume the fall from 1.2963 to 1.2286 and even further to 1.2005. However, if WTI oil reverses recent rally after being rejected by 85.92 high, a setback in Canadian Dollar could be triggered. That, if happens, could push USD/CAD through 1.2619 for a stronger rebound. 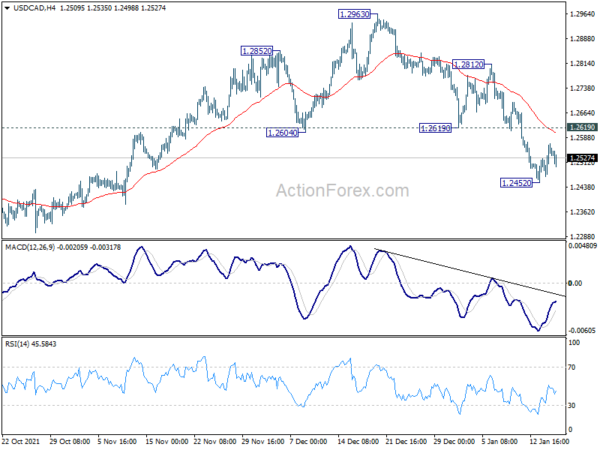 Canada manufacturing sales rose 2.6% mom to CAD 63.1B in November, above expectation of 1.7% mom. Sales increased in 18 of 21 industries, led by the primary metal, petroleum and coal product, non-metallic mineral, and food product industries.

The National Bureau of Statistics said, “we must be aware that the external environment is more complicated and uncertain, and the domestic economy is under the triple pressure of demand contraction, supply shock and weakening expectations.”

China’s rate cuts were not enough to lift investor sentiment in the region. PBoC lowered its one-year medium-term lending facility rate by 10bps to 2.85%. The seven-day reverse repurchase rate was also cut by 10bps to 2.1%. They’re the first rate cut since April 2020.

Hong Kong HSI closed down -165 pts or -0.68% at 24218.03. Downside momentum has been diminishing since mid December. Yet there is no clear sign of bullish reversal. HSI is still inside medium term falling channel. Another fall remains in favor to extend the down trend from 31183.35 through 22665.25 low. 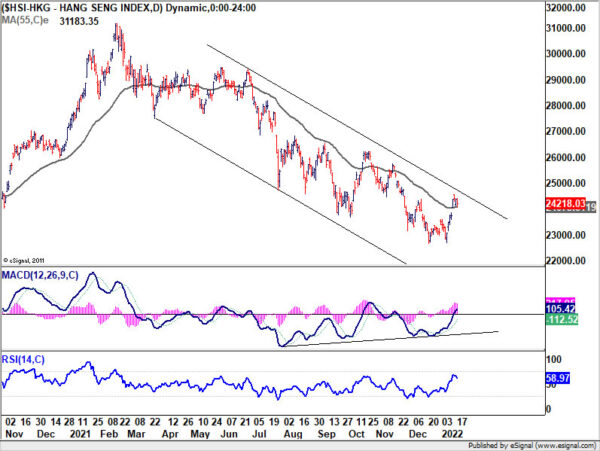 Intraday bias in GBP/USD remains neutral for consolidation below 1.3748 temporary top. Downside of retreat should be contained by 1.3489 support to bring another rally. As noted before, corrective fall from 1.4282 should have completed with three waves down to 1.3158, after hitting 1.3164 medium term fibonacci level. Above 1.3748 will target 1.3833 first. Sustained break of 1.3833 will pave the way back to retest 1.4248 high. 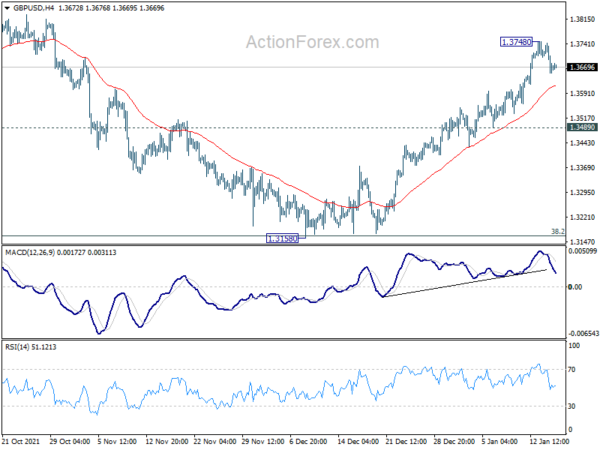 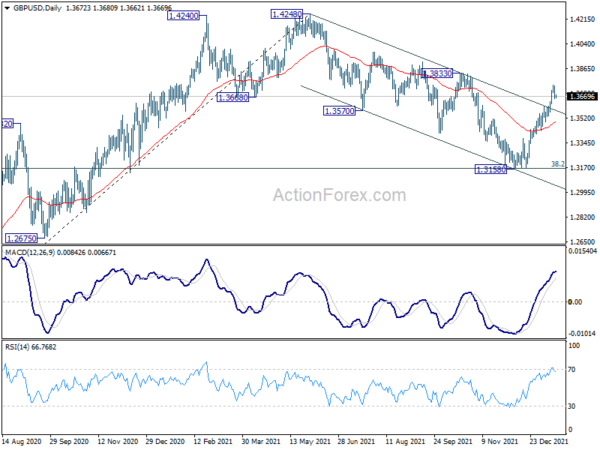