Dollar Fights Back on Strong NFP and Wage Growth

Dollar is rebounding strongly in early US session following much better than expected job and wage growth. The greenback is apparently turning the tide against all major currencies, except Euro. The common currency is still the runaway winner for the week, as boosted by surprised hawkish turn in ECB. In other markets, DOW futures took a deep dive after the release on concern of aggressive Fed tightening. 10-year yield looks set to break through 1.9 handle.

Technically, we’ll pay attention to whether Gold would finally break through 1794.31 with conviction this time, after a false break earlier in the week. If happens, that would help solidify the case for a Dollar comeback. Gold should then dive through 1780.01 to resume the fall from 1853.70 to 1752.32 support next. 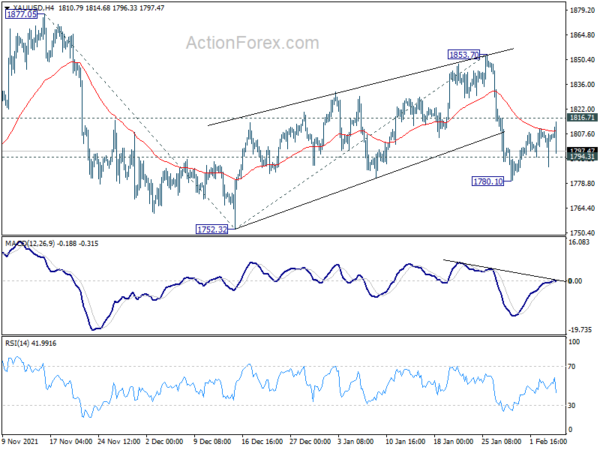 US non-farm payroll employment grew 467k in January, well above expectation of 150k. Prior month’s figure was also revised sharply up from 199k to 510k. Employment was still down -2.9m or -1.9% from its pre-pandemic level in February 2020.

Eurozone retail sales dropped -3.0% mom in December, much worse than expectation of -0.5%. Retail trade decreased by -5.2% for non-food products and by -0.3% for food, drinks and tobacco, while it increased by 0.1% for automotive fuels.

Tim Moore, Director at IHS Markit said: “UK construction companies started the year on a strong footing as business activity picked up speed and new orders expanded to the greatest extent since last August… Higher energy, transport and raw material bills led to across the board increases in input prices during January, but fewer supply issues helped ease the overall rate of cost inflation to its lowest since March 2021.”

BoJ Governor Haruhiko Kuroda told the parliament today that inflation remains subdued in Japan because of the delay in recovery from pandemic, the public’s deflationary mindset and firms’ assumption that prices won’t rice much.

“In Japan, nominal wages haven’t risen much. It’s hard to see inflation sustainably reach our 2 per cent target unless wages rise in tandem with prices,” he said. 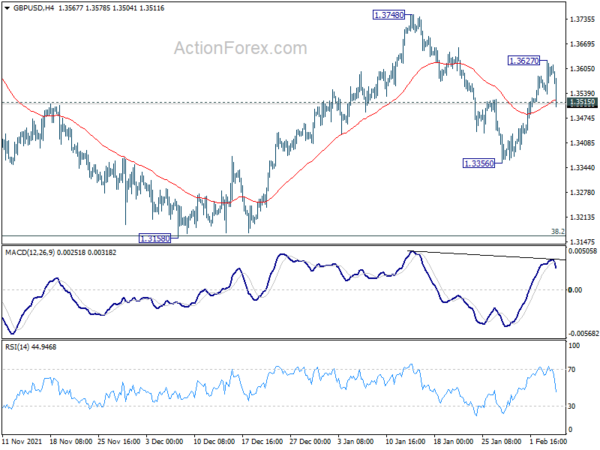 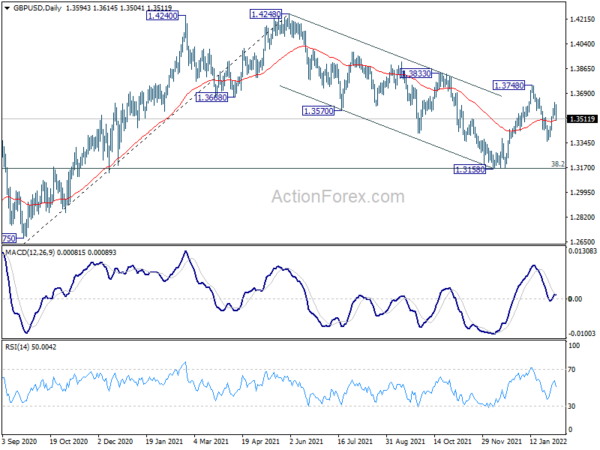