Euro Retreats ahead of Key Resistance, US CPI the Biggest Event for the Week

The markets are steady in Asia in a quiet start to the week. Euro is softening slightly, paring some of last week’s gain. Aussie and Kiwi also turn weaker on mild risk aversion. On the other hand, Dollar and Canadian are both regaining some grounds. It’s a relatively light week in terms of economic data and events. But US consumer inflation data on Thursday as every potential to give the markets a bang. 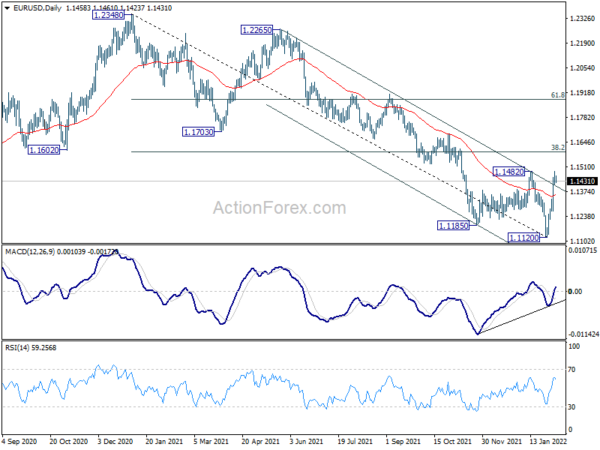 Innes Willox, Chief Executive of Ai Group, said: “The performance of Australia’s services sector rose over the December-January period with sales, employment and new orders all growing compared with November…. Businesses reported a slight easing of input price and wages pressures compared with November while selling prices rose indicating a belated and partial recovery of earlier cost rises. The rise in employment, while encouraging, came alongside numerous reports of the unavailability of staff and appears likely to reflect businesses hiring staff to cover for the workforce impacts of the Omicron wave.”

Ben James, Director of Quarterly Economy Wide Statistics, said: “Consumers enthusiastically returned to discretionary spending following the end of Delta related lockdowns in October, and the continued easing of restrictions over the quarter. Well publicised concerns over product availability and delivery timeliness led to consumers bringing forward their end of year shopping, in conjunction with a re-opening spending splurge due to pent up consumer demand.”

“This post lockdown recovery aligns well with the previous nationwide Covid lockdown recovery in the September quarter 2020 where sales rose 6.3 per cent, more than recovering the losses of the June 2020 quarter fall of 3.5 per cent”.

Wang Zhe, Senior Economist at Caixin Insight Group said: “To sum up, both the manufacturing and services sectors weakened in January. Activity in the manufacturing sector shrank. Domestic demand was subdued, and overseas demand largely declined. The labor market remained under pressure. The gauges for input and output prices were stable, while the high prices of some raw materials remained a concern. The level of optimism among service enterprises declined.

“In December and January, the resurgence of Covid-19 in several regions such as Xi’an and Beijing forced local governments to tighten epidemic control measures, which restricted production, transportation and sales of goods. It has become more evident that China’s economy is straining under the triple pressures of contracting demand, supply shocks and weakening expectations.”

Bitcoin back above 40k, next hurdle at 46k

Bitcoin’s rebounded strongly over the week and and it’s now trading back above 42k handle. The decline from 68986 is seen as the first leg of a long term corrective pattern. Such fall should have completed at 33000, on bullish convergence condition in daily MACD.

However, rejection by 46476, or earlier, would argue that it’s developing into a deep correction that should have another down leg through 33000 and even 30k. 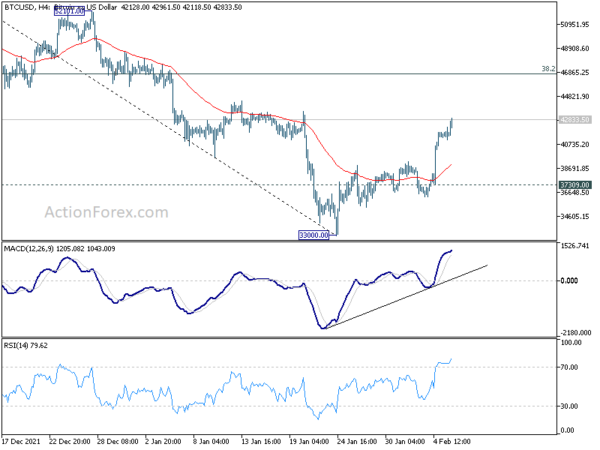 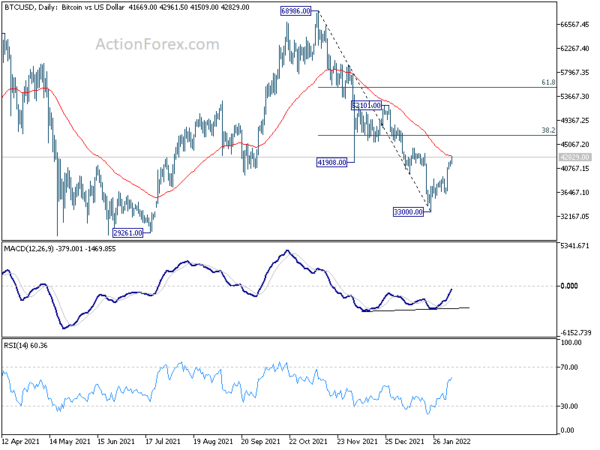 US CPI to highlight a relatively light week

US CPI will highlight a relatively light week. So far, Fed officials have tried to talk down the case for a 50bps rate hike at the March 15-16 meeting. Instead, they’d opt for a series of successive rate hikes. But if inflation figures continue to surprise on the upside, some of the hawks might start to change their mind.

Intraday bias in EUR/CHF remains on the upside at this point. Rise from 1.2098 medium term bottom should target 8.2% retracement of 1.1149 to 1.0298 at 1.0623 first. Sustained trading above there will raise the chance of trend reversal and target 61.8% retracement at 1.0824 next. On the downside, below 1.0511 minor support will turn bias neutral and bring consolidation first, before staging another rally. 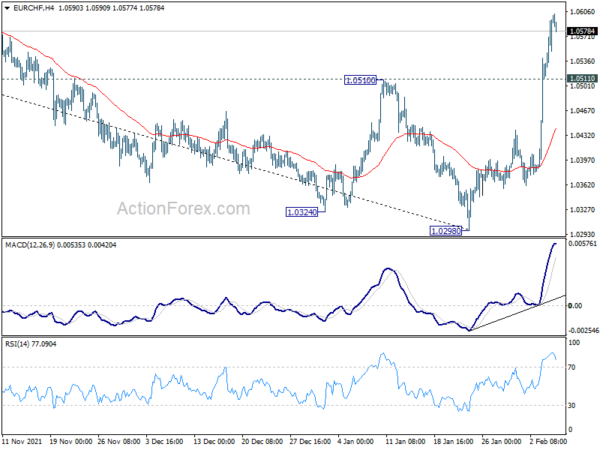 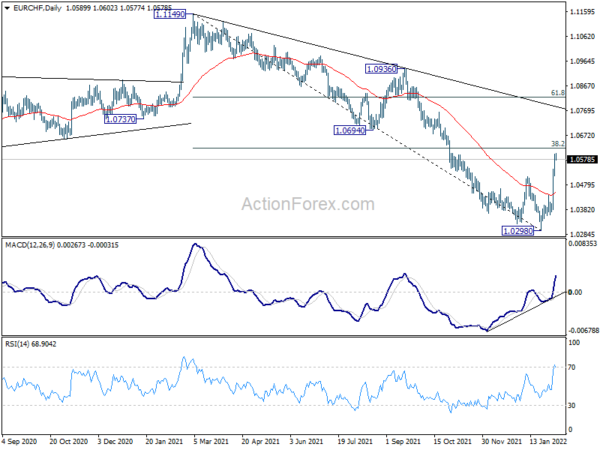