While risk aversion still dominates, sentiments appeared to be lifted by comments from Russian Foreign Minister Sergei Lavrov. In a televised exchanged, Lavrov told President Vladimir Putin, “I must say there are always chances… It seems to me that our possibilities are far from exhausted… At this stage, I would suggest continuing and building them up.” US futures are staging a u-turn after the comments while European indexes recovered some ground.

In the currency markets, Dollar is currently the strongest one for today, followed by Yen which is retreating slightly. New Zealand Dollar is the worst performing one, followed by Sterling and then Euro. Technically, there is no clear development yet. But attention will be paid to some levels in Yen crosses including 155.11 minor support in GBP/JPY, and 81.28 minor support in AUD/JPY. Break of these levels will argue that Yen buying is picking up momentum again. 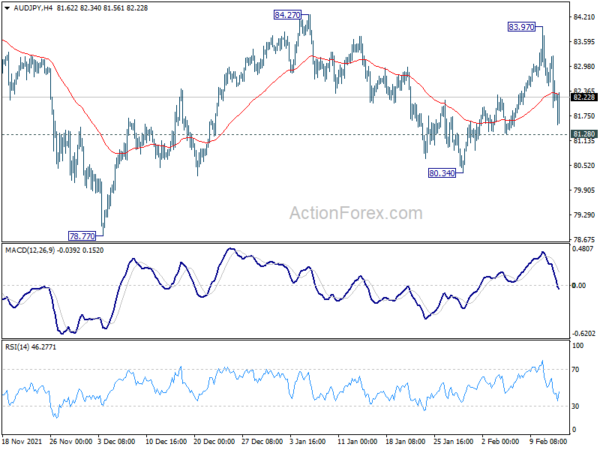 Fed George: We have got to get to neutral really fast

In a WSJ interview, Kansas City Fed Esther George said that with inflation at at 7.5% in January, and the benchmark interest a rate near zero, Fed’s policy is “out of sync”. But she said it’s too soon to say if Fed should hike by 50bps in March. She also hasn’t form a view on how much interest rate has to go up this year.

“What we have to do is be systematic,” George said. “It is always preferable to go gradual…Given where we are, the uncertainties around the pandemic effects and other things, I’d be hard-pressed to say we have got to get to neutral really fast.”

“If we get to March and the data says we should be talking about that [a half-point rate increase], I’m sure that will be in play, but I’m not sure that is the answer, per se, to how we get there,” George added.

She also dismissed the idea of holding an emergency FOMC meeting to raise interest rate. “I don’t know that I’d call the markets reacting to data an emergency here, because frankly, in my own forecast of looking where inflation was moving, the print was not a surprise,” she said.

Nikkei lost -2.2% on risk aversion, heading back to 26k first

Markets are generally staying in risk-off mode today as there is no sign of de-escalation in Russia-Ukraine situation. Nikkei tumbled sharply by -616.49 pts, or -2.23%, to close at 27079.59. 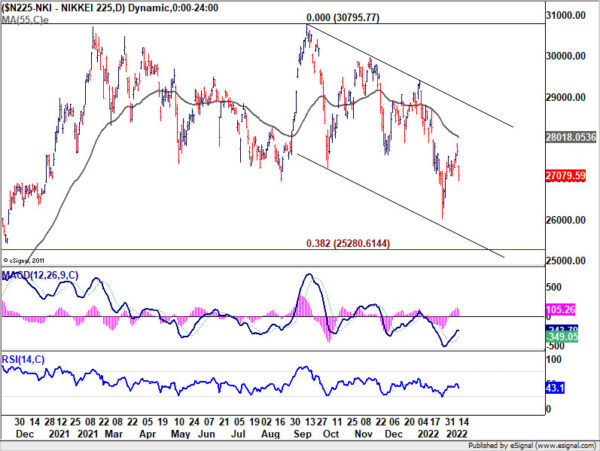 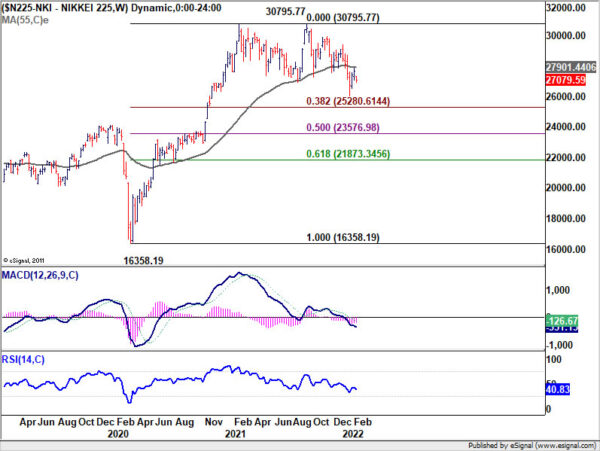 BNZ Senior Economist Craig Ebert said that “the PSI can jag around quite a lot from month to month – upwards and downwards. However, it’s also worth pointing out that the long-term average of the PSI is 53.6, which is starting to feel some distance away. So much for the new traffic light system releasing the brakes on activity.” 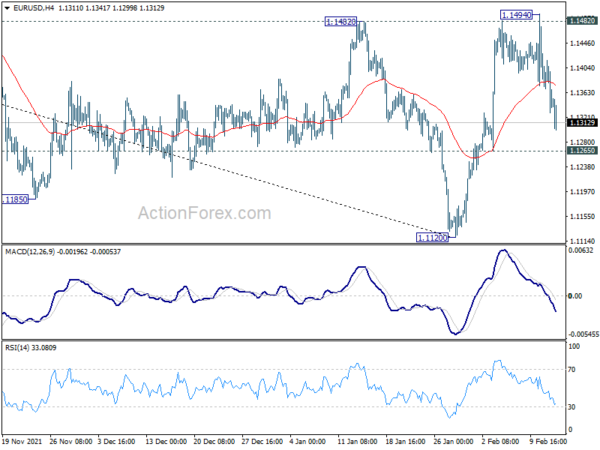 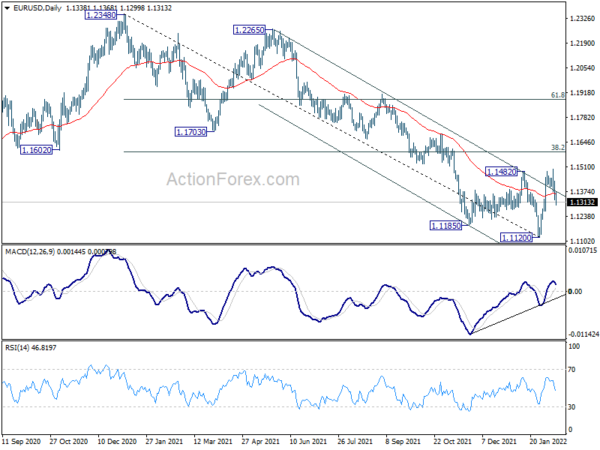