The forex markets are pretty steady in Asia session today, with major pairs and crosses bounded inside yesterday’s range. Sentiment is mixed as investors are awaiting to see Russia would invade Ukraine on February 16, as media reported. But the rally in Gold suggests that investors are getting nervous on the risks. For now, Swiss Franc and Yen are the stronger ones, while Euro and Sterling are soft together with Kiwi.

Technically, Euro is starting to look vulnerable as geopolitical risks clearly outweighs prospect of interest rate hike. In particular, we’ll pay attention to EUR/CHF’s reaction to 1.0439 minor support, as well as EUR/USD’s reaction to 1.1265 minor support. Break of these levels will indicate that near term rebound in the two pairs completed. They will then be heading back to 1.0298 and 1.1120 low respectively, with prospects of downside breakout. 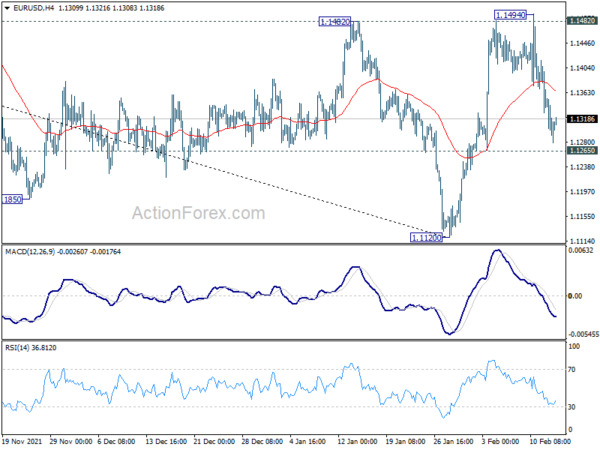 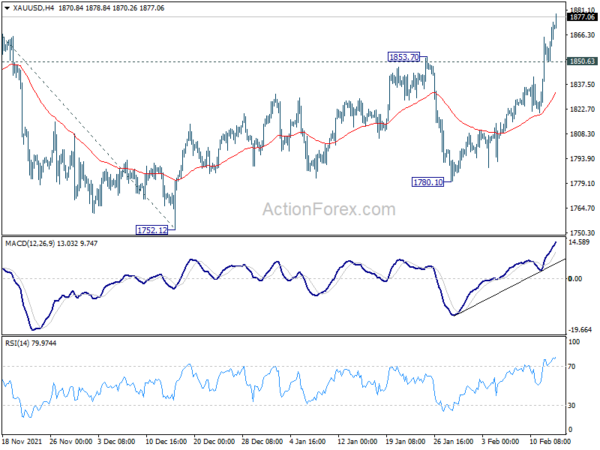 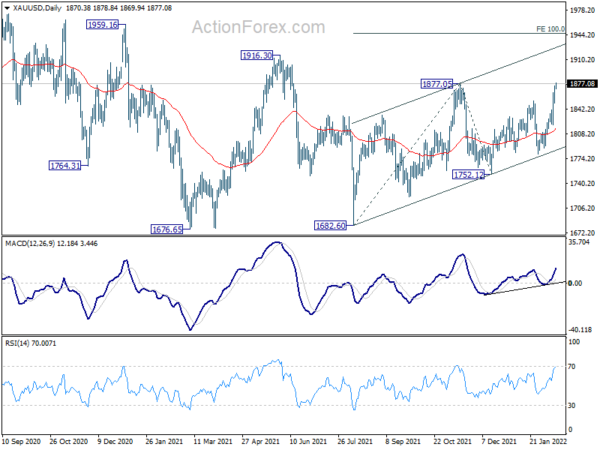 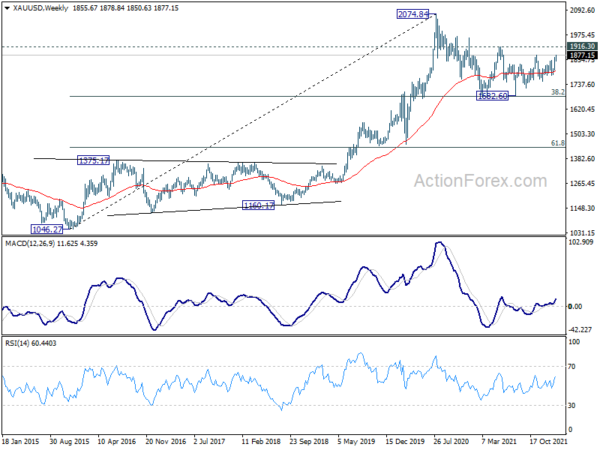 BoJ Kuroda: Baseline for economy and prices to gradually pick up

He acknowledged that the market operation of an offer to buy unlimited amount of bonds on Monday successfully pushed 10-year JGB yield from near 0.25% to 0.22%. But he emphasized it’s a “last resort” and a “powerful means not used explicitly by other central banks.” “We don’t expect to conduct such operation frequently. We’ll do this as needed,” he added.

For 2021 as a whole, GDP grew 1.7%, marking the first expansion in three years. The seasonally-adjusted real GDP size at JPY 541T remains slightly below pre-pandemic level of late 2019.

RBA minutes: Prepared to be patient on interest rate

In the minutes of February 1 meeting, RBA reiterated that it “will not increase the cash rate until actual inflation is sustainably within the 2 to 3 per cent target band.” It’s “too early to conclude that it was sustainably within the target band”. There were uncertainties about “how persistent the pick-up in inflation would be as supply-side problems were resolved” and “wages growth also remained modest”. The central bank is “prepared to be patient”.

Omicron outbreak “had affected the economy, but had not derailed the recovery”. The economy was “resilient” and was expected to “pick up as case numbers trended lower”. Job market had “recovered strongly” with central forecasts seeing unemployment to fall to “levels not seen since early 1970s”. Wages growth was expected to pick-up, buy only gradually.

Inflation had “picked up more quickly than the Bank had expected”, but was still “lower than in many other countries”. “Some moderation” in inflation was expected as “supply problems were resolved.” Stronger growth in labour costs was expected to become the “more important driver of inflation”. The central forecast was for underlying inflation to be within the target band over both 2022 and 2023.

A decision about reinvestment of asset purchases would be made at the May meeting, with the key considerations being the “state of the economy and the outlook for inflation and unemployment.”

UK employment data will be a main feature in European session. Eurozone GDP and Germany ZEW economic sentiment will also be closely watched. Later in the day, US will release PPI and Empire state manufacturing index. Canada will release housing starts. 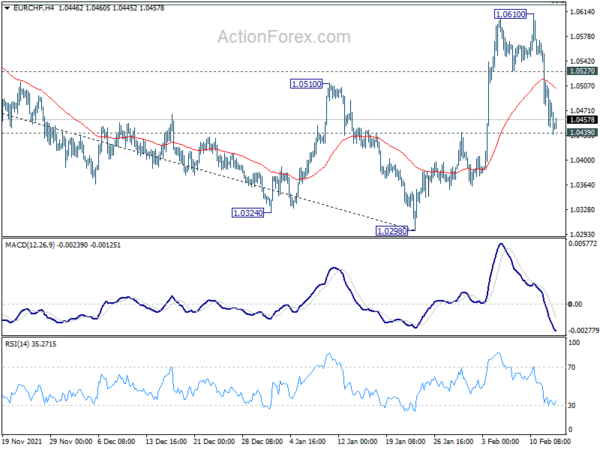 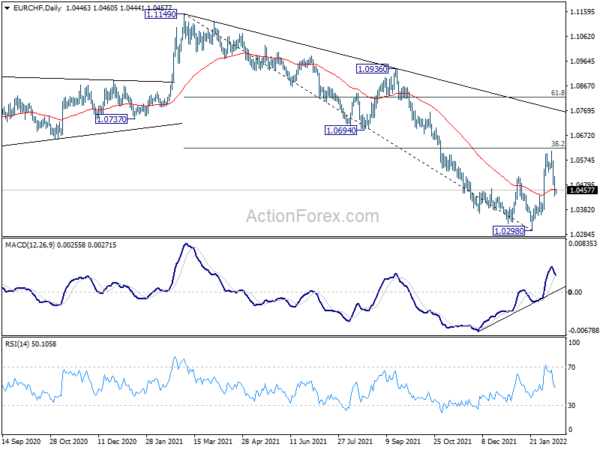