The markets had a roller coaster ride on Russia’s invasion of Ukraine last week. At the time of writing, Kyiv remains in Ukrainian hands after three days of brutal attack by Russia. Wave of European leaders have start delivering supplies Ukraine while packages of sanctions were imposed, up to Russian President Vladmir Putin. It’s also reported that cutting of Russia from SWIFT payment system would be taken in a matter of days.

Global stocks took a strong U-turn after initial dive during the week. But risks will remain on the downside for the near term at least. Gold and oil prices spiked higher but quickly retreated. More upside is still in favor in both risk sentiment commodity. In the currency markets, Aussie and Kiwi ended as the strongest ones for the week, followed by Canadian. European majors were also hammed, with Sterling as the worst. Dollar and Yen just ended mixed.

S&P closed the week up, but still more downside expected 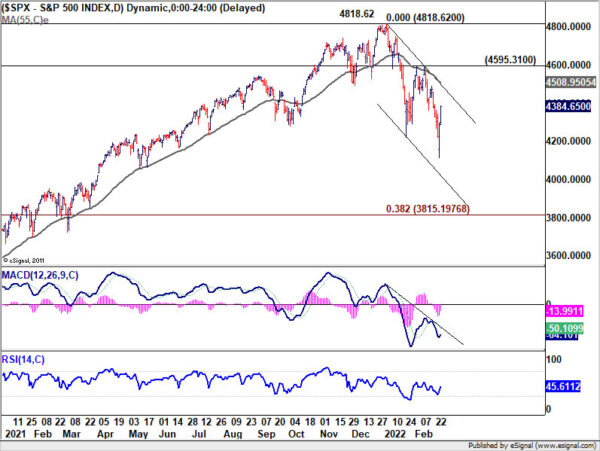 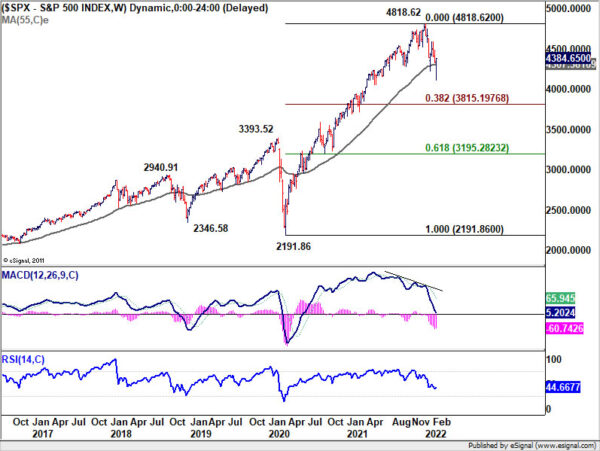 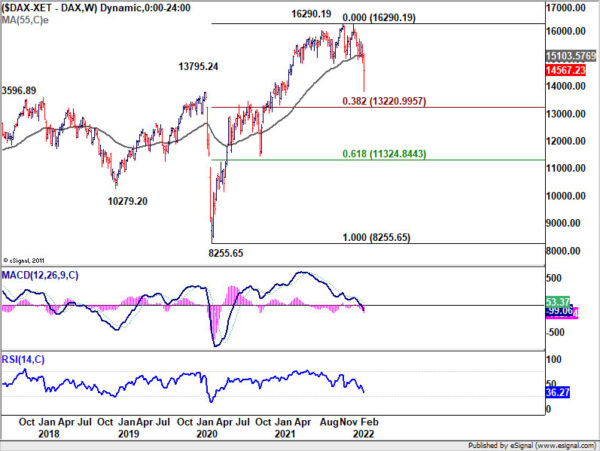 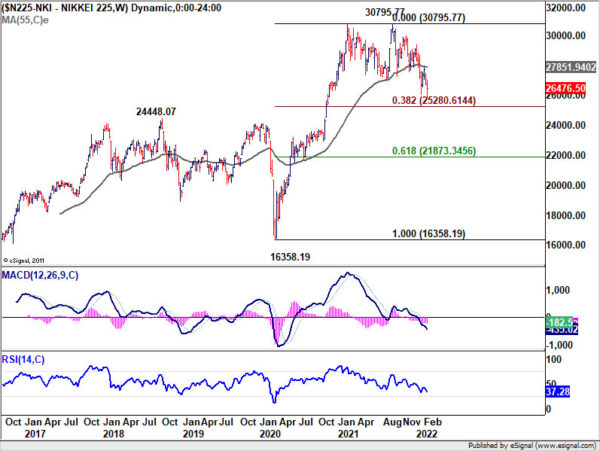 Dollar index edged higher to 97.73 last week, but couldn’t break through 61.8% retracement of 102.99 to 89.20 at 97.72. Upside momentum is also relatively weak as seen in weekly MACD. Still, further rise is in favor as long as 94.62 support holds. Sustained break of 97.72 could bring upside acceleration towards 102.99 high. However, break of 94.62 support will now suggest medium term topping and bring deeper pull back. 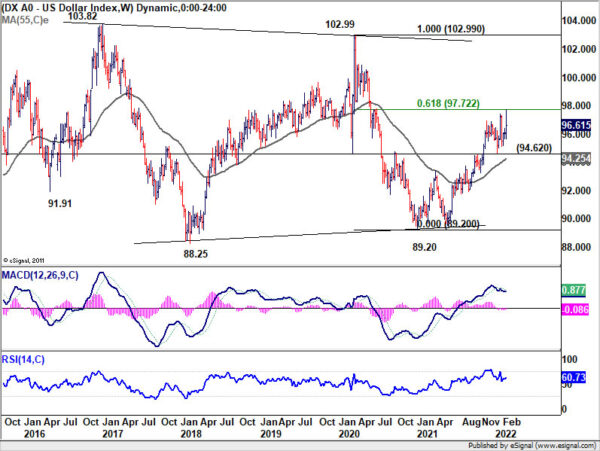 Gold, another rally to retest 2074 still expected after volatile week 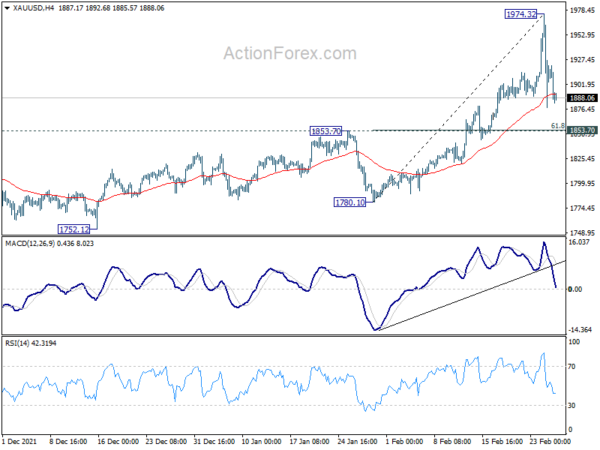 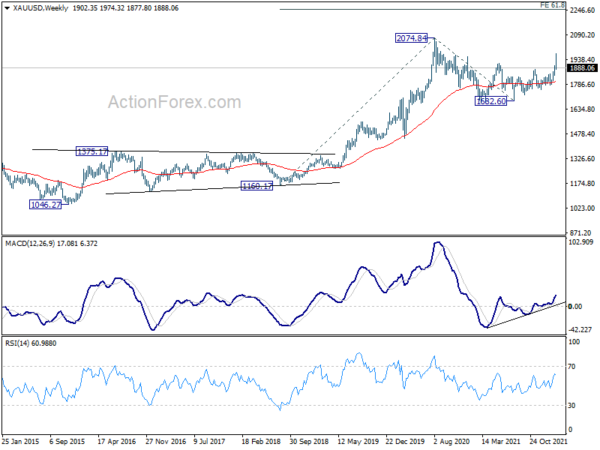 WTI oil to consolidate after spiking to 102.19

WTI crude oil spiked higher to 102.19 last week but quickly retreated to close at 93.35. Some consolidation below 102.19 is likely for the near term. But downside should be contained by 38.2% retracement of 62.90 to 102.19 at 87.18 to bring rebound. Recent up trend is still expected to continue after the consolidation completes. Next target level will depend on the eventual depth of the correction. 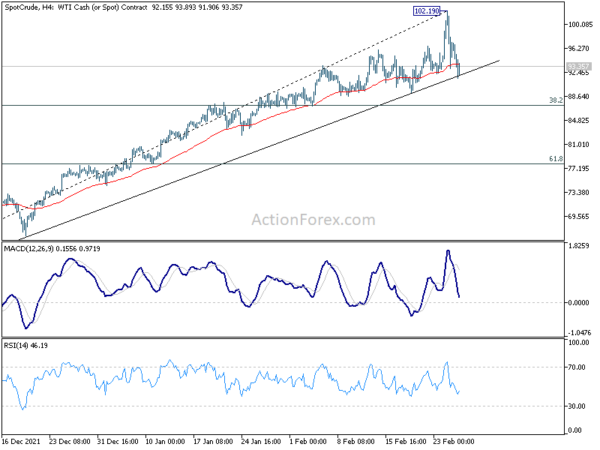 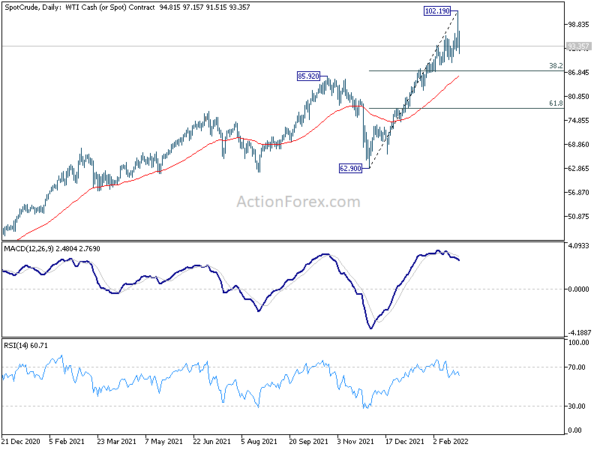 GBP/AUD was the biggest mover last week, losing -2.14%. For now, further decline will be expected as long as 1.8825 resistance holds, to 1.8123 support. Decisive break there will confirm that whole rise from 1.7412 has completed already. The three wave structure suggests that it’s just a corrective move. In this case, the larger down trend from 2.0840 could be ready to resume through 1.7412 low in the medium term . 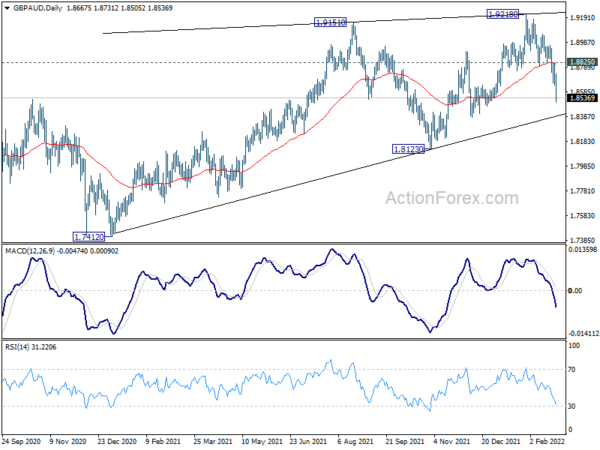 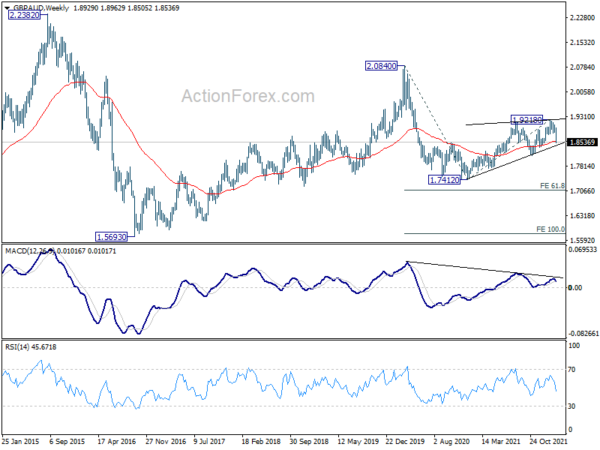 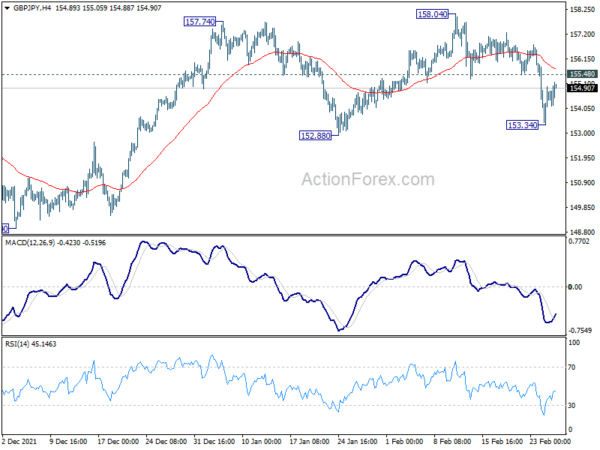 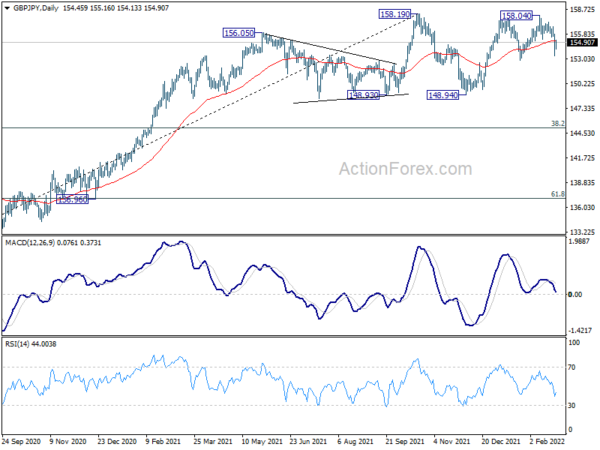 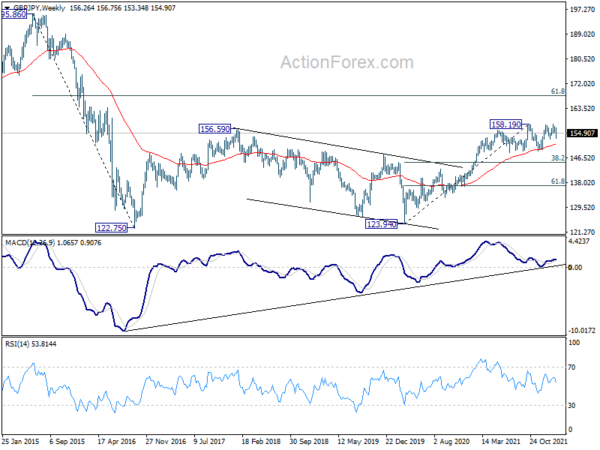 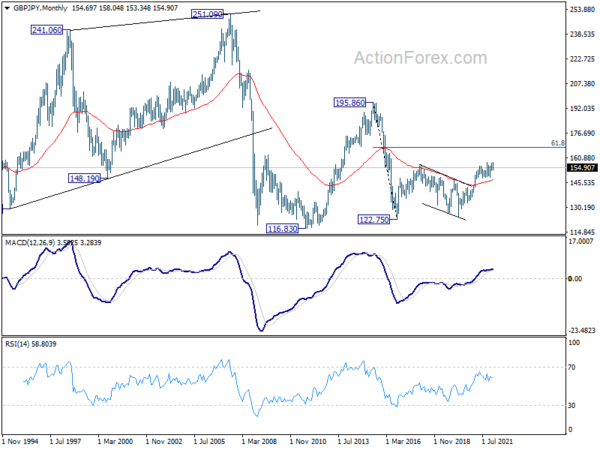