Overall markets are relatively mixed. Euro’s rebound attempt yesterday was rather disappointing, but it’s nonetheless still the best performer for the week. Dollar staged a strong rebound overnight, with help from hawkish Fed and rising yield, but there is no clear follow through buying yet. Commodity currencies were generally hammered by risk off sentiment. Yen is staying in consolidation, which would extend for a while longer.

Technically, despite breaching 1.0922 minor resistance, EUR/USD lacked follow through buying and dipped back into middle of a near term range. EUR/GBP’s is also capped below 0.8379 minor resistance so far. Thus, there is no confirmation of Euro’s underlying strength yet. The levels will continued to be watched. 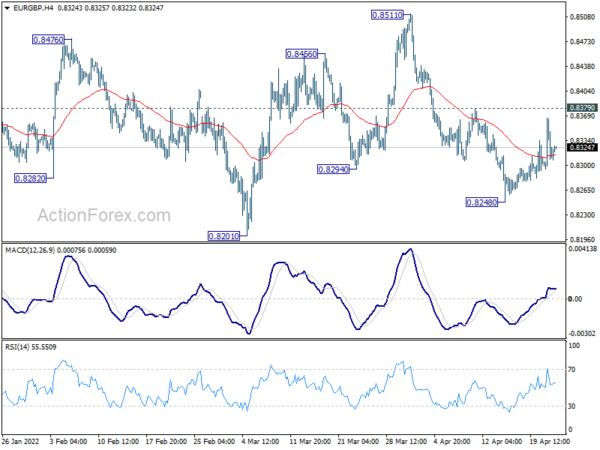 Fed Powell: 50bps on the table for May FOMC meeting

Fed Chair Jerome Powell said in an IMF discussion that with inflation running three times the 2% target, “it is appropriate to be moving a little more quickly.” He added that “fifty basis points will be on the table for the May meeting.”

“We have had an expectation that inflation would peak around this time and come down over the course of the rest of the year and then further,” Powell said. “These expectations have been disappointed in the past…We are not going to count on help from supply side healing. We are going to be raising rates.”

BoE Governor Andrew Bailey said yesterday that the UK is “walking a very tight line between tackling inflation and the output effects of the real income shock, and the risk that that could create a recession and pushes too far down in terms of inflation.”

“We are now in a period of unprecedentedly large shocks,” he said, referring to both the pandemic and the war in Ukraine.

BoC Macklem prepared to be as forceful as needed

BoC Governor Tiff Macklem said he’s “not going to rule anything out”,. when he was asked whether he could considering hiking more than 50bps at next meeting. He added, “we’re prepared to be as forceful as needed and I’m really going to let those words speak for themselves.”

Japan PMI manufacturing dropped to 53.4 in Apr, services rose to 50.5

Usamah Bhatti, Economist at S&P Global, said: “The latest Flash PMI data showed that Japanese private sector activity improved at a sharper rate at the start of the second quarter of 2022. Services companies recorded an expansion in activity for the first time since last December, while manufacturers saw output levels rise for the second successive month.

“April data signalled the sharpest expansion in four months, though the pace of growth was only marginal. Moreover, growth in incoming business in the private sector stagnated amid increased headwinds.

Jingyi Pan, Economics Associate Director at S&P Global said: “The expansion of the Australian economy continued in April, according to the S&P Global Flash Australia Composite PMI, buoyed by the easing of COVID-19 disruptions. Foreign demand played a part as well with new export business rising for the first time since December 2021.

“Price pressures persisted, however, for private sector firms that faced higher costs across raw material to wages. Input costs rose at the fastest pace since data collection began in May 2016, reflecting the impact from both the Ukraine war and lockdowns in China.

“Higher employment levels in April remained a bright spot to highlight, though the lack of suitable candidates have contributed to a slowdown of hiring activity. Meanwhile, despite better output growth, business confidence eased in April which is a worrying trend.” 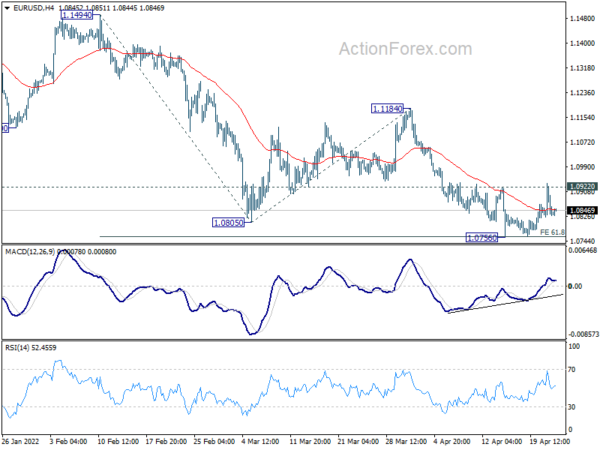 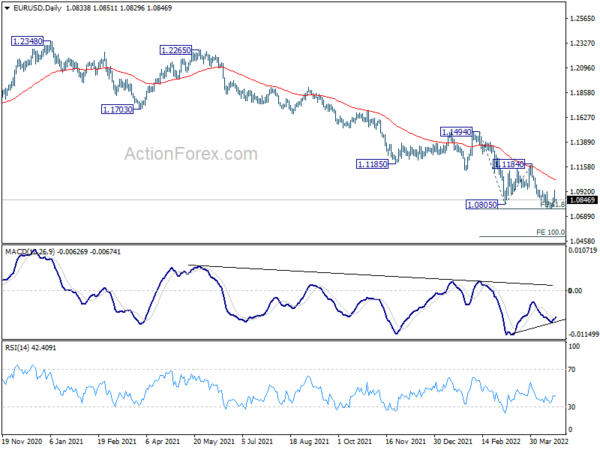