Dollar Back in Control ahead of NFP, Risk Aversion Back

Dollar is back in control as markets turned back into risk-off mode, just a day after the rallies triggered by Fed Chair Jerome Powell’s comments. Investors are apparently not too convinced by the ruling out of 75bps hike after a second thought. Focuses will turn to non-farm payroll report today, which should prompt even more volatility.

Staying in the current markets, Aussie is still the strongest one for the week, followed by Canadian. But both are starting to look vulnerable against the third-placed Dollar. Sterling is the worst performing one after BoE put stagflation into perspective. Swiss Franc is also weak followed by Kiwi. Yen and Euro are mixed for now.

Technically, attention will be on whether Dollar would finally break out of range against Euro and Yen today. Levels to watch are 1.0470 support in EUR/USD and 131.24 resistance in USD/JPY. Firm break of theses levels should confirm the underlying broad-based strength of the greenback.

In the Statement on Monetary Policy, RBA reiterated that a further lift in interest rates is required over the period ahead. Also, the Board will continue to closely monitor the incoming information and evolving balance of risks as it assesses the timing and extent of future interest rate increases

In the new economic projections: 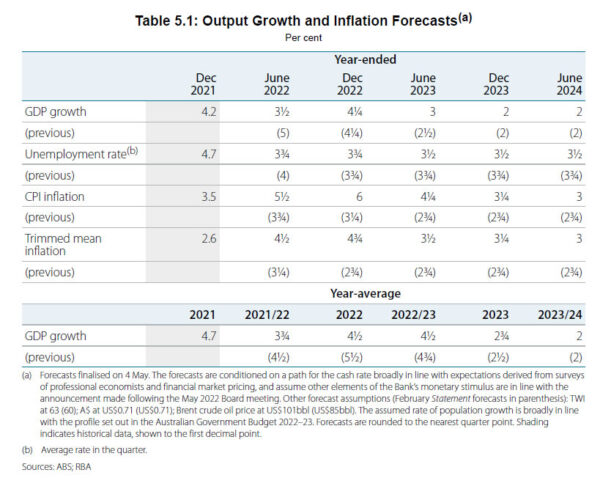 Also from Australia, AiG Performance of Services Index rose from 56.2 to 57.8 in April.

Bitcoin continued to gyrate lower this week and accelerated to as low as 35565 overnight. The move came with broad based risk-off selling in the US markets. Technically, the fall is seen as continuation of the decline from 48226, and outlook will stay bearish as long as 40014 resistance holds. Next near term target is 33000 low. 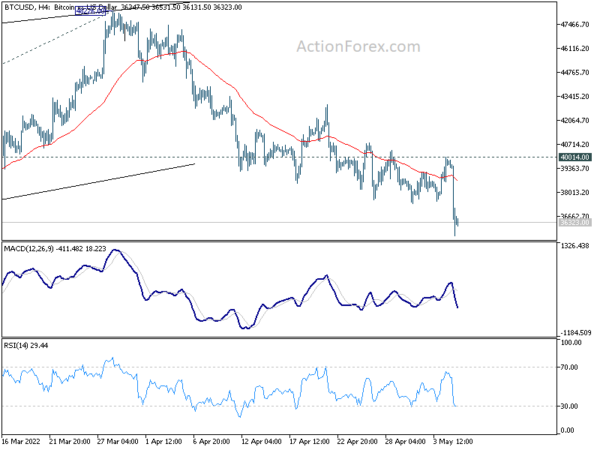 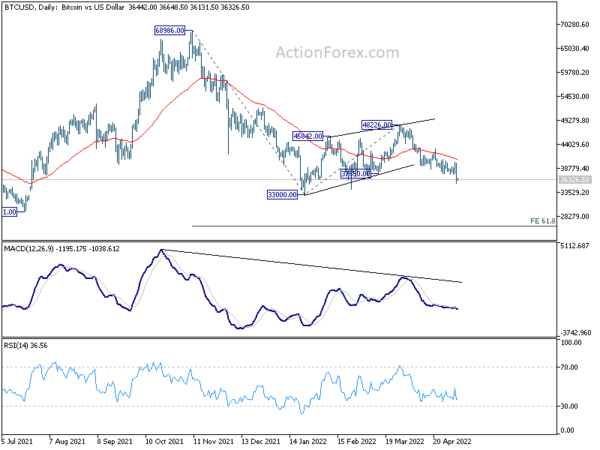 Focus will turn to US non-farm payroll report today. Markets are expecting 400k job growth in April. Unemployment rate is expected to be unchanged at 3.6%. Average hourly earnings is expected to stay strong at 0.4% mom.

The figures on wages growth would be the most important ones to watch. Fed Chairman Jerome Powell talked down the prospect of a 75bps rate hike earlier this week. But the markets seemed not buying into this rhetoric after second thoughts. 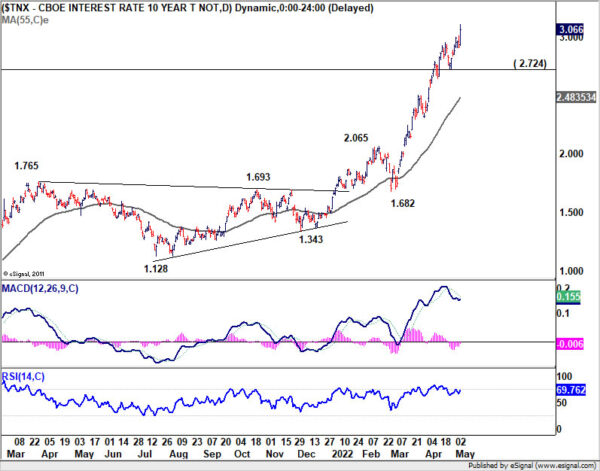 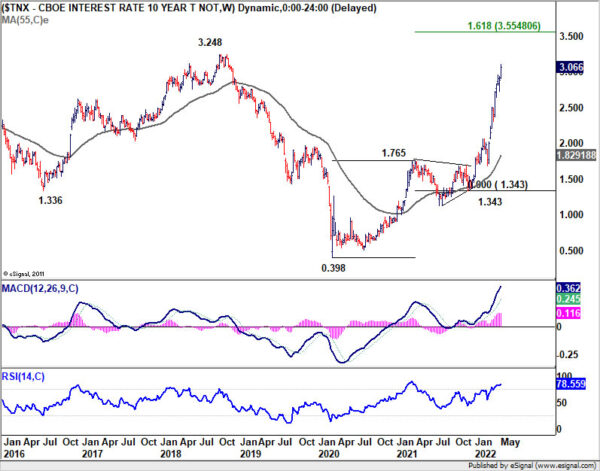 Later in the day, in addition to US NFP, Canada will also release employment and Ivey PMI. 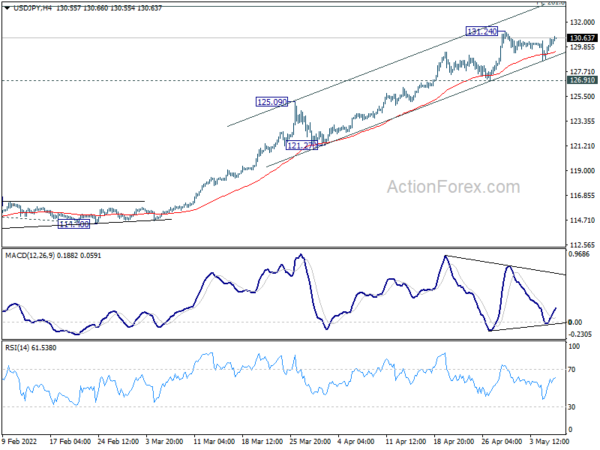 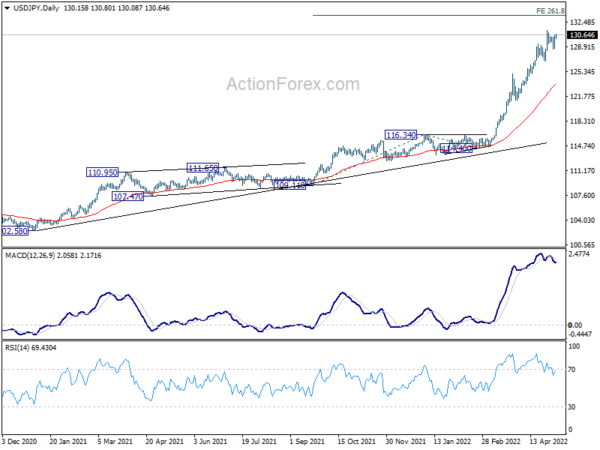