While RBA, Fed and BoE announced rate hikes last week, the impacts and reactions were rather delivered. RBA’s larger than expected hike was well received and helped Aussie secured the first place, even though it pared back much gains on risk-aversion. On the other hand, BoE’s announcement was considered dovish, with warning of recession, and hammered the Pound broadly lower as the worst performer. .

Reaction to Fed was mixed and volatile. But in the end, markets seemed to be still buying in the prospect of a 75bps hike next, as seen in the late selloff in stocks. Dollar followed sterling as the second strongest. But it’s strength against Euro was capped by hawkish ECB comments. The greenback’s rally against Yen was also capped by risk-off sentiment.

Markets still pricing in 82.9% chance of a 75bps hike at June FOMC meeting

Fed delivered the 50bps hikes as widely expected and raised federal funds rate target to 0.75-1.00%. Chair Jerome Powell shocked the markets by saying that “a 75 basis point increase is not something that the committee is actively considering,” in the post meeting press conference. Such comments triggered quick adjustment in market expectations and pushed stocks higher.

Yet, investors were quick in readjusting their expectations and markets pricings which sent stocks and bonds lower again. At the end of the week, fed fund futures are still pricing in 82.9% chance of a 75bps hike in at the June 15 FOMC meeting, to 1.50-75%. Traders will continue to tune their bets based on upcoming data like this week’s CPI, and comments from other Fed officials. 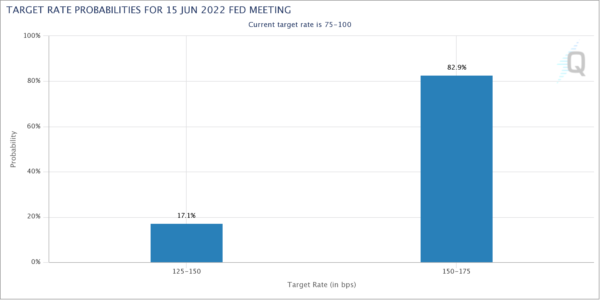 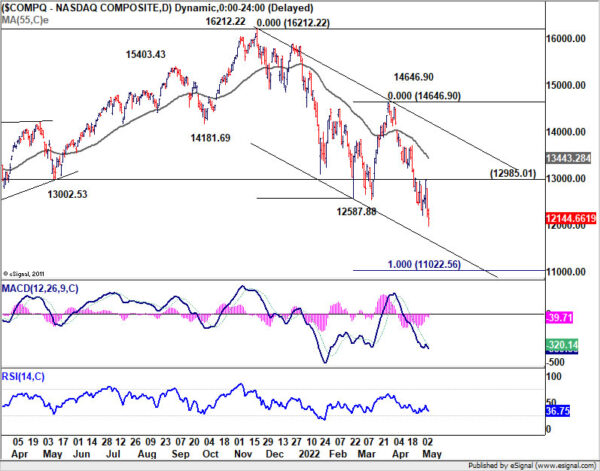 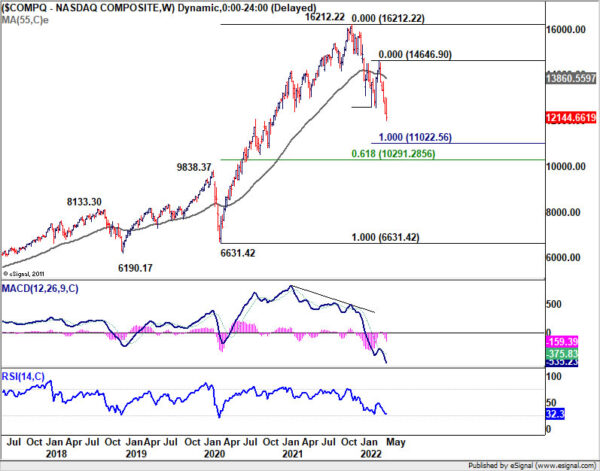 It should be emphasized again that sustained break of 3.248 will finally break the lower-high-lower-low pattern that started back in 1981. If could confirm the start of an era of higher yields in the long term. 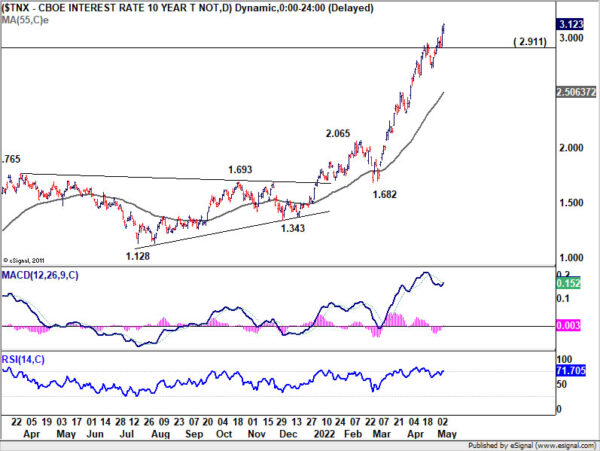 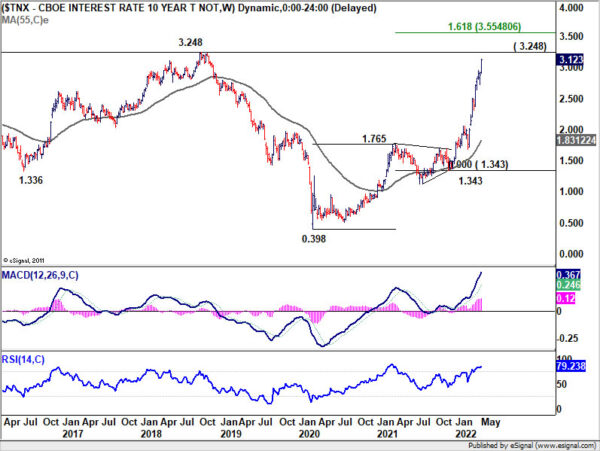 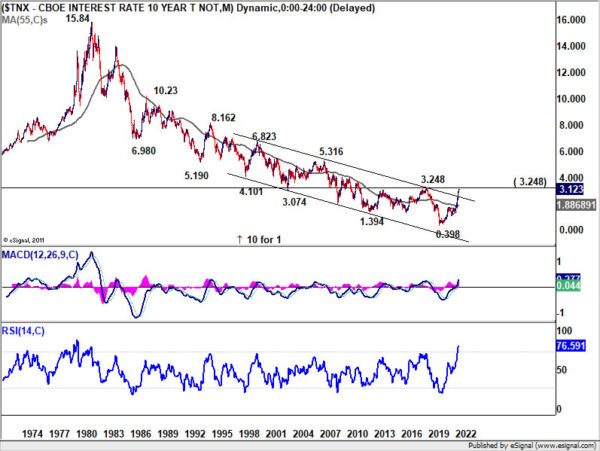 Dollar index also breached a key resistance at 103.82 (2017 high), but struggled to extend gains above there. That was a result of both resilience in Euro and Yen. Euro was firstly talked up by comments from ECB hawks. Secondly, it’s lifted by buying against the weak Sterling. Thirdly, German 10-year bund yield also closed above 1% handle for the first time since 2015, closing at 1.135. On the other hand, risk aversion is providing some support to Yen. 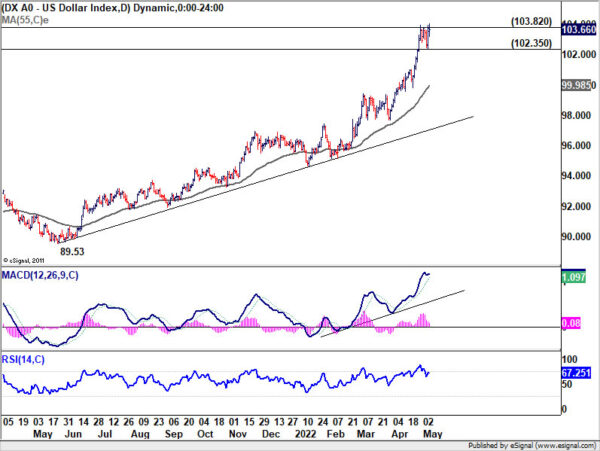 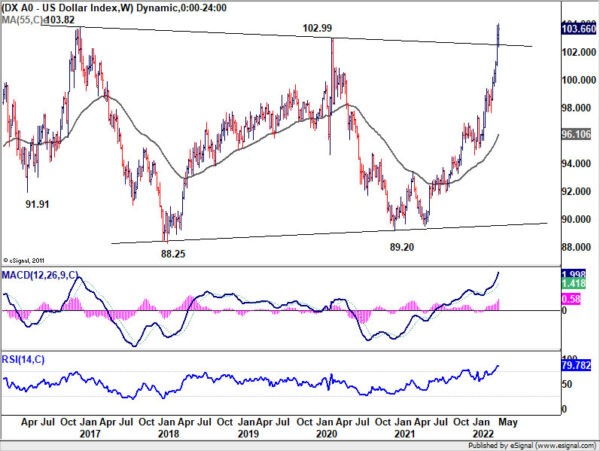 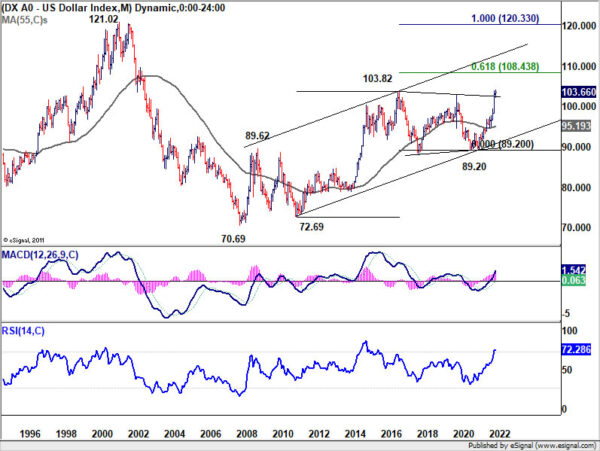 Sterling ended as the worst performing one even though BoE delivered the fourth 25bps rate hike as expected. The surprise was found in BoE’s warning of a very “sharp slowdown” in growth ahead, even with risks of recession. On the other hand, Aussie ended as the stronger, after RBA delivered a larger than expected hike of 25bps to 0.35%. That set the stage of a possible 40bps hike to 0.75% in June. 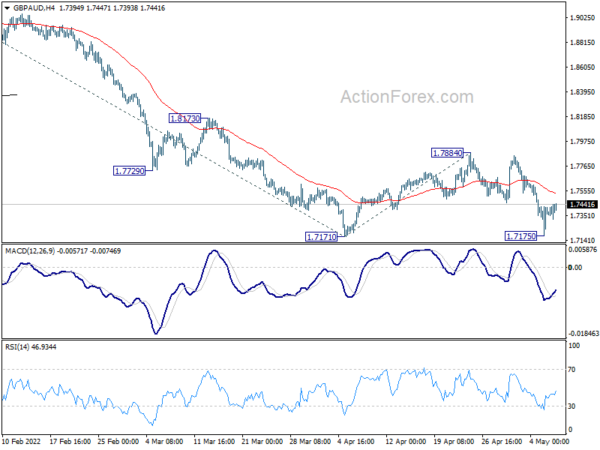 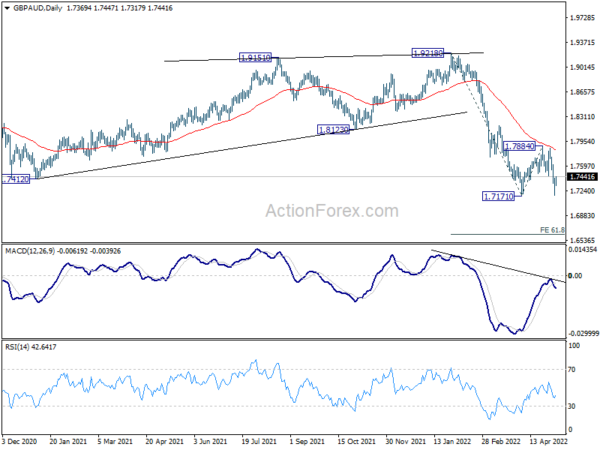 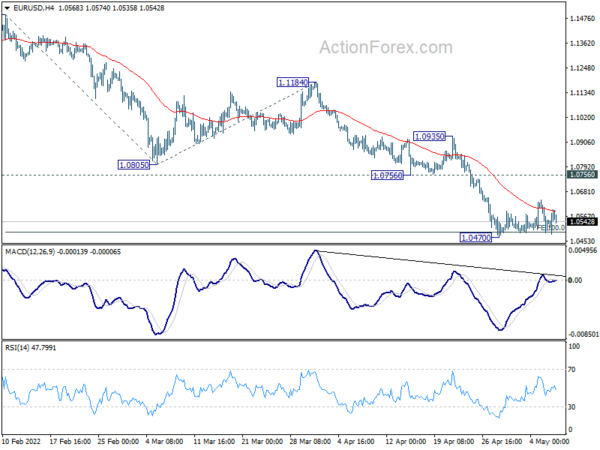 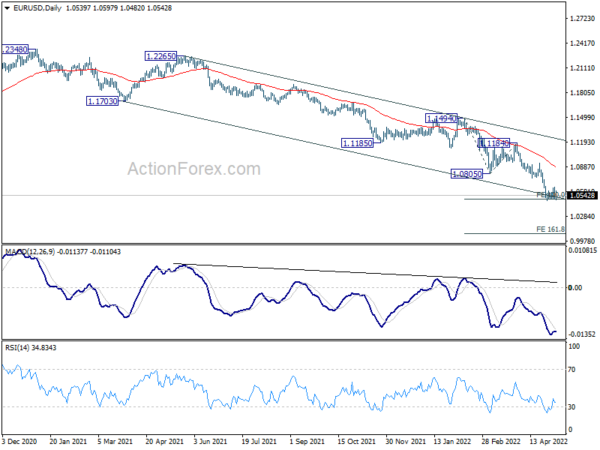 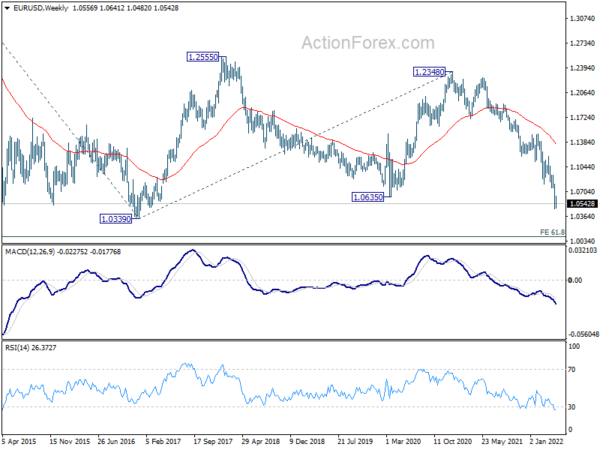 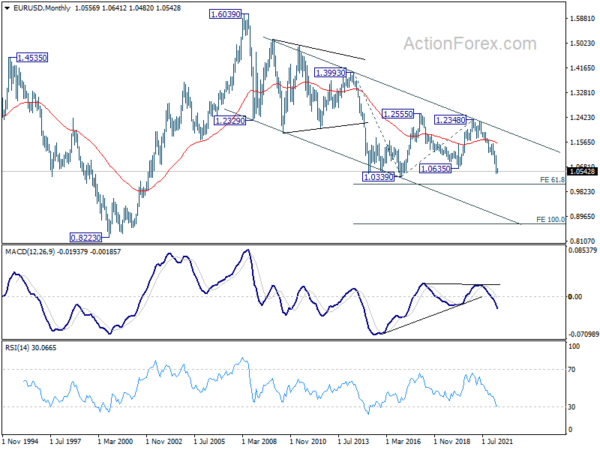