Extreme volatility was seen in the markets last week, in particular in the across the broad rout in cryptocurrencies. Stocks the tumbled sharp but stage a late come back. Gold and silver resumed recent decline. Yen ended as the best performer, helped by both risk aversion and pull back in benchmark treasury yields. However, overall sentiments seemed to have stabilized with help from Fed’s clear communications. Yen could turn into range trading, experiencing counter forces of stabilizing risk sentiment and pull back in yields.

Also in the currency markets, Canadian and Dollar were the next strongest. Australian Dollar was the worst performing followed by Kiwi, and then Swiss and Euro. As risk sentiment stabilizes, the decline in Aussie and Kiwi could at least slow, with prospect of stronger recovery. Euro on the other hand, is starting to look increasingly vulnerable. It looks inevitable that Euro will break through 2017 low against Dollar soon. Also the path, there are downside risks in the common currencies in crosses too.

Extreme volatility was seen in most markets last week, from stocks to cryptocurrencies, and to a lesser extent bonds and gold. But overall development towards the end provided hope of some stabilization, at least for the near term. Most importantly, after a chorus of Fedspeaks, the markets are now clear that Fed’s plan is to raise interest rate by 50bps in the upcoming meetings, until the outlook changes. Fed funds futures are pricing in 92.5% chance of a 50bps hike in June to 1.25-1.50%, and 86.7% chance of another 50bps hike to 1.75-2.00%. 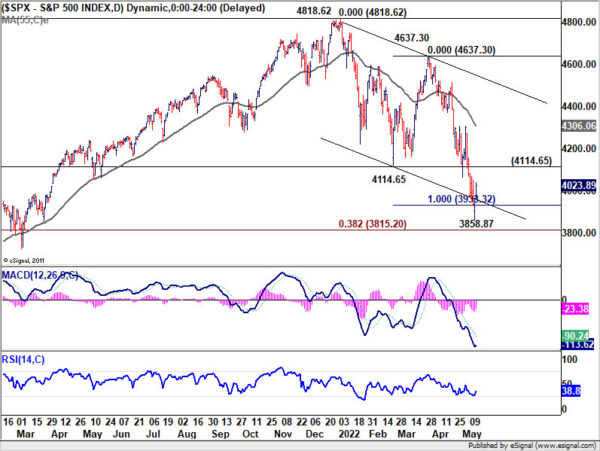 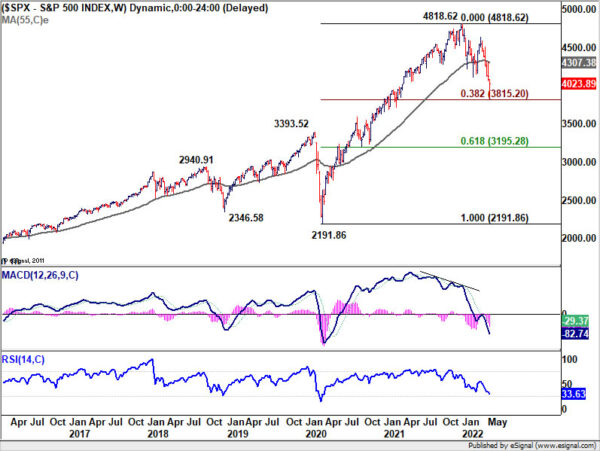 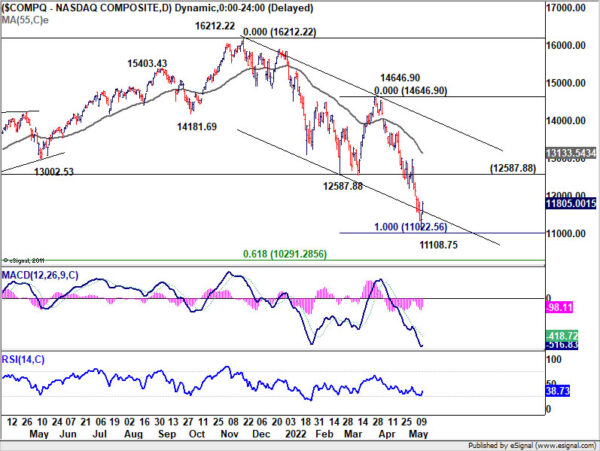 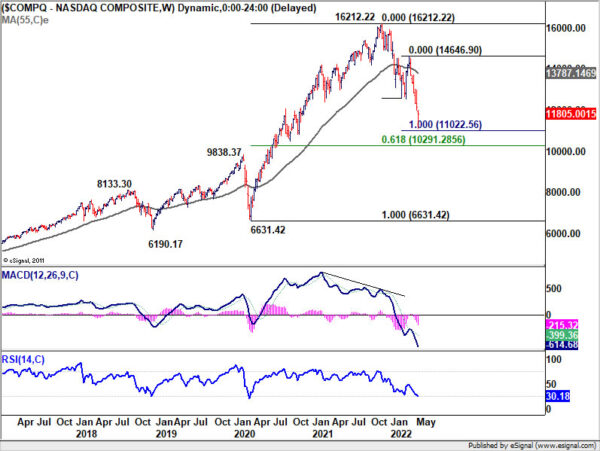 Meanwhile, 10-year yield should have topped for the near term at 3.167, with breach of 2.911 support, on bearish divergence condition in daily MACD. Resistance at 3.248 (2018 high) should prove to be too much for TNX, based on current situations. TNX would probably gyrate lower to 38.2% retracement of 1.682 to 3.167 at 2.599, which is close to 55 day EMA (now at 2.579). Downside should be contained there to set the range, as the corrective pattern unfolds. There is still prospect of break through 3.248, but only at the next stage of developments. 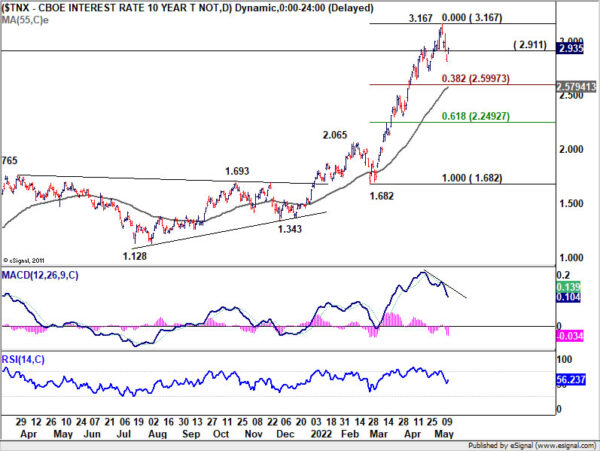 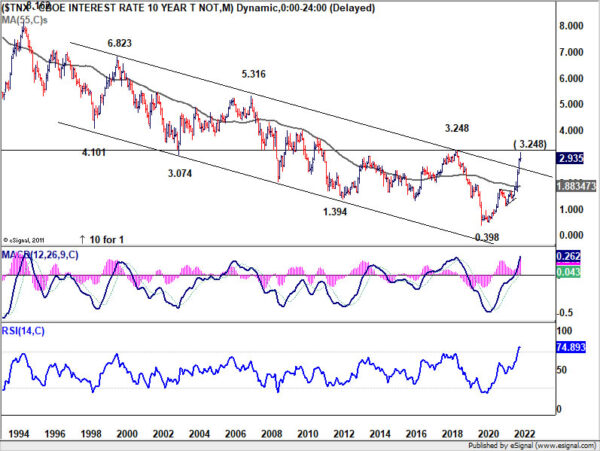 Dollar index ready to extend long term up trend to 108.43 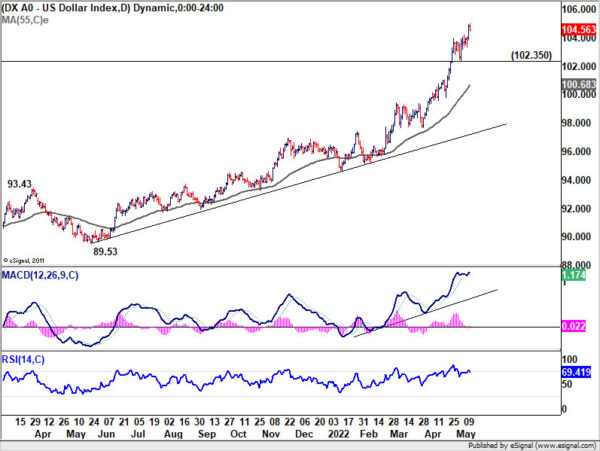 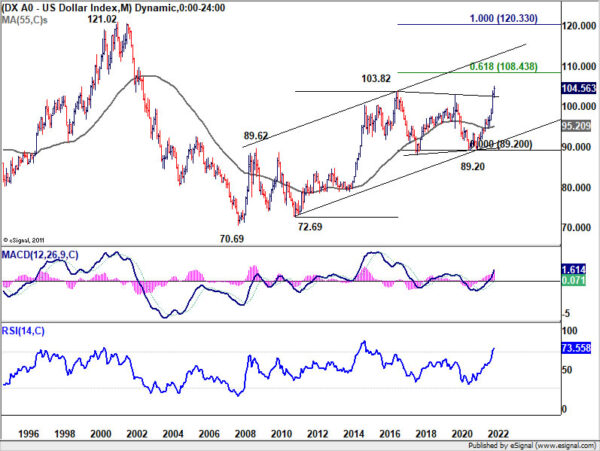 Euro looking vulnerable in some crosses

Euro is an immediate focus for the week as selloff could quickly accelerate. Firstly, EUR/USD is in proximity to 2017 low at 1.0339. Decisive break there will resume the down trend from 2008 high at 1.6039, which started more than a decade ago. Secondly, Euro is also looking vulnerable in some crosses. 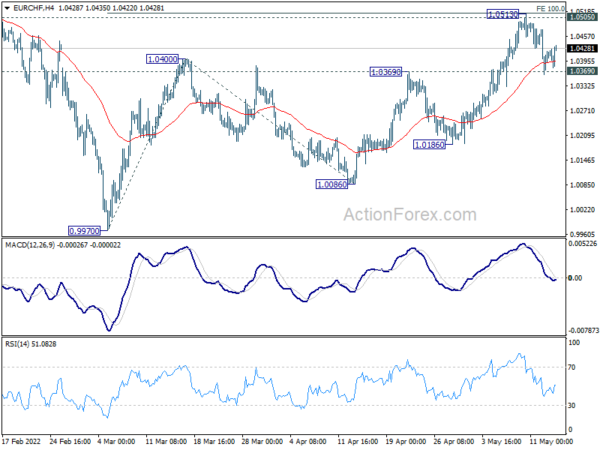 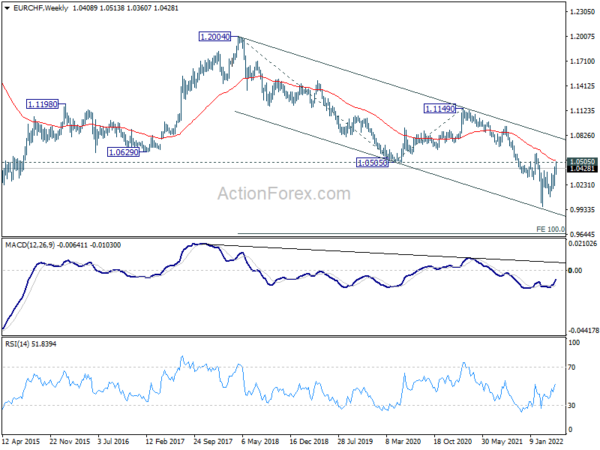 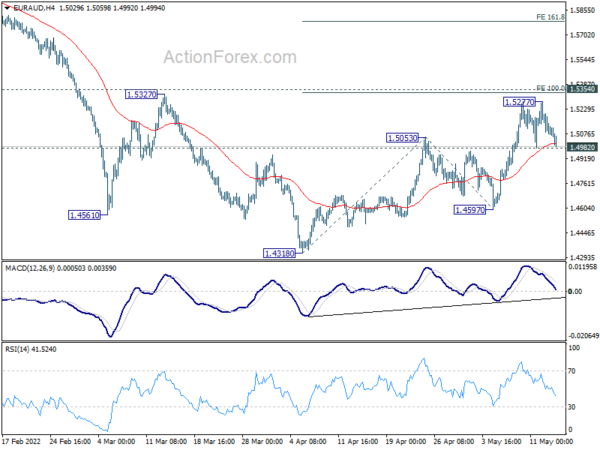 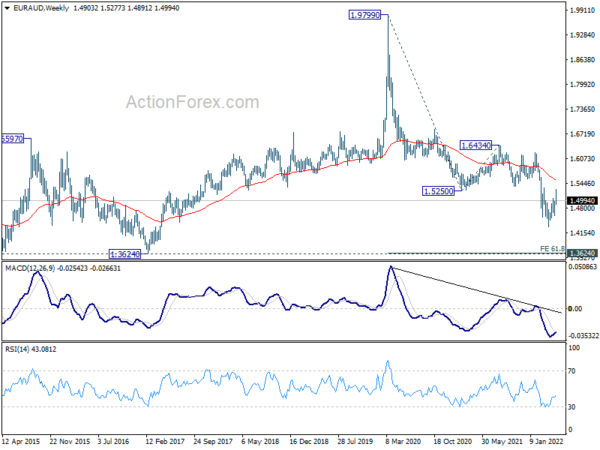 EUR/USD’s down trend resumed last week and hit as low as 1.0348. A temporary low is probably formed, just ahead of 1.0399 key support. Initial bias is turned neutral this week for some consolidations. But outlook will stay bearish as long as 1.0641 resistance holds. Decisive break of 1.0339 will carry larger bearish implication and target 161.8% projection of 1.1494 to 1.0805 from 1.1184 at 1.0069. Nevertheless, break of 1.0641 will indicate short term bottoming and turn bias back to the upside for rebound. 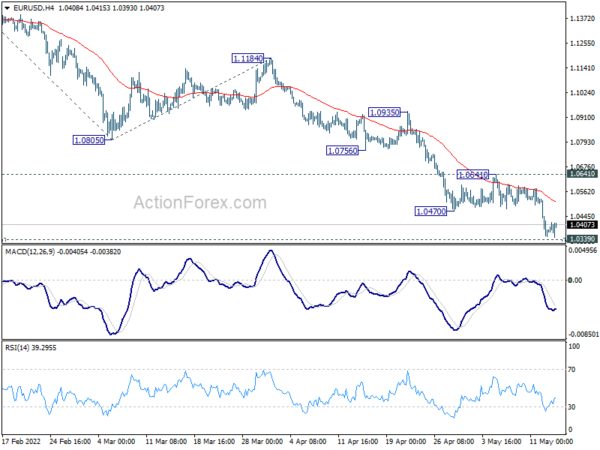 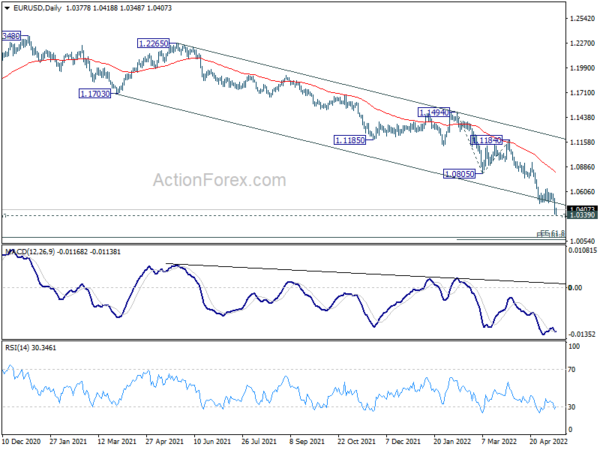 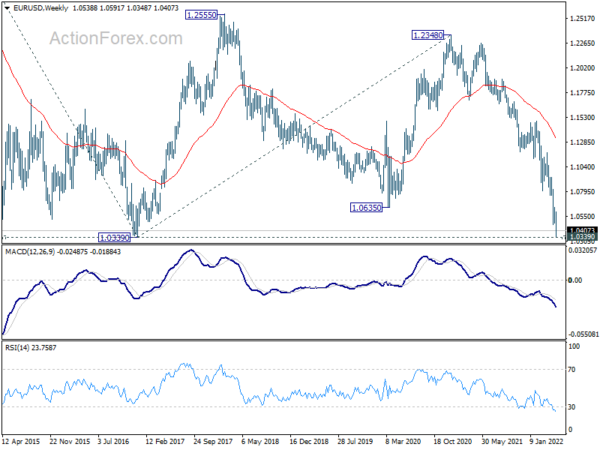 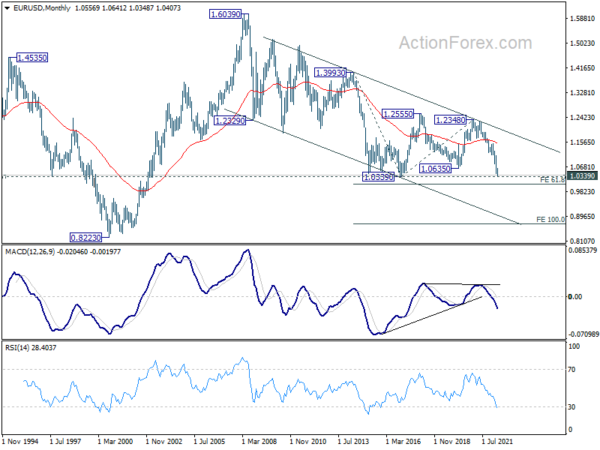