Markets Tread Water With US on Holiday, Dollar and Yen Soft

Markets are generally quiet today, with a near empty European calendar and US holiday. Major European indexes are recovering slightly but lack follow through buying. Gold and oil are staying in tight range. In the currency markets, Aussie and Kiwi recover mildly while Dollar, Yen and Euro are the softer ones. But with the exception of some Kiwi pairs, most major pairs and crosses are stuck inside Friday’s range. 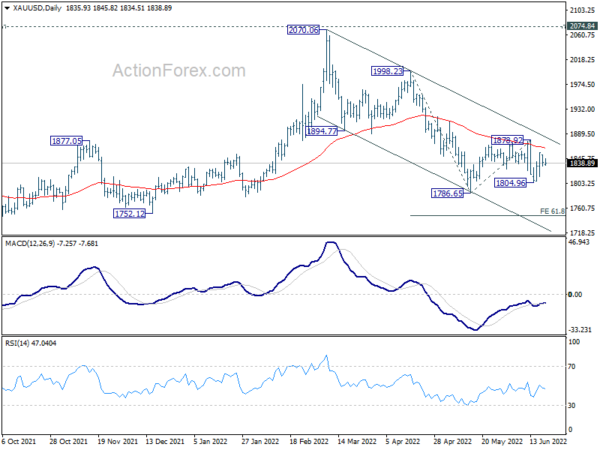 But he emphasized that investors should not think that 50 bps rate hikes are “the new default.”

Japan: Industrial production appears to be pausing for picking up

It reiterated that “full attention should be given to the downside risks due to rising raw material prices, supply-side constraints and fluctuations in the financial and capital markets while there are concerns regarding the effects of lengthening the state of affairs of Ukraine and suppression of economic activities in China.”

Nevertheless, for the short-term, the economy is “expected to show movements of picking up, supported by the effects of the policies while all possible measures are being taken against infectious diseases, and economic and social activities proceed to normalization”.

“(Kishida) did not say anything special but I told him that it was important for currencies to move stably reflecting economic fundamentals,” he added. “I’ll fully watch currency movements carefully from now on as well and will appropriately respond to them while liaising with the government.”

New Zealand BusinessNZ services rose to 55.2, back above average

BNZ Senior Economist Doug Steel said that “while the improvement was far from universal across components, reflecting many ongoing challenges across segments of the service sector, the overall outcome was the first above average result since the outbreak of Delta in August last year.”

Range trading continues in EUR/USD and intraday bias remains neutral at this point. Further fall is in favor with 1.0786 resistance intact. On the downside, sustained break of 1.0339/48 will resume larger down trend. Next target is long term projection level at 1.0090. 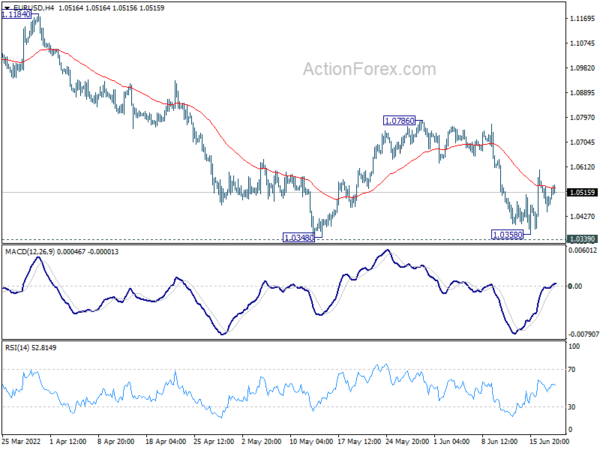 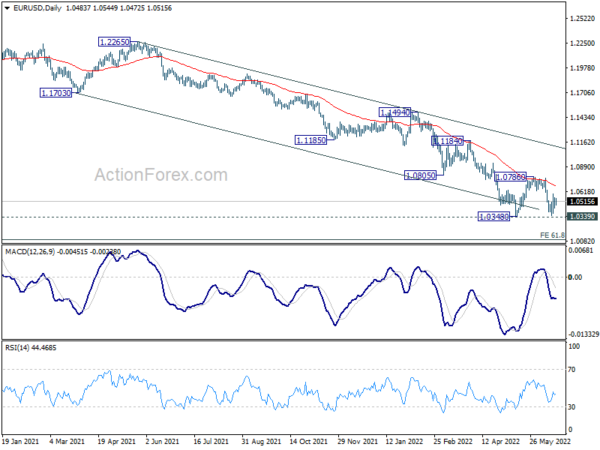