Yen Selloff Resumes, RBNZ and BoC to Hike This Week

Yen’s selloff resumes in Asian session with USD/JPY making new recent high. The ruling coalition of Liberal Democratic Party and its junior partner Komeito scored a strong victory in Japan’s upper house elections. There might be sympathetic votes for the tragic death of former Prime Minister Shinzo Abe. But it’s also seen as a nod to Abe’s legacy on bringing Japan back as a “normal” country with stronger military and alliance with the US. Dollar is currently the stronger one, followed by Swiss Franc and then Kiwi. On the other hand, Aussie is the second weakest following Yen, followed by Sterling.

Technical, a major focus for the week is on whether EUR/USD’s down trend would pick up more momentum from the current level. The key level to watch is parity. Break of 1.0348 support turned resistance will be the first sign of stabilization, and bring consolidations. But sustained break of parity could prompt even deeper selloff, risking more downside acceleration. 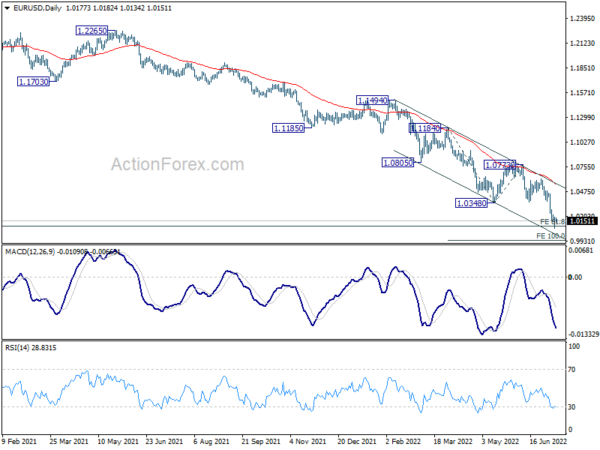 BoJ Governor Haruhiko Kuroda warned of the “very high uncertainty” on economic outlook due to surging commodity prices. While the economy is showing some signs of weakness, overall it’s still picking up as a trend.

“We won’t hesitate to take additional monetary easing steps as necessary,” he added, repeating that short- and long-term interest rate targets to “move at current or lower levels.” 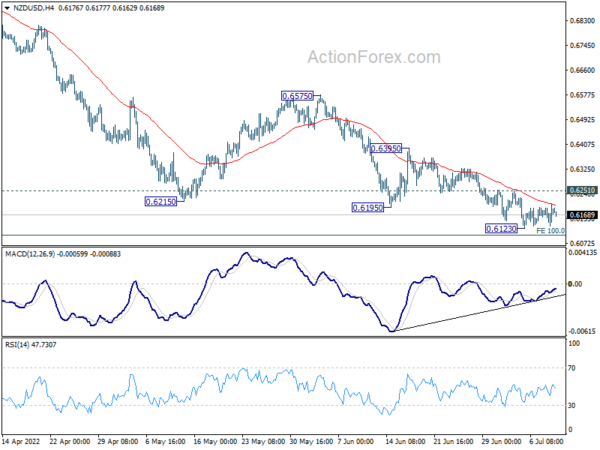 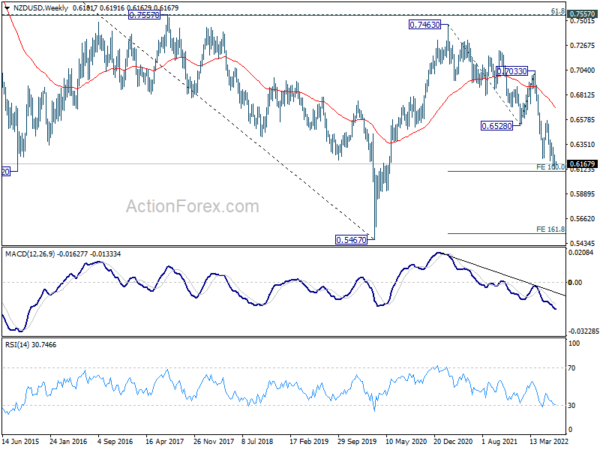 Canadian Dollar has been outperforming other commodity currencies recently and stays generally firm. There is prospect of further rally in the Loonie if BoC opts for a 75bps rate hike this week, instead of 50bps. 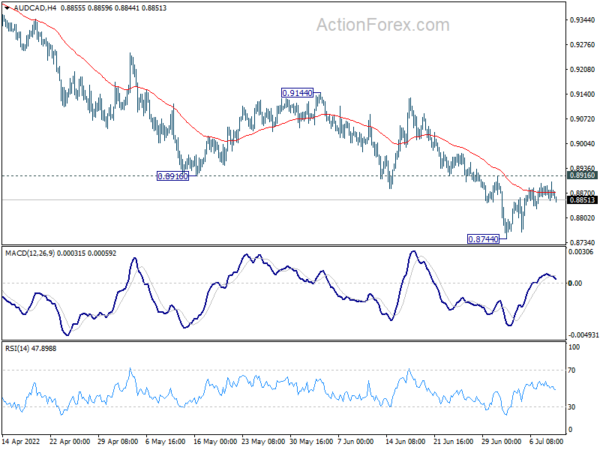 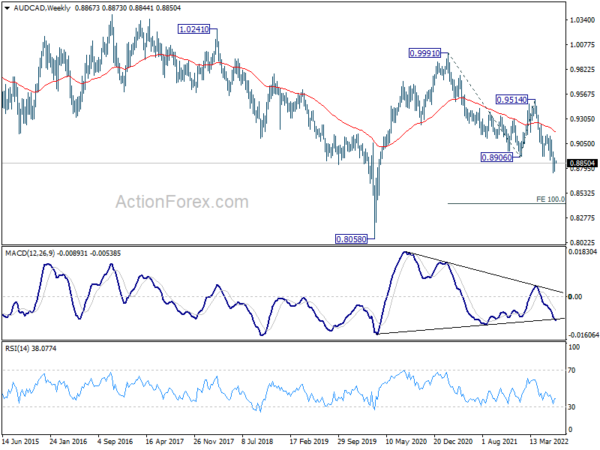 RBNZ and BoC rate hike, US CPI and retail sales

Two central banks are expected to deliver rate hikes this week. RBNZ should raise the official cash rate by another 50bps to 2.50%. According to RBNZ’s own forecast variables in May, OCR could reach as high as 3.9% in Q2 2023, before gradually falling back in the second half of 2024. There is little that suggests RBNZ would deviate from is. So, a hawkish stance should be maintained.

Opinions on whether BoC would hike by 50bps or 75bps this week is divided. Governor Tiff Macklem noted back in June 9, “we may need to take more interest rate steps to get inflation back to target. Or we may need to move more quickly, we may need to take a larger step.” But ti’s unsure whether that would really translate into a larger hike this time. BoC will also publish new monetary policy report with economic projections.

On the data front, US CPI and retail sales will probably catch most attention. But attention will also be on Germany ZEW, UK GDP, and a batch of data from China, including trade balance, GDP, retail sales and industrial production. Here are some highlights for the week: 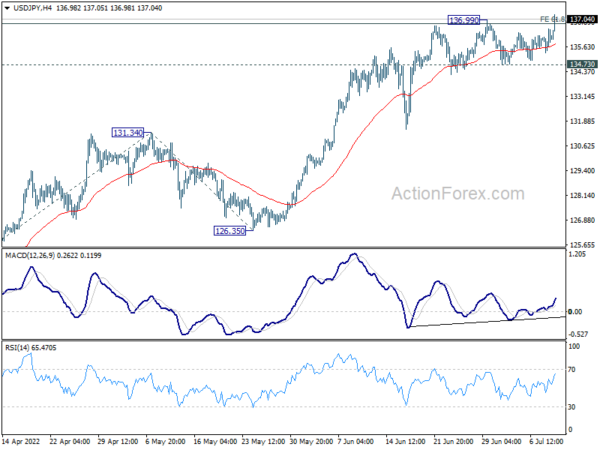 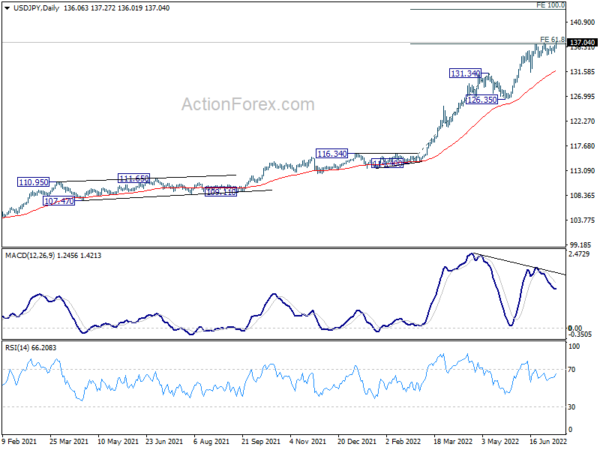