Euro is under heavy selling pressure today on renewed worries over cut off of Russia gas supply. It’s additionally pressured and Germany 10-year yield breaks below 1% handle again. For now, Sterling appears to be a distant second. On the other hand, Dollar and Yen are gaining most, followed by Swiss Franc. Commodity currencies are now taking a back seat, with Aussie, Kiwi and Loonie trading mixed.

Technically, EUR/GBP’s break of 0.8456 minor support now suggests that rebound form 0.8401 is finished, and fall from 0.8720 is resume to resume. A major focus in on whether EUR/USD will also break through 1.0118 minor support, and reach larger down trend through 0.9951 low. This time, if it happens, it might take a relatively much longer term for EUR/USD to regain parity. 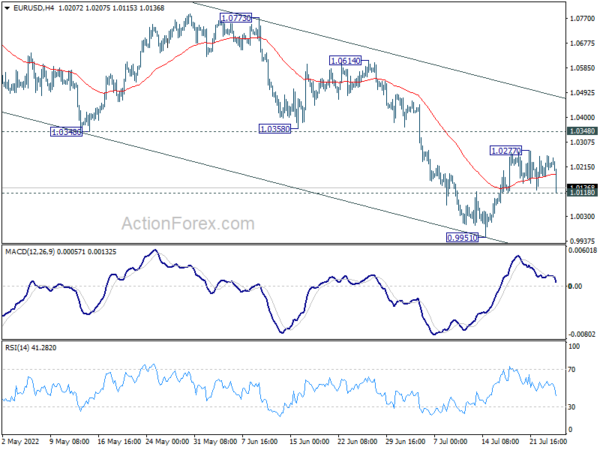 Euro is knocked down by renewed concerns over Russia gas supply cut to EU countries. That came after Russia said yesterday that it would cut gas flows through the Nord Stream 1 to Germany, to just 20% of normal capacity, down from current 40%. 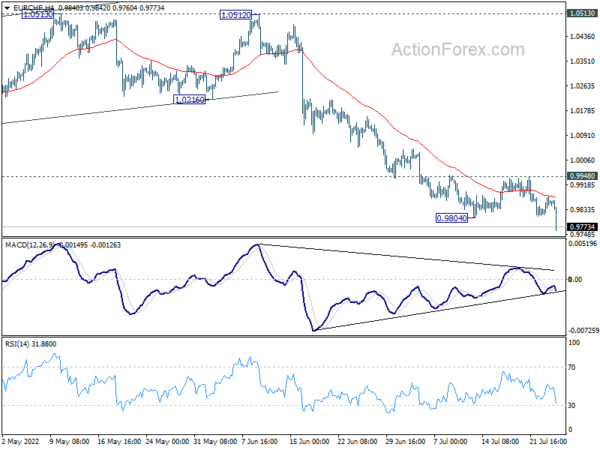 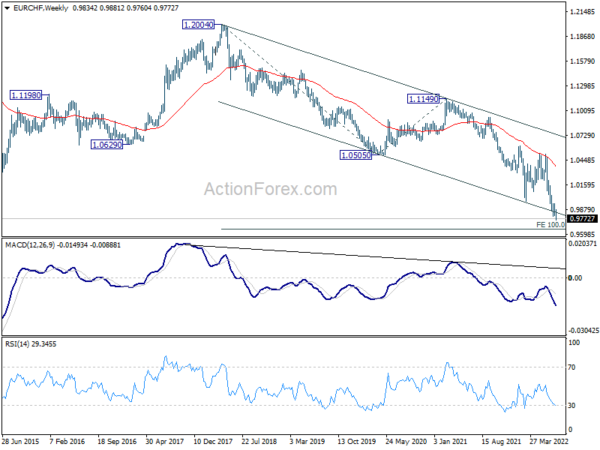 In the latest monthly report, Japan’s Cabinet office upgraded its assessment slightly, and noted that “the Japanese economy is picking up moderately.” That compared to showing signs of picking up in previous report.

But the report also warned of the downside risks from “fluctuations in the financial and capital markets amid global monetary tightening.”

BoJ minutes: Board members spoke of importance of wage increases

In the minutes of June meeting, BoJ board said price rises have been broadening. But massive support is still needed for the economy while uncertainty surrounding the outlook was “extremely high”.

“Many members spoke about the importance of wage increases from the perspective of achieving the BoJ’s price target in a sustained and stable fashion.”

“Japan must create a resilient economy at which consumption continues to rise even when companies raise prices,” one board member said.

“The BOJ must maintain monetary easing until wage hikes become a trend, and help Japan achieve the bank’s price target sustainably and stably,” another member said.

EUR/JPY’s fall resumes after brief recovery and intraday bias stays on the downside. Fall from 142.31 is seen as a falling leg inside the corrective pattern from 144.23. Deeper decline would be seen to 136.85 support. On the upside, above 140.06 minor resistance will turn bias back to the upside for 142.31 resistance instead. 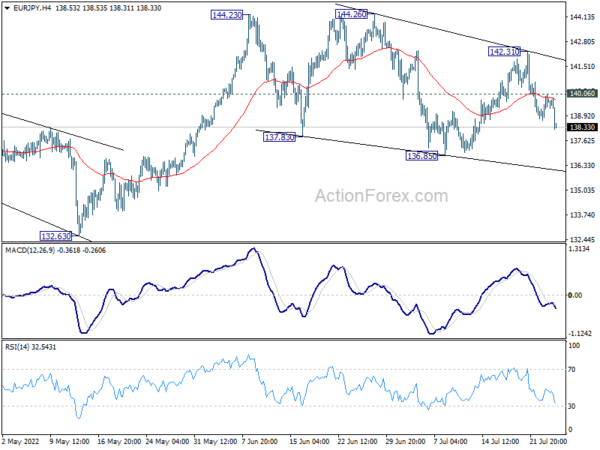 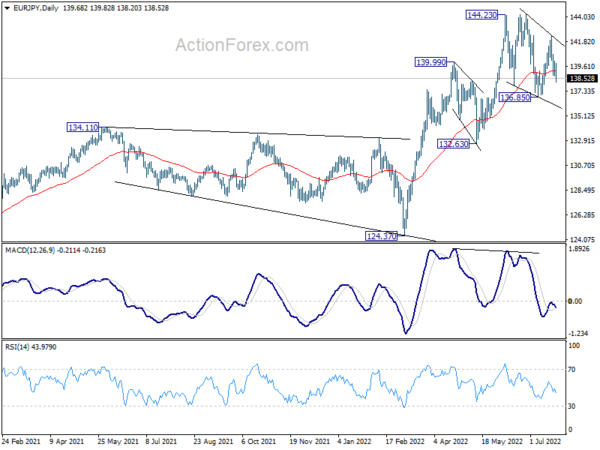