Amazon-coin? Most customers would use a cryptocurrency if online retailer creates one: Survey 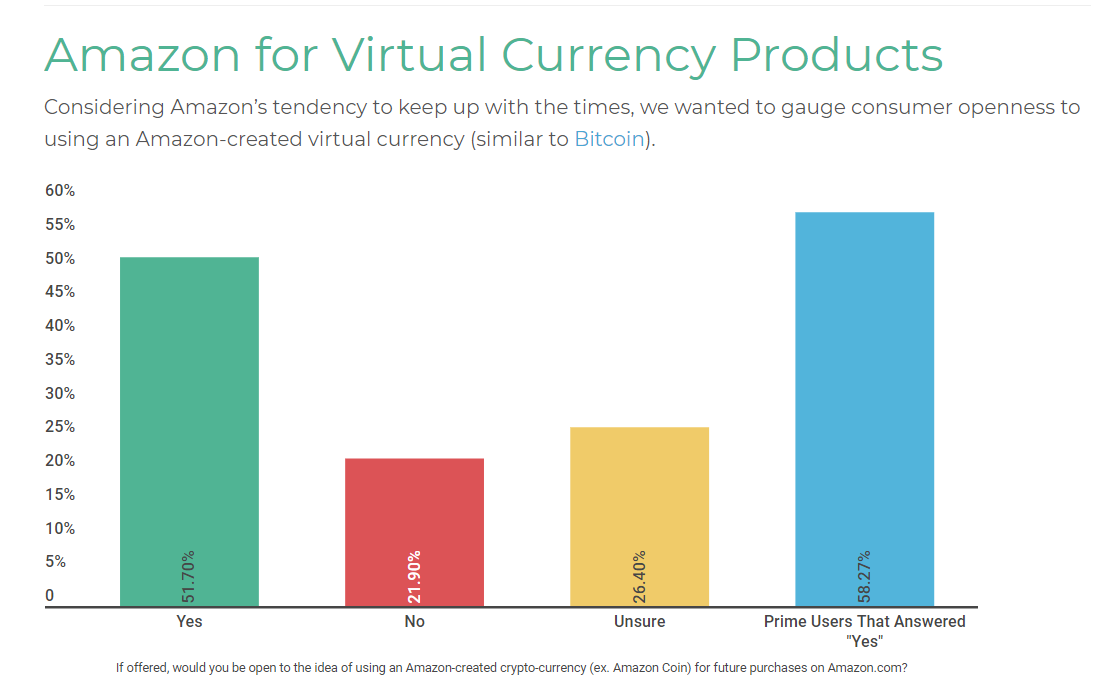 As Amazon continues its rapid expansion into groceries, health care and more, it may next want to disrupt the banking system, new research indicates.

More than half of Amazon shoppers would embrace using an Amazon-created cryptocurrency on the site, according to a LendEDU survey released Wednesday.

Of the 1,000 shoppers polled by LendEDU, 51.7 percent, said yes to the idea of an Amazon-created cryptocurrency for upcoming purchases on Amazon.com. Amazon Prime users were even more open to a bitcoin-type currency, which the questionnaire described as “Amazon Coins.” The survey showed 58.27 percent of Prime users were open to a company-created coin.

The survey also explored shopper’s openness to Amazon disrupting the banking world. About forty five percent were amenable to using Amazon their primary bank account, while 49.6 percent would use a savings account created by Amazon.

Shoppers are also open to using Amazon for loans.

A majority of respondents, 50.3 percent, said they were open to using the company for a personal loan, which might include debt consolidation or a big purchase.

They were less willing to use the e-commerce giant for a mortgage. About 30 percent said they would sign on for an Amazon mortgage, 31.6 percent “would not even try”, and 38.2 percent of respondents were “undecided”.