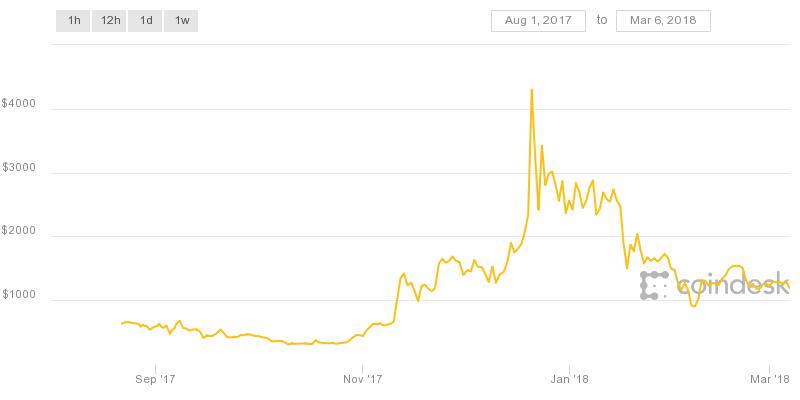 Coinbase is the leading U.S. marketplace for buying major cryptocurrencies such as bitcoin. After the cryptocurrency split into bitcoin and bitcoin cash last summer, Coinbase said it would make the offshoot coin available on its site by Jan. 1.

Then the company surprised everyone by trying unsuccessfully to launch bitcoin cash trading earlier, on Dec. 19. As bitcoin cash prices soared that day, many outside investors speculated that Coinbase employees had been tipped off to the early start of trading.

On Thursday, lawyers filed a lawsuit seeking class action status in the Northern District of California on behalf of customers who say they were damaged by “negligence in the handling of the launch.”

The San Francisco-based company said it would not comment on the case.

“Our priority has always been, and remains, maintaining our customers’ trust,” Coinbase said in a statement. “We go to great lengths to provide comprehensive information needed to make investment decisions and to safeguard the integrity of our platform, and we hold ourselves to the highest standards of conduct.”

Coinbase began its own internal investigation of insider trading around the December bitcoin cash trading launch and tweeted at the time that its employees had been “prohibited from trading in bitcoin cash for several weeks.” Neither CEO Brian Armstrong or the company have disclosed any results of that investigation.

Following a prolonged controversy, a minority of bitcoin developers in August created a split-off cryptocurrency called bitcoin cash. Similar to a stock split, bitcoin investors at the time of the split should have received an equivalent amount of bitcoin cash.

However, Coinbase did not immediately allow trading in bitcoin cash. When the company did its surprise December trading rollout, bitcoin cash soared well above $3,000. The short notice didn’t allow enough interest from buyers and sellers to build before trading launched. Four minutes later, trading was suspended as a lack of sellers caused high volatility, according to a company representative.

Coinbase eventually rolled out bitcoin cash trading the following day. The bitcoin offshoot was trading near $1,182 Tuesday, while bitcoin was around $10,634, according to data from CoinDesk.

In a separate case filed filed last week against Coinbase, a California and a Michigan resident claimed the crypto company emailed them fractions of a bitcoin in 2013 when it was trading below $200, according to CoinDesk.

Many of these emails were disregarded, and the bitcoin went unclaimed. Instead of notifying the plaintiffs, or turning those digital currency over to the State of California, Coinbase kept them, according to court documents.

There were two plaintiffs in the lawsuit filed Thursday, but the class could eventually include thousands of members, the court documents said.

This is the latest headache for Coinbase. In February, some customers were overcharged after what the company said was system glitch from changes in the way credit-card payments were issued. Visa later said Coinbase was not at fault. Later in February, a federal court judge ordered Coinbase to identify more than 14,000 accounts to the IRS, which is looking to see if users were evading taxes.