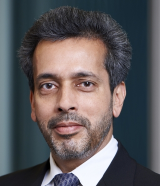 Three months on from the implementation of the recast Markets in Financial Instruments Directive (Mifid II), the new trading and reporting rules have had little positive impact on market transparency, but have not adversely affected liquidity, according to senior fixed income and FX traders.

Speaking at the AFME European Trading & Market Liquidity conference in London in March, head traders from the buy and sell side concurred that in spite of the comprehensive requirements for pre- and post-trade reporting under Mifid II, transparency is not materially better or worse than it was before the European rules came into force on January 3.

“It is early days but the landscape is very fragmented in terms of reporting and post-trade transparency, and I don’t think there is any more transparency in the market today than there was in November last year,” says Juan Landazabal, global head of fixed income and foreign exchange trading at Deutsche Asset Management.

“So from that perspective, I think the objective has failed.”

While the original Mifid rules, implemented in 2007, focused on the cash equity market, the review expanded its reach into other asset classes, including FX.

Given the complexity of the rules and the substantial resources that have been invested in compliance in recent years, news that transparency is no better than it was before the rules came into force does not indicate a successful start to the regime.

“From a dealer’s perspective, it doesn’t look like there has been any visible increase in transparency,” says Zoeb Sachee, head of euro government and SSA trading at Citi.

“It doesn’t appear that the quality of the data that is submitted is of much use to anybody, and therefore we don’t see a lot of that data actually being used for analysis.”

He adds: “Clients tell us that they find asking dealers on a request-for-quote basis gives them more transparency in terms of price discovery than the new reporting obligations under Mifid II.”

However, while traders might be ambivalent about the impact of Mifid II so far, they also acknowledged that the rules have had less negative effects than anticipated.

There had been widespread concern in recent months that market liquidity could be adversely impacted by the transparency requirements as participants would effectively be showing their hand when transacting large orders, but liquidity has so far remained relatively robust.

“One of the biggest fears was that liquidity would be impacted because the pre- and post-trade transparency regime would impact dealers’ ability to warehouse risk in the way they traditionally have, or the extra reporting obligations would halt turnover and impact liquidity,” says Sachee.

“It’s only three months in, but there really seems to be almost no impact from a liquidity and market functioning perspective.”

Another key component of Mifid II is the requirement to unbundle payments for research and execution, so that brokers can no longer give away free research as an inducement to trade with them.

However, buy-side firms say explicit charging for research is not as big a departure as it might appear.

Christoph Hock, head of multi-asset trading at Union Investments, says: “In the context of best execution, it was already key for us in the past that we have a separation – that we don’t go to broker firms for trading purposes just for the sake of having received research from them.

“We implemented this years ago across all asset classes.”