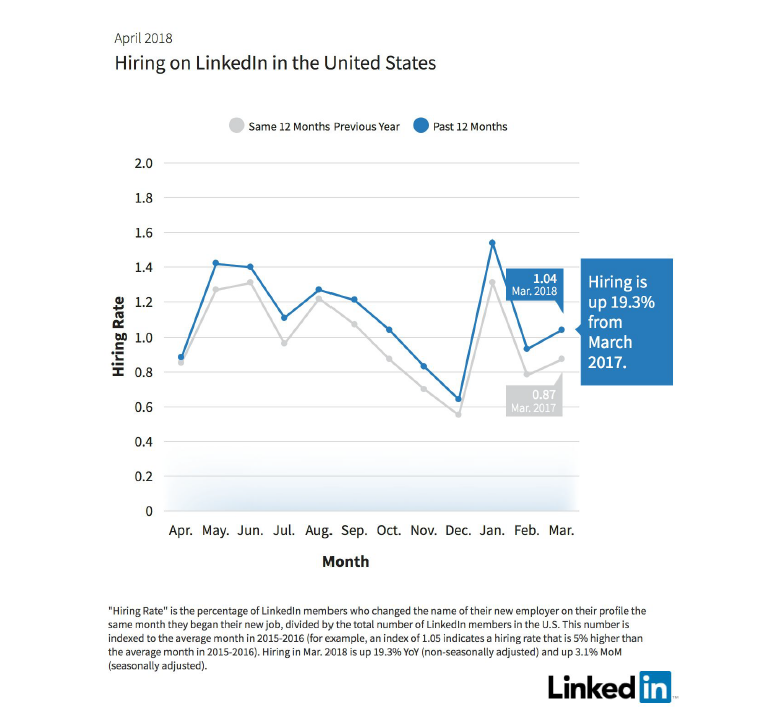 U.S. employers hired significantly more people in March than last year, according to the LinkedIn Workforce Report, a monthly analysis of employment trends.

Hiring across the U.S. was 19.3 percent higher last month than a year earlier, the LinkedIn data showed. Compared with February, the seasonally adjusted hiring figure was 3.1 percent higher than.

“Hiring has been slightly better through the start of 2018 than it was in the second half of 2017, but year-over-year comparisons will become more challenging as we move into spring when hiring skyrocketed last year,” LinkedIn said.

The sectors with the biggest year-over-year increases were financial services and insurance, 20.9 percent higher, aerospace, automotive and transportation, up 19 percent, and manufacturing and industrial, 18.8 percent higher. LinkedIn noted that hiring appears to be slowing in the professional services, which was up 9.9 percent in March.