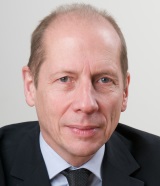 The use of out-of-date back-office software has been a problem for banks for some time, as aging systems have left them vulnerable to data breaches or system failures. But there is now an additional issue emerging as front-end technology risks demanding more of the back-office than it can deliver.

Jerry Norton, head of strategy at IT and business software outsourcing company CGI, says: “There’s a risk of it becoming a two-speed change, with front-office technology moving forward with services delivered by apps with 24-hour access, but with the back-office systems struggling to keep up, as new applications are added on top of legacy systems.”

Norton adds that the issue is threatening to hold back progress: “The banks can’t offer the full potential of what is actually possible through market and regulatory changes if their back-office is not up to it.”

For some, there has to be a specific need before change is made. Eugene Danilkis, CEO of software-as-a-service provider Mambu, says: “Banks are facing pain points from competitors, regulatory changes, customer expectation and dwindling profit margins to change.”

But this approach is creating the risk of having outdated systems which the next generation of bankers is not trained to use. With reference to the Citi’s Bank of the Future report, Danilkis says: Within the established banks around 40% in the US alone still operating on the COBOL systems and the people who operate them are getting older and closer to retirement. There is an acceptance they need to build new systems to replace the old, and there are varying strategies on how best to do this.”

The arrival of further regulations might be the push that is needed for a greater degree of change. Danilkis says: “The move towards open banking and the implementation of PDS2 in Europe is making banks think about changing their platforms to tap new technology that allows them to comply.”

This environment under PSD2 has already seen some movement towards the adoption of cloud services as third parties are required to have access to customer accounts. This, however, may only be a short-term solution.

Some banks are looking to completely replace their existing systems. Nordea has overhauled its back-office platforms as part of wider reforms to bring banks across the Nordics up to the same high standard. To do this, the bank reduced the number of platforms it was operating from four down to just one.

Norton says: “The steps taken by Nordea to overhaul its core banking platforms underpins its desire to become a digital bank. Not many have embarked on this kind of change yet due to the scale of change. To really overhaul the back-office it means addressing the corporate and the commercial arms of the bank too.”

In an overview presentation of the changes made, Nordea notes how it was aware of the changes in customer expectations: round-the-clock availability and instant responses. Customers also wanted integrated platforms and relevant products and services. The bank recognized the digital response need, with automated processes taking place along the full value chain.

While replacing the entire back-office worked for Nordea, Danilkis argues that it is a strategy that comes with significant risk. Instead, he believes making smaller, incremental changes is the strategic solution for large institutions: “Established players have been adding in technology layers and new platforms. They have to meet the different customer needs and expectations. They understand that changing small parts first will promote growth and allow flexibility for future changes. If they replace everything wholesale at one time it will be a multi-year process that risks being out of date by the time it is completed.”

Instead, he points to changes that have been made elsewhere: “ABN Amro launched New10, a fully digital lender aimed at SMEs in the Netherlands. Instead of rebuilding the bank’s platform to meet the needs of this specific service, they strategically decided to take a cloud native approach by building an independent business that went from concept to launch in just 10 months.”

This systems allows SMEs to apply online for a loan of up to €1 million, and receive a response in as little as 15 minutes if they are eligible. Upon launch last September, the bank noted that it was creating a tool in response to the customer expectation that everything will be online.

However, the need for banks to create all of the systems they use in-house is slowly changing, and could be a solution for those that are reluctant to make any significant back-office alterations.

The structure of how banks create and provide products and services may also have to be overhauled. Norton says: “The model of banking may well need to change to provide the best services. Today banks both manufacture and distribute services. It could be preferential for them to adapt to become a distribution channel, aggregating the best products that have been created elsewhere.”

Challenger banks have already been assessing the possibility of developing such platforms. Says Norton: “We have seen with new players like Starling Bank that they have found ways of bringing in external products. Their front-office has been developed to create the best possible customer journey.”

Starling Bank is licensed to offer current accounts, but through its marketplace gives access to a range of products from approved third-party providers. Fidor Bank operates in a similar way, offering a marketplace of lending and investment opportunities for customers. The services on offer are tailored to the specific customer needs.

These banks also have the advantage of having been created in response to this new environment. Danilkis says: “The emerging banks are cloud native and API driven. They are less focused on developing the technology and creating the products themselves and will look to find the best of breed they can adopt. And if they cannot find it, then they will look at building it.”

Norton says, however, that the incumbents have experience on their side. Reconsidering their position and advising their customers of quality services is a strong strategy in order to stay in step with the competition: “At the moment, there is a conundrum, the existing banks understand their customers in a way that the newcomers can’t. However, the newcomers have the ability to move quickly and respond to customer needs. They are positioning themselves in more of an advisory role, advising their customers on the best services for them, even if they are not created by the bank itself.”