Trump tweets again on Syria, saying attack could be ‘very soon or not so soon at all’ 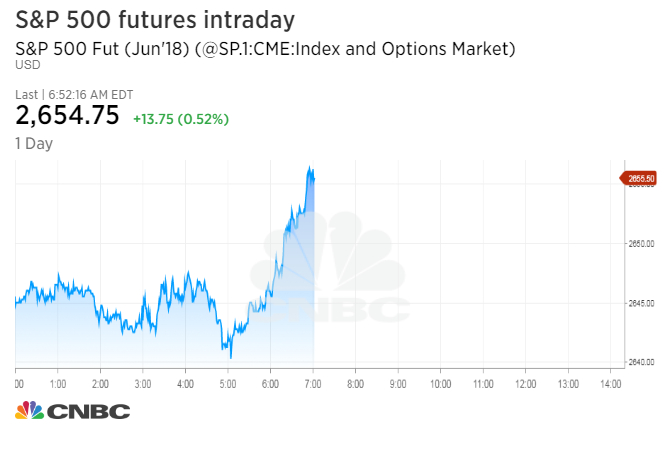 President Donald Trump said Thursday that a U.S. missile strike on Syria may not be imminent.

“Never said when an attack on Syria would take place. Could be very soon or not so soon at all! In any event, the United States, under my Administration, has done a great job of ridding the region of ISIS. Where is our ‘Thank you America?'” Trump said on Twitter.

On Wednesday, stocks fell and oil and gold jumped after Trump tweeted, “Russia vows to shoot down any and all missiles fired at Syria. Get ready Russia, because they will be coming, nice and new and ‘smart!'”

The president’s tweets came after Russia’s ambassador to Lebanon said Tuesday that Russia would shoot down American missiles headed Syria’s way. The exchanges followed an alleged chemical weapons attack by Russia-backed Syria on a rebel town that killed dozens dead over the weekend.