A former top Wall Street regulator turns to the blockchain 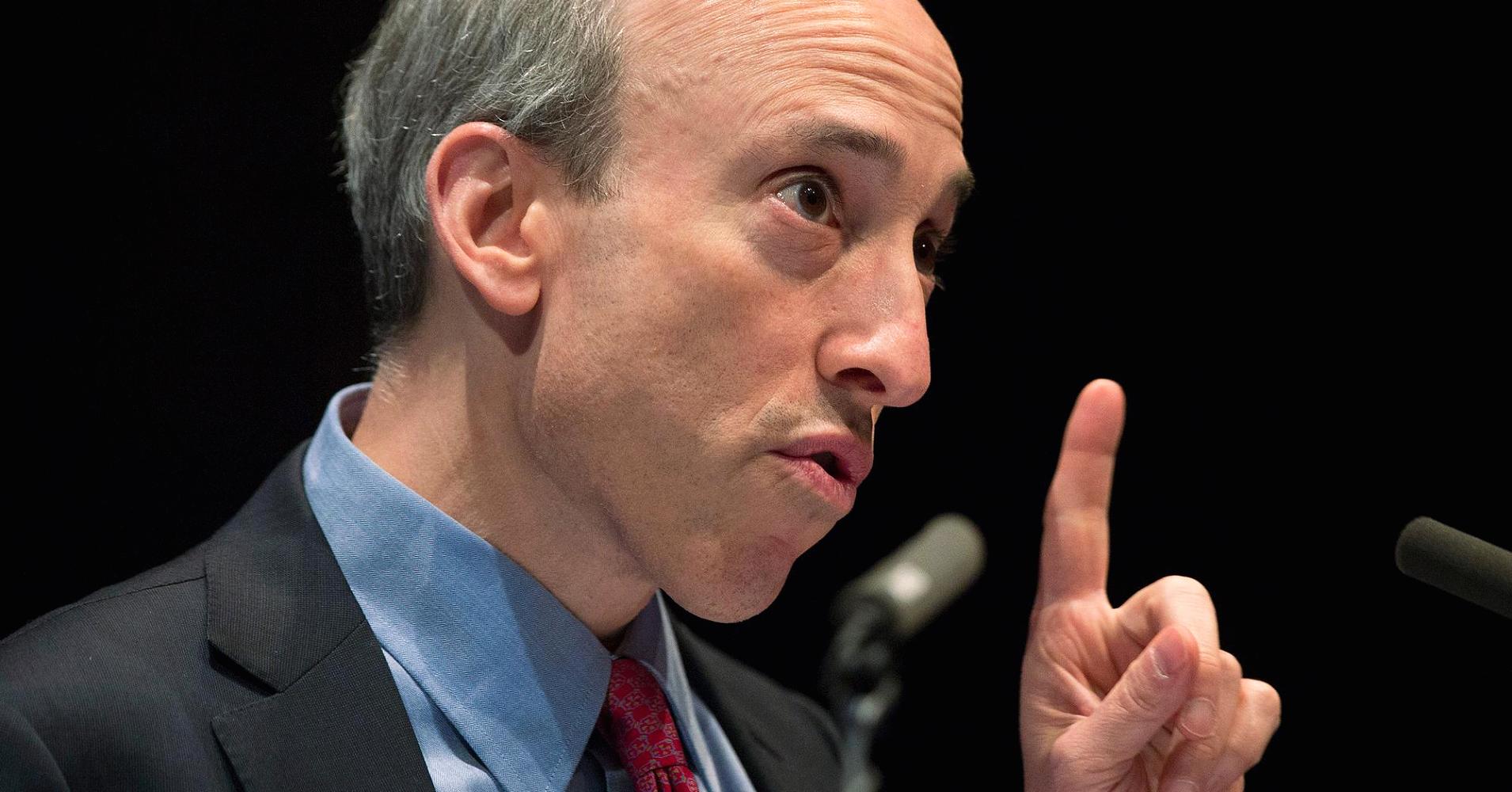 SAN FRANCISCO — Gary Gensler was one of the top financial regulators in the Obama administration, the finance chief for Hillary Clinton’s 2016 presidential campaign and, before both of those jobs, a partner at Goldman Sachs.

Now, like many other big names from business and government, he is plunging into the world of the blockchain, the data-tracking technology introduced by Bitcoin.

Mr. Gensler, 60, has recently gone to work at the Massachusetts Institute of Technology, where he will write and teach about the potential he sees for blockchains to change the financial world.

He will also use his position to warn about how many of the current projects in the world of virtual currencies, including some of the biggest, are likely to face a significant moment of reckoning with regulators.

Mr. Gensler is set to say in a speech at M.I.T. on Monday that the second and third most widely used virtual currencies, Ether and Ripple, have most likely been issued and traded in violation of American securities regulations.

“There is a strong case for both of them — but particularly Ripple — that they are noncompliant securities,” he said in an interview. He believes Bitcoin, the original virtual currency, can remain exempt from securities regulations.

Mr. Gensler will be one of the most influential voices to weigh in on a series of questions that are likely to shape the future of the nascent industry.

The Securities and Exchange Commission and the agency that Mr. Gensler led from 2009 to 2014, the Commodity Futures Trading Commission, are in the middle of determining how to categorize and crack down on many of thevirtual currencies created in recent years.

Most of the focus has been on smaller currencies that were issued through so-called initial coin offerings, or I.C.O.s, a method of fund-raising in which entrepreneurs sell custom virtual currencies.

But Mr. Gensler believes that better-known virtual currencies like Ether and Ripple should be in that conversation as well and should likely be categorized as securities, given the way they have been created and sold.

“2018 is going to be a very interesting time,” Mr. Gensler said. “Over 1,000 previously issued initial coin offerings, and over 100 exchanges that offer I.C.O.s, are going to need to sort out how to come into compliance with U.S. securities law.”

The people behind both Ether and Ripple have argued that their tokens are not securities. But there are signs that the S.E.C. could be receptive to Mr. Gensler’s argument. Regulators have indicated in private meetings with industry participants that they are considering whether Ether should be categorized as a security.

If they are deemed to be securities, it could become illegal for Americans to trade them on most of the exchanges where they are now traded. That would make it harder to buy and sell them and depress their prices.

Mr. Gensler developed a reputation for standing up to powerful financial interests when he was the head of the Commodity Futures Trading Commission.

Before he got into office, some worried that his background at Goldman Sachs would make him hesitant to take on the big banks. But as the chairman of the commission he became one of the most aggressive watchdogs in the effort to rein in Wall Street after the financial crisis.

Joi Ito, the director of the M.I.T. Media Lab and a member of the board of directors of The New York Times, said the combination of Mr. Gensler’s record of independence and his knowledge of finance and policy was what made him so attractive to M.I.T.

Mr. Ito has built the Digital Currency Initiative at the Media Lab in an effort to gather a collection of virtual currency experts who don’t have a financial interest in them, though the initiative does provide financial support for some developers working on the Bitcoin software.

“It’s important that you have a core group of people who aren’t in it for the money, and who care about the proper architecture for the long run,” he said.

Mr. Gensler has a dual appointment as a special adviser to the Media Lab and a senior lecturer at the M.I.T. Sloan School of Management, where he will teach a class on the blockchain in the fall.

The original blockchain is the ledger on which all Bitcoin transactions are recorded. The Bitcoin blockchain is updated by a network of computers so that no central authority is needed.

While most blockchain experiments are in an early stage, Mr. Gensler said he had become convinced that blockchains could replace many of the middlemen in the financial industry.

For now, though, his words are likely to have their greatest impact on the quickly evolving debate about how virtual currencies should be regulated.

Most industry experts, including Mr. Gensler, assume that Bitcoin is safe from being categorized as a security because it was not originally issued through an initial coin offering or a central organization, and the software is maintained by a decentralized group of developers. Some other virtual currencies, like Litecoin and Monero, have similar designs.

But Mr. Gensler said Ether could have more problems because the first Ether tokens were sold in 2014, before the network was functional, by the Ethereum Foundation.

Ether could get off the hook, Mr. Gensler said, because its development has been more decentralized recently, and new Ether tokens are now given out to so-called miners through a network.

Aya Miyaguchi, the head of the Ethereum Foundation, said in an email that the foundation “neither controls the supply of nor has the ability to issue Ether, and the quantity of Ether that the foundation holds (under 1 percent of all Ether) is already lower than that held by many other ecosystem participants.”

But Mr. Gensler said it would be much harder for the Ripple token, known as XRP, to avoid being categorized as a security. The company that oversees Ripple’s development still holds most of the XRP tokens and does most of the work to make the software and the token valuable, he said.

A spokesman for the company Ripple, Tom Channick, said XRP should not be a security.

“XRP does not give its owners an interest or stake in Ripple, and they are not paid dividends,” he said. “XRP exists independent of Ripple, was created before the company and will exist after it.”

Mr. Gensler, who has no virtual currency investments, said he was not tied to any coin’s winning the race. But he does think changes are necessary before blockchains can go mainstream.

“I would be surprised if 10 years from now this isn’t somewhere in the financial system in a meaningful way,” he said. “But so much of the stuff that is being promoted now will not be around.”