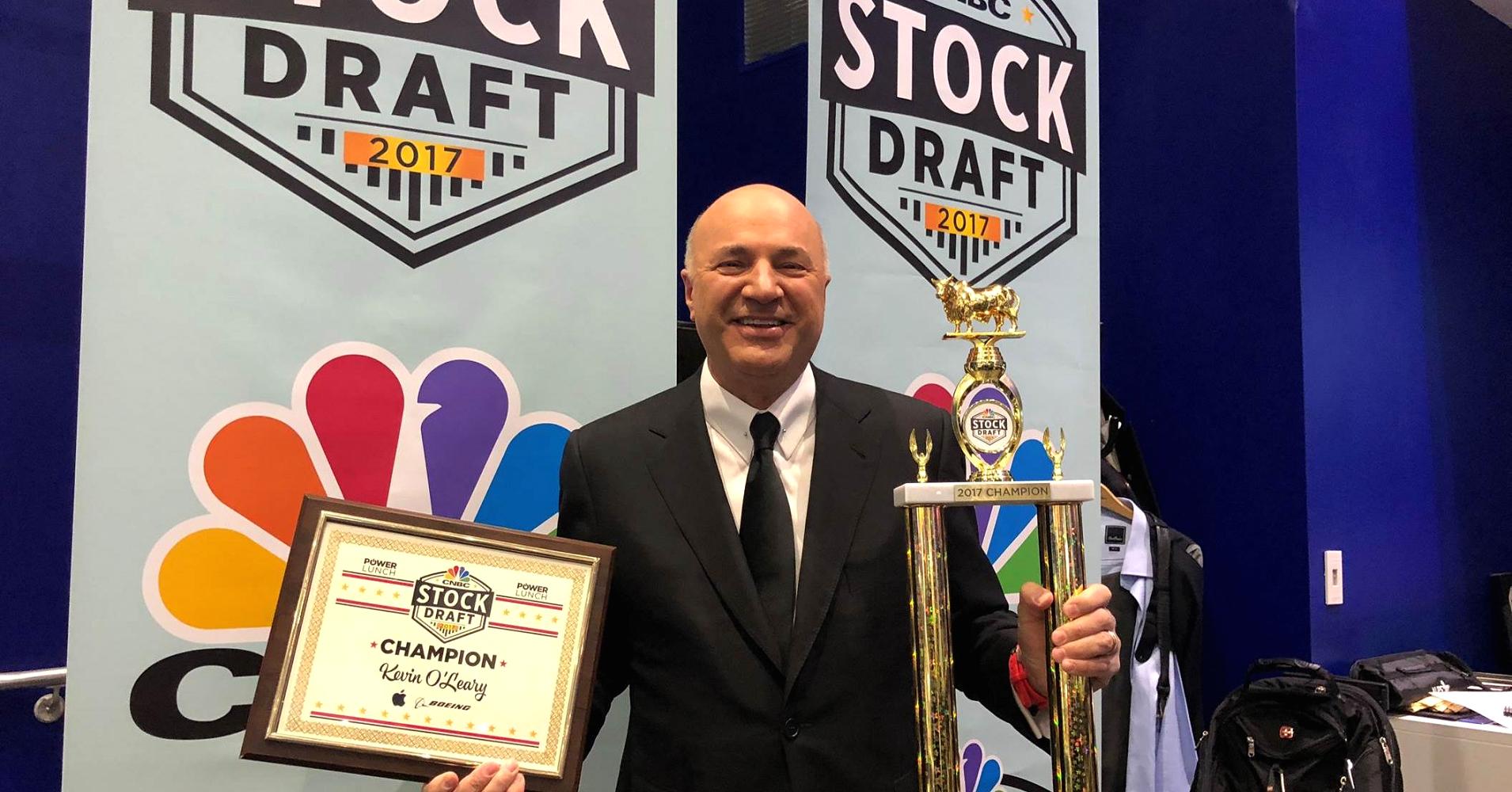 Blue Apron shares jumped Thursday after Kevin O’Leary from ABC’s “Shark Tank” made the stock one of his picks during Power Lunch’s 2018 CNBC Stock Draft.

In recent months, Blue Apron has toppled over 80 percent from its IPO price in June 2017.

“Having gotten close to that industry, getting involved with Plated, which was acquired by Albertsons … I thought, I know this space,” O’Leary said after the draft. “Blue Apron can’t survive on its own and it’ll get acquired, and I’m thinking the acquisition price could be between $4 and $5.”

The competition works like this: Eight teams (including O’Leary) picked one investment each round, for three rounds, from a list of 60 options — everything from Amazon to Bitcoin. The performance of those picks from the stock’s closing price on Apr. 26, 2018, through the Super Bowl on Feb. 3, 2019, not including dividends, will determine the winner.

O’Leary, the annual CNBC competition’s reigning champion, chose Blue Apron in the second round of the draft, rounding out his Boeing and Chevron picks. He anticipates an acquisition will boost the stock.

“I’m very disappointed the stock popped because I would rather it did that tomorrow,” O’Leary said. Still, he sees the pick as a speculative play. “They’ll either go to $0, or $4 or $5.”