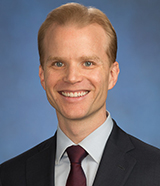 Goldman Sachs believes that the changing role of BNDES in Brazilian infrastructure finance will lead to a boom for it and other private-sector financiers.

The bank, which appointed the former president of BNDES Maria Silvia Bastos Marques as its country president in February, has been preparing for the end of the ‘crowding out’ effect of the development bank as Brazil’s fiscal challenges lead to lower public-sector financing.

“With the current macro-economic environment and fiscal situation in Brazil, BNDES is becoming more selective in terms of how it supports various companies and projects, and the pricing it provides,” says John Greenwood, managing director and co-head of project, infrastructure and principal finance at Goldman Sachs in Brazil.

This shift, he argues, has already opened the door for the private sector.

BNDES, the Brazilian state development bank, has recently begun shifting towards charging a market rate interest rate and has signalled that any subsidies will be targeted at assets that have a role in social provision and will not apply to sectors that should be able to attract private finance.

The Brazilian government had also helped to attract private financing for infrastructure projects in the country with a law (12,431) passed in 2011 that provides withholding tax relief to private investors in debentures financing such projects.

The domestic retail segment has therefore been the dominant buyer of project risk in the domestic capital markets, especially as, until recently, the country’s institutional investors have been able to meet their actuarial rates of returns by buying sovereign bonds.

This has restricted the potential size of issuance in the domestic markets to around $200 million-equivalent and with maximum tenors of around 10 years – both too constrictive for the country’s large-scale infrastructure financing needs.

Meanwhile, international issuance of Brazilian project risk has been thwarted by the local currency risk element of these deals. Hedging the currency risk into euros or dollars has been either prohibitively expensive or simply not possible, given the tenors.

However, a recent deal led by Goldman Sachs has seen a breakthrough for the sector with the first large-scale distribution of real-denominated fixed income risk.

In April, the bank issued $964 million of debentures as part of a $1,363 million financing of what will be Latin America’s largest gas-fired combined-cycle power plant in the Brazilian state of Sergipe.

To do so, Goldman in effect removed the project risk from the notes, which enabled the bank to target a wider universe of local currency emerging market (EM) investors, who were compensated with a lack of liquidity premium over their traditional sovereign bond investments.

The bank was therefore able to structure the transaction to achieve full credit substitution and obtained a rating on the notes reflecting the credit quality of the insurer (AAA/AA+) rather than the underlying project.

Serv was willing to provide a guarantee of 95% of the value of the structured notes and so Goldman Sachs included a 5% loan in the structure to get the coverage to 100%.

This is a notable moment for the market – the first time that a local currency bond of this size and tenor has been issued with offshore distribution.

Goldman’s Greenwood says the bank’s experience of selling Mexican and Colombian peso-denominated project bonds in the past few years convinced the bank that there was a market for such local currency bonds from Brazil.

However, he admits that there was lots of structure and pricing discovery.

“It was obviously very challenging to find investors that would be willing to take long-dated local currency exposure in the context of structured credit with less liquidity than the underlying sovereign benchmark,” he adds.

“That is why it was so important to get the full credit substitution of the ECA to provide investors with credit and convertibility protection that provided value relative to direct exposure to the sovereign bonds.”

However, the bank declined to give any details about the amount of bonds it has subsequently placed with investors.

To facilitate the execution of such an untested structure, Goldman took on a ‘traditional’ underwriting role, committing to buy the whole of the $964 million-equivalent issue.

This ensured that the deal, which took more than a year to come to market, including the time the sponsors spent trying to arrange commercial banking support, could survive market volatility – an important feature given current fluctuations in EM currencies.

And despite the highly structured nature of the transaction, Greenwood says he sees replicability for the deal in Brazil and elsewhere in the region.

“Given the local currency aspect of transaction, the obvious markets in the region for this type of structure are Brazil, Colombia and Mexico,” he says.

“We have been talking to the other ECAs and they are very interested in the deal, as it shows that capital-markets financing can be an efficient financing source relative to traditional commercial bank terms for local currency transactions in Brazil.”

Greenwood adds that the deal’s structural principles could also apply to offshore transactions for dollar-denominated debt, which brings countries like Argentina into the mix.

Sources at BNDES say they were kept informed as the deal progressed and were both interested and pleased that the private sector was able to finance a deal without any BNDES support.

Given the background of the bank’s new president, it is fair to assume that Goldman will also be eager to explore deals that partner with BNDES in the future.