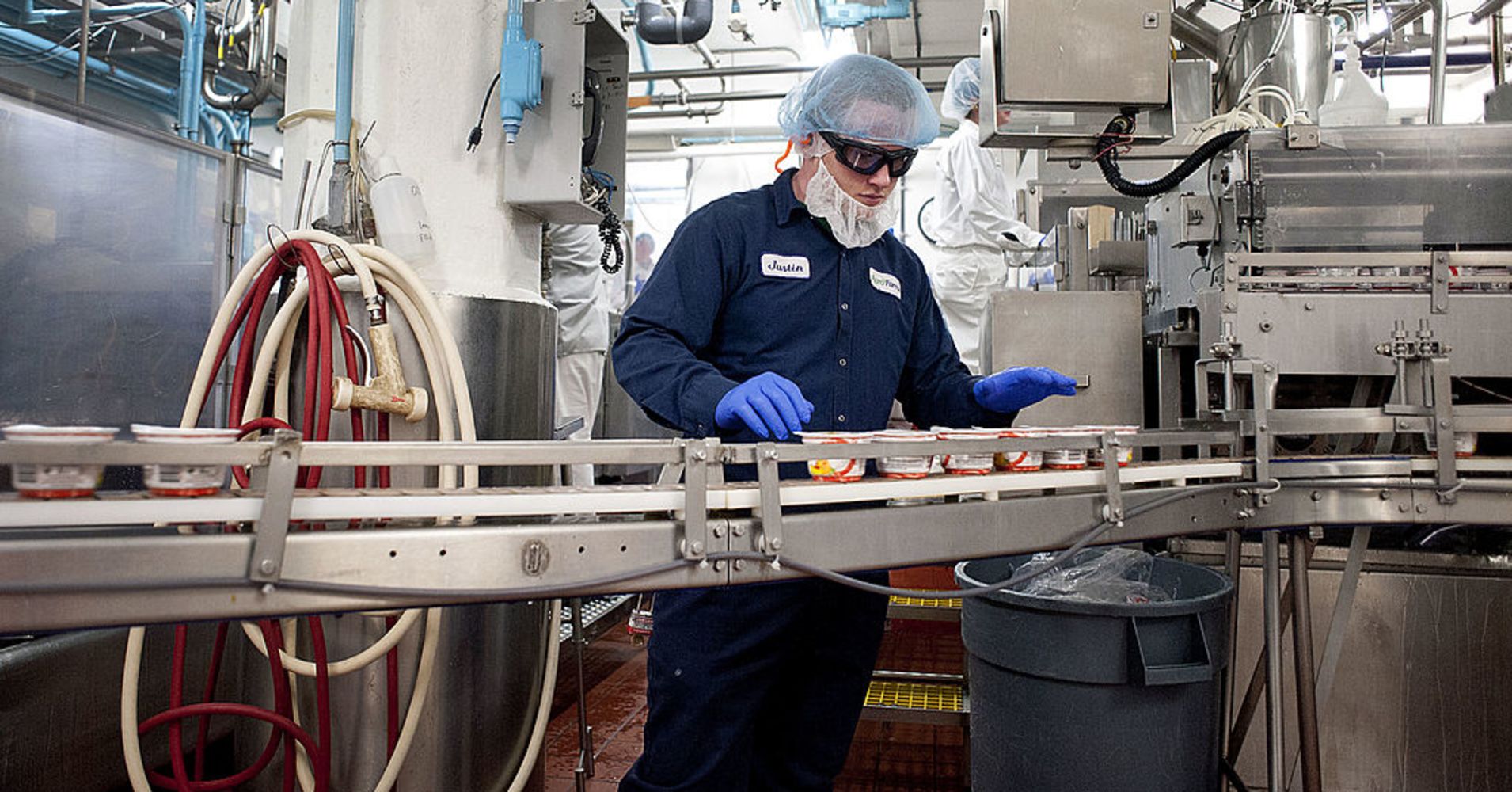 The Mehic family fled their home in Bosnia in 1999, four years after the end of the civil war that ravaged the former Yugoslavia. They applied to the United Nations for refugee status, endured more than two years of extreme vetting and ultimately landed in Utica, New York, in the summer of 2001.

That upstate city — itself tattered by the exodus long ago of once-thriving manufacturers, a huge air force base and 40 percent of its population — might seem an unlikely haven for refugees hoping to start their lives over in America after being exiled by war, persecution, famine and other catastrophes.

To the contrary, Utica for nearly four decades has warmly welcomed more than 16,000 refugees, from Bosnia and about 30 other troubled nations. Today, even as the Trump administration’s immigration policies severely restrict refugee resettlement — capping the number of refugees to 45,000 (the lowest yearly total since 1975) — this castoff cohort is widely credited with revitalizing Utica’s economy. It also has added a new wave of cultural vibrancy to an area already proud of its rich immigrant legacy.

“The refugee population has helped the city’s economy tremendously,” said Brian Thomas, commissioner of Utica’s Department of Urban and Economic Development, “not only adding to the quality of life but also the diversity of our neighborhoods and schools, as well as to the diversity of our retail business offerings.”

It may also have an impact beyond Utica. New York is the most improved state in CNBC’s 2018 America’s Top States for Business rankings, jumping 11 spots to No. 27, thanks largely to a rebounding economy. The state still lags the nation in some key indicators — unemployment in May was 4.5 percent, and job growth was just over 1 percent. State GDP grew by just 1.1 percent last year and was flat to start this year. But on the flip side, state finances have improved, foreclosure activity has slowed, and housing prices have increased by a healthy 8.6 percent in the first half of this year. New York prides itself on strong worker protections, including one of the strongest antidiscrimination laws in the country, as well as welcoming communities like Utica.

Refugees work nearby at the Chobani yogurt factory in New Berlin; Turning Stone Resort Casino in Vernon; International Wire in Camden; and Keymark in Fonda, an aluminum parts maker where they comprise 40 percent of the 550 employees. Entrepreneurs among them have opened dozens of ethnic restaurants and food markets, boutiques, auto dealerships and repair shops, construction companies and other retail and service businesses.

“I love when my family visits, because we get to try all the different cultures’ foods,” said Samantha Madison, a reporter for the Utica Observer-Dispatch and transplant from New Hampshire who lives in an old Italian neighborhood that’s now predominantly Bosnian.

“Like immigrants who came here before, these refugees are driven to succeed,” stated Shelly Callahan, executive director of the Mohawk Valley Resource Center for Refugees, a nonprofit group founded in 1981 as an affiliate of Lutheran Immigration and Refugees Service, one of nine resettlement agencies in the United States designated by the U.N. Nations High Commissioner for Refugees. Callahan was referring to the Italians, Germans, Poles, Irish and others who migrated to the region to work on the Erie Canal, which broke ground in neighboring Rome in 1817 and never left. By World War I around 20,000 Uticans were employed in a booming textile industry, which was replaced a few decades later by manufacturers of everything from radios to radiators.

Yet Utica and surrounding Oneida County eventually devolved into one more northeast Rust Belt city, losing major employers such as General Electric and Lockheed Martin during the 1980s and ’90s. The Pentagon shuttered Griffiss AFB in 1995, wiping out 5,000 jobs and 30 percent of the city’s economic base. Utica’s population, which stood at 100,000 in 1960, plunged to an estimated 60,652 by 2016.

While similarly depressed cities have survived by developing high-tech or service industries, Utica is being revived by investing in human capital, albeit sourced via extraordinary circumstances. Often arriving unskilled but eager to work, refugees willingly take low-paying jobs local companies need to fill but natives tend to shun. Refugees have purchased rundown houses in blighted urban neighborhoods and spruced them up, bolstering both the real estate market and the tax base.

Despite critics’ complaints that refugees take undue advantage of food stamps, Medicaid and other publicly funded social services, research shows quite the opposite — that while upfront costs are certainly absorbed by taxpayers, in the long run these newcomers have a positive impact on the local economy and the community at large. A study released last summer by the National Bureau of Economic Research found that refugees who came to the U.S. as adults pay $21,000 more in taxes than they receive in benefits over their first 20 years.

Paul Hagstrom, an economics professor at Hamilton College, just south of Utica in Clinton, New York, has been studying the region’s refugee population since 1999. He compiled data from the previous 10 years, comparing how long refugees remained on social programs versus the benefits they contributed to the local economy after entering the workforce.

His initial report, issued in 2000, found that the first year net cost of a single refugee household is about $4,413 ($6,381 in 2018 dollars), covering education, temporary cash assistance and Medicaid, but that those outlays decrease over time. “The primary fiscal benefits accruing from refugees stems from their participation in labor markets (and therefore consumption of local goods) and real estate markets,” the report stated. “Direct benefits are derived from sales and property taxes, while indirect benefits accrue through positive effects on local real estate markets.”

More from Top States for Business:

Top 10 states that are winning the war for talent

America’s best states to live in

Since then, Hagstrom has examined the even longer-term economic impact among refugees who have stayed in the community for nearly three decades and moved up the employment ladder from low-paying first jobs. “They’re now social workers, translators, healthcare professions and teachers,” he said. While Hagstrom hasn’t polled the city as a whole, “I do have the feeling that people are feeling much better about their lives here than they were 10 years ago.” Utica hasn’t completely climbed out of its economic abyss, he observed, “but there is a degree of optimism.”

“I was five when we moved to Utica,” said Ben Mehic, summoning up still-vivid memories of his family’s tearful goodbyes to relatives in Bosnia. “I had no idea what was going on,” he added in perfect English learned in public school ESL (English as a second language) classes and by watching cartoons like Dora the Explorer and SpongeBob SquarePants. He’s now 22, an honors graduate of Utica College, a freelance sportswriter and about to start his first year at Albany Law School. Only in the past few years has his father, who fought in the war, begun talking about the horrors he experienced, such as seeing a comrade “literally roasted over a fire.”

Soon after arriving in Utica, Mehic’s parents found a place to live and were each working two minimum-wage jobs, racking up at least 60 hours a week while also caring for Ben and his brother. The family quickly made friends with some of the thousands of other Bosnian refugees who’d resettled there around the same time, joined by expatriates from Russia and other former Soviet Union countries, Vietnam, Sudan, Somalia, Congo, China, Iraq, Myanmar and other nations. During the 1990s, the MVRCR was bringing in more than 750 refugees a year, to where they now represent more than 20 percent of the city’s population.

Since 1975, the U.S. has resettled more than three million refugees from all over the world in all 50 states, according to the United Nations Refugee Agency. The arduous screening process, completed aboard and taking at least two years, involves eight U.S. government agencies, six security databases, five background checks and three in-person interviews.

Although many cities accept refugees, Utica is a unique social laboratory. Because of the city’s relative size, the MVRCR can manage the full range of services that might be split up among four or five separate agencies in a larger city. “Each refugee initially receives $1,125, mostly in federal funds, that we spend on their behalf on rent, household goods, clothing, groceries, etc.,” Callahan said, noting that six months after they get to town, they owe their airfare back to the U.S. government. “They’re expected to learn the language, get a job and start on the path to self-sufficiency.”

MVRCR provides ESL classes and helps match newly arrived refugees with employers. The agency partners in those essential efforts with Mohawk Valley Community College (MVCC), whose faculty includes seven full-time ESL teachers on a campus where more than 40 languages are spoken. “Students can earn one-year certificates and move right into the workforce,” said MVCC president Randy VanWagoner, citing skills-training courses in carpentry, masonry, welding and machining. “They go where the jobs are.”

Recognizing the entrepreneurial spirit among refugees, MVCC and MVRCR teamed up to open a small-business incubator, dubbed the thINCubator, in the Bagg’s Square area downtown. It’s spawned One World Artisans, a marketplace where refugees sell their jewelry, foods, clothing and other homemade wares from carts.

As much as Utica has embraced its refugee community, and vice versa, the pipeline bringing them together has been crimped by the Trump administration’s dramatic cutbacks in the federal resettlement program. The Obama administration admitted an average of about 67,000 refugees each year, according to the Refugee Processing Center. President Trump campaigned on a populist, anti-immigration agenda, often singling out refugees as targets. Once in the White House, he reduced the number Obama had pledged to allow in the country during fiscal year 2017 by more than half, from 110,000 to less than 50,000. For fiscal year 2018, the administration further lowered the threshold to 45,000, but as of March 31, only 10,548 had been allowed in the United States — a pace for about 21,000 refugees, which would be the lowest number since 1980.

“We always felt like we were in a partnership with the State Department,” said Callahan, “but not anymore. It’s essentially dismantling the resettlement program. It’s unconscionable for the U.S. to just pull out of our legacy as a country that welcomes refugees. It’s also economic foolishness.”

Utica had been taking in nearly 400 refugees annually over the past several years, but Callahan anticipates about half as many this year. Beyond the humanitarian impact, the reduction threatens to shrink the city’s workforce, a detriment already felt at Keymark. “We’re definitely slowing down in hiring [refugees],” said the HR department’s Giniene Raymond. “We’ve been told we’re not getting as many people in the country.”

Nonetheless, Utica remains committed, Hagstrom said, mentioning a public forum where officials “talked about the positive refugee impact on the area and that they’ll do everything to ensure they keep coming.” And in turn the refugees are loyal to Utica, he said, pointing to a survey question from his current research. When asked how political activities over the past year have changed their view of the city, “71 percent say it’s encouraged them to like Utica better,” Hagstrom reported. “They realize that they’re in a pretty good situation here.”