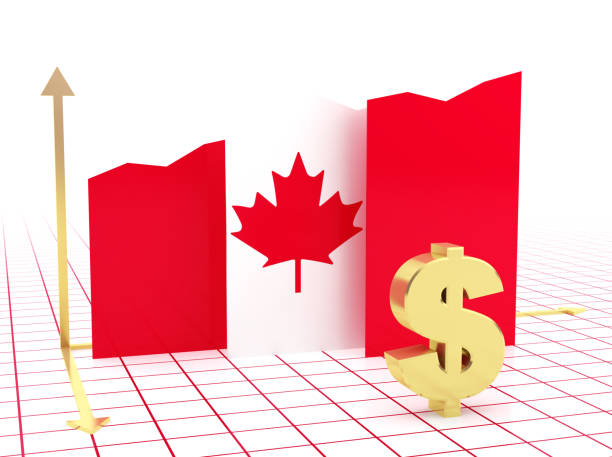 BOC delivered its fourth post-crisis rate hike in July. While the increase of +25 bps had been widely anticipated, the accompanying statement and the updated growth forecasts appear more hawkish. While raising GDP growth outlook for 2019 and 2020, BOC’s wage growth forecast remained benign. Meanwhile, it heightened its caution over US’ trade policy and reaffirmed that any monetary decision in the future would be data-dependent and adopted gradually.

Globally, BOC retained the growth forecasts a 3.75% and 3.5% for 2018 and 2019, respectively. Yet, it cautioned that “the possibility of more trade protectionism is the most important threat to global prospects”. The members also attributed this to recent weakness in Canadian dollar.

At home, the members reiterated the view that the economy is operating close to capacity but noted that “the composition of growth is shifting”. They added that “temporary factors are causing volatility in quarterly growth rates”. The accompanying statement noted that “business investment is growing in response to solid demand growth and capacity pressures, although trade tensions are weighing on investment in some sectors”. BOC retains the expectations that growth would be close to +2% over 2018-2020. As indicated in the Monetary Policy Report (MPR), GDP growth would reach +2% in year. The forecasts are revised higher, to +2.2% and +1.9%, respectively, for 2019 and 2020. We would like to stress that the upbeat rhetoric about business investment, as appeared in policy statement, refers only to this year’s situation. Indeed, the upgrades in 2019 and 2020 growth forecasts were driven by better expectations on consumer spending, which is expected to offset deterioration in business investments in years to come. As the MPR suggested, business investments would be tempered by US tax reforms and trade tariff.

On inflation, BOC expects headline CPI to “edge up further to about +2.5% before settling back to +2% by the second half of 2019”. In short, “CPI and the Bank’s core measures of inflation remain near +2%, consistent with an economy operating close to capacity”. However, underlying wage growth might slow a bit, according to BOC’s forecast of +2.3%. This suggests that there are still slack in the labor market.

On the monetary policy outlook, BOC reiterated that stance that “higher interest rates will be warranted to keep inflation near target”. This is accompanied by the emphasis that any decision would be data-dependent and carried out gradually. The central bank in particular added that it is “monitoring the economy’s adjustment to higher interest rates and the evolution of capacity and wage pressures, as well as the response of companies and consumers to trade actions”.